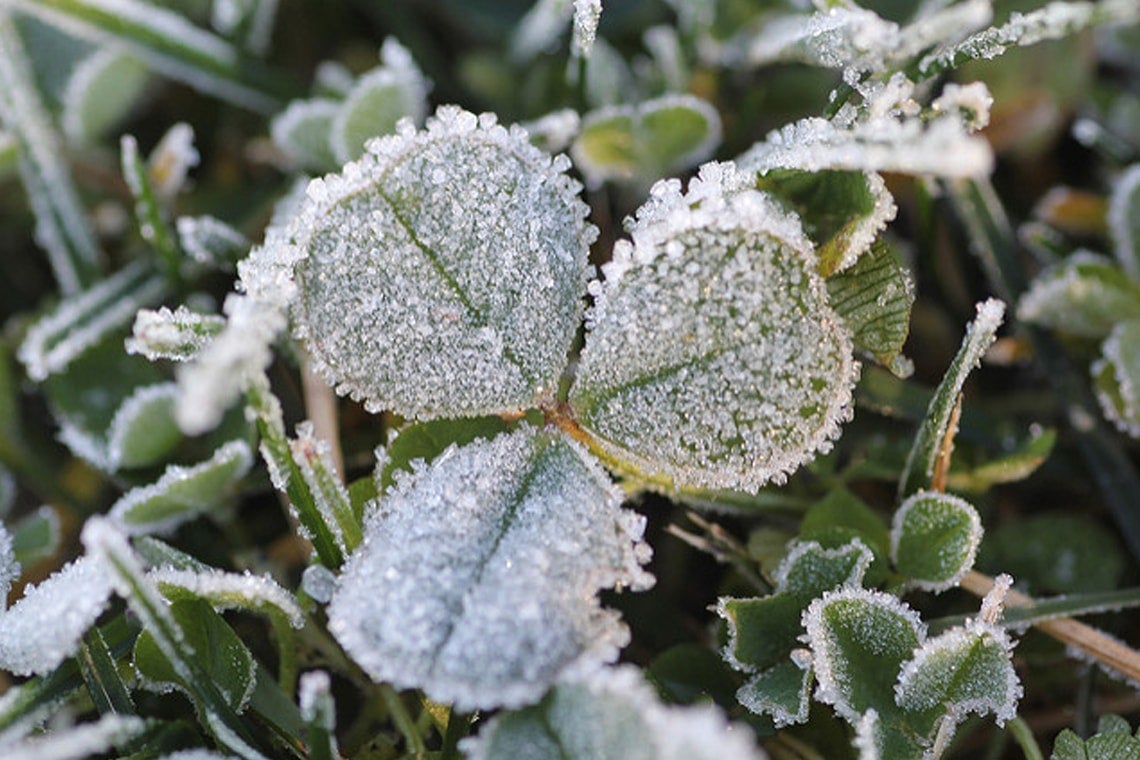 A tiny plant is providing big clues about how urbanization is driving the evolution of living organisms.

New research from U of T reveals the first evidence that the common white clover changes genetically to adapt to urban environments.

The study by U of T Mississauga researchers Ken Thompson and Marc Johnson also reveals surprising new information about the effect that city temperatures may play in the process. Marie Renaudin of AgroSup Dijon is a co-author on the paper, which appears in the journal Proceedings of the Royal Society B.

“Humans build cities and live in them, but many other organisms live in our cities too,” says Thompson, who conducted the research while working on a master’s degree in ecology and evolutionary biology at U of T. “We wanted to see whether natural populations are adapting to urbanization. We also wanted to understand the ecological features of cities that might be driving such adaptations.”

The researchers studied white clover, which is commonly found in both urban and rural environments. Established traits of the plant include cyanogenesis, a poisonous chemical defence system that protects clover from herbivores.

When crushed, chemicals in the leaves combine to create hydrogen cyanide, which deters slugs and other creatures from eating the plant. But the chemical protection comes at a cost – if the clover freezes, those same compounds harm the plant. As a result, clover has evolved to be less likely to display cyanogenic traits in cold climates and more likely to display cyanogenic traits in warm climates.

“We saw this as the ideal model system to test if organisms adapt to cities,” says Johnson, an associate professor of biology at U of T Mississauga. “We know clover adapts to temperature variation at continental scales, and we know there are similar temperature changes across cities like Toronto, New York, Montreal and Boston.”

The research team sampled thousands of plants from clover populations along 50-kilometre paths between the urban core of Toronto and rural areas outside the city, looking for evidence of evolutionary changes in cyanogenic traits.

Air temperatures in cities are often a few degrees higher than surrounding rural areas due to a sparse tree canopy and acres of asphalt and concrete that absorb and reflect the sun’s heat. Because of this “urban heat island effect,” the researchers expected to find evidence of cyanogenic traits in urban clover.

“We expected the urban plants to have more cyanide in the city because warmer temperatures would result in less freezing,” says Thompson, who is now working on his PhD at the University of British Columbia. “But we found the exact opposite – populations are evolving decreased levels of cyanide toward the urban centre.”

The same pattern was repeated in clover samples from Boston and New York City.

“Data tells us that the air temperature is warmer in the city centre,” Thompson says. “We needed temperature data from the plant’s perspective.”

The team monitored ground-level temperature sensors over the winter. The sensors revealed a surprise – despite warmer urban air temperatures during the day, it is much colder at ground level in the city centre at night than it is in the country. They called it the “urban cold island effect.”

By analyzing satellite images, the researchers concluded that snow cover played a crucial part in the process.

“Snow is a great insulator of the ground so plants buried under snow are much warmer than plants that are not,” Thompson says. “Rural populations are more insulated by snow, but we found a decrease in snow cover in urban populations, leaving plants exposed to cold temperatures. This appears to cause natural selection for plants that lack cyanogenic traits in cities.”

The sole outlier in the study was Montreal, which experiences more urban snow cover than the other cities in the study.

“We’re learning that organisms are rapidly adapting to the unique environmental conditions associated with urbanization,” Thompson says. “We know a lot about the climates of cities, but this research shows that cities are having surprising effects on living organisms. We need more data on how evolution is happening to understand the effect of urbanization on living organisms.”