U of T researchers discover new creatures great and small 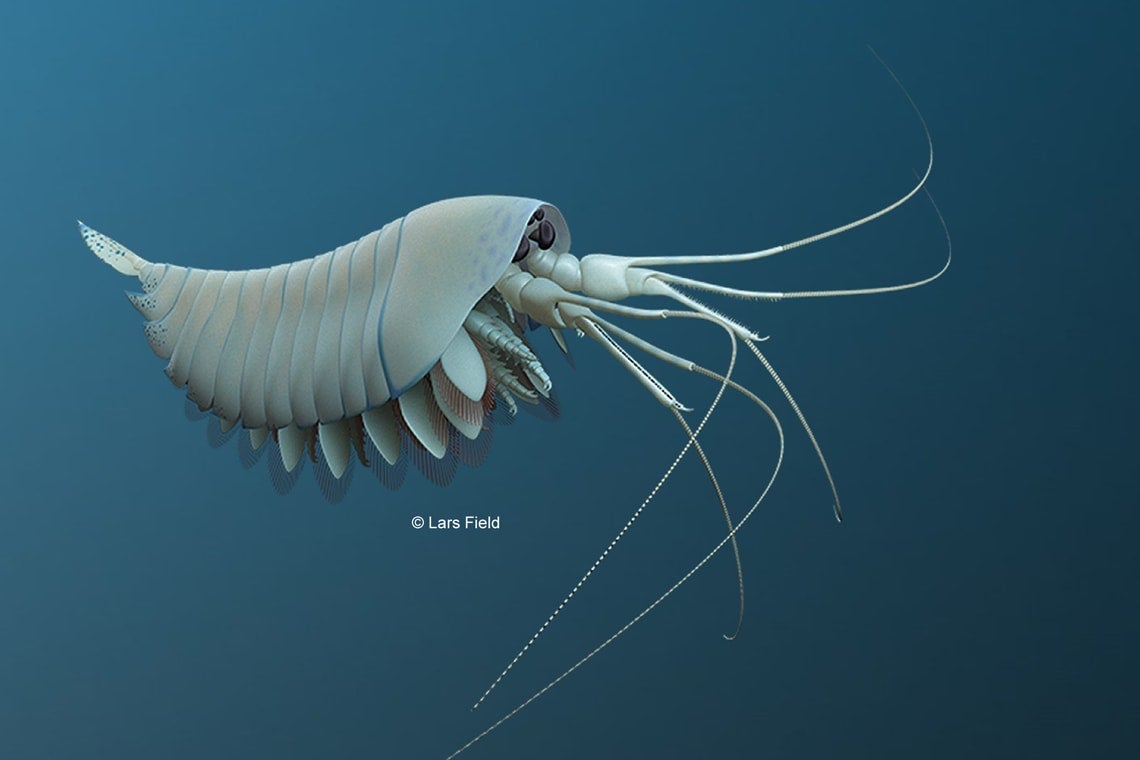 From a deep-sea creature that predates dinosaurs by 250 million years to a chameleon-like lizard in the Dominican Republic, meet six new species – some living and some extinct – that have been discovered by scientists at U of T's Faculty of Arts & Science over the last five years. 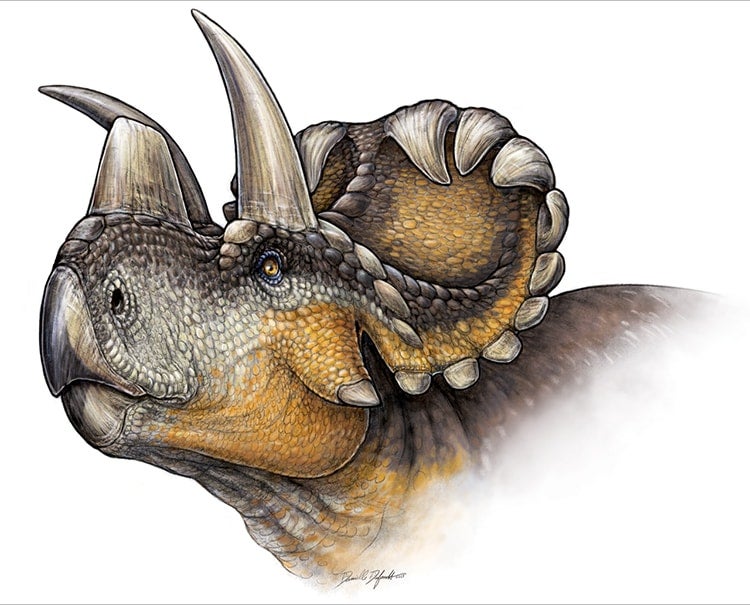 The “Wendy” dino – named for legendary Canadian fossil hunter and discoverer Wendy Sloboda – has been called “one of the most striking horned dinosaurs ever found.”

An early member of the Triceratops family, the elaborate horns and head ornamentation of Wendiceratops pinhornensis set it apart from its relatives.

The dino, found in southern Alberta in 2010, lived 79 million years ago, making it one of the oldest named members of the horned dinosaur family.

The research on Wendiceratops was completed by David Evans, an associate professor in U of T’s department of ecology and evolutionary biology and a curator of vertebrate paleontology at the Royal Ontario Museum, and Michael Ryan of the Cleveland Museum of Natural History.

It has greatly increased the understanding of the evolution of horned dinosaurs. 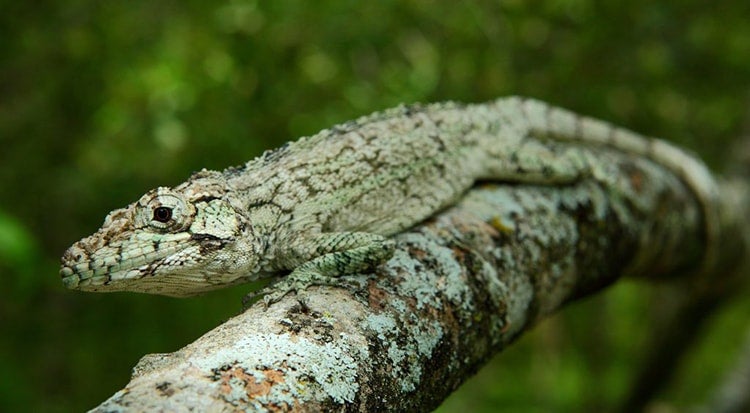 This chameleon-like lizard – a Greater Antillean anole named Anolis landestoyi for Miguel Landestoy, the naturalist who first spotted and photographed it – is one of the first new anole species found in the Dominican Republic in decades.

The new species was described by Luke Mahler, an assistant professor of ecology and evolutionary biology, as helping to piece together a long-standing puzzle of similar looking species that exist on different Caribbean islands.

“As soon as I saw the pictures, I thought, 'I need to buy a plane ticket,'” says Mahler, who was the lead author of the published article on the discovery.

Read more about the anole 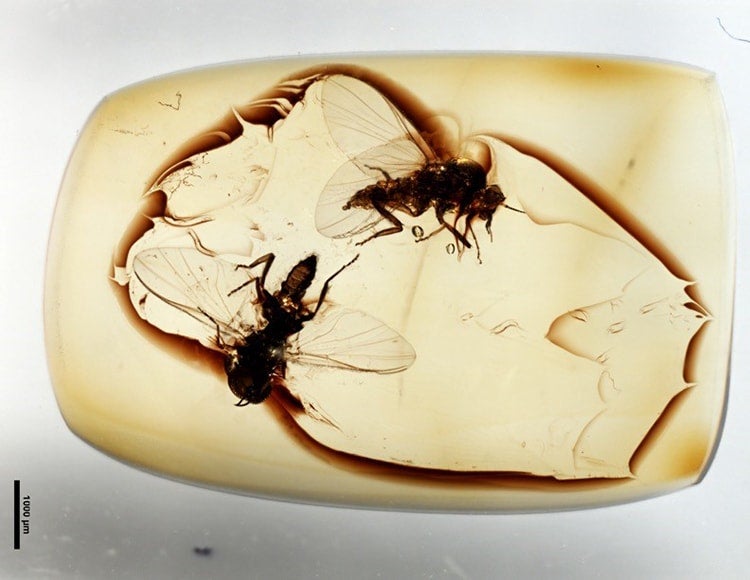 These black flies are preserved in 40 million-year-old Baltic amber.

They differ markedly from all other known fossil black flies so likely represent a new genus and species. The male (left) and female (right) were probably entrapped in tree sap while mating.

Douglas Currie, an associate professor in U of T’s department of ecology and evolutionary biology and senior curator of entomology at the Royal Ontario Museum and U of T postdoctoral researcher Mateus Pepinelli plan to formally describe and name these black flies in 2017.

Mazarunia charadrica is one of three new species of cichlids found only in the upper Mazaruni River basin of Guyana.

Hernán López-Fernández, an associate professor in U of T’s department of ecology and evolutionary biology and an ichthyology curator at the Royal Ontario Museum, discovered the new species.

It hails from a part of the world known for unique evolutionary treasures. 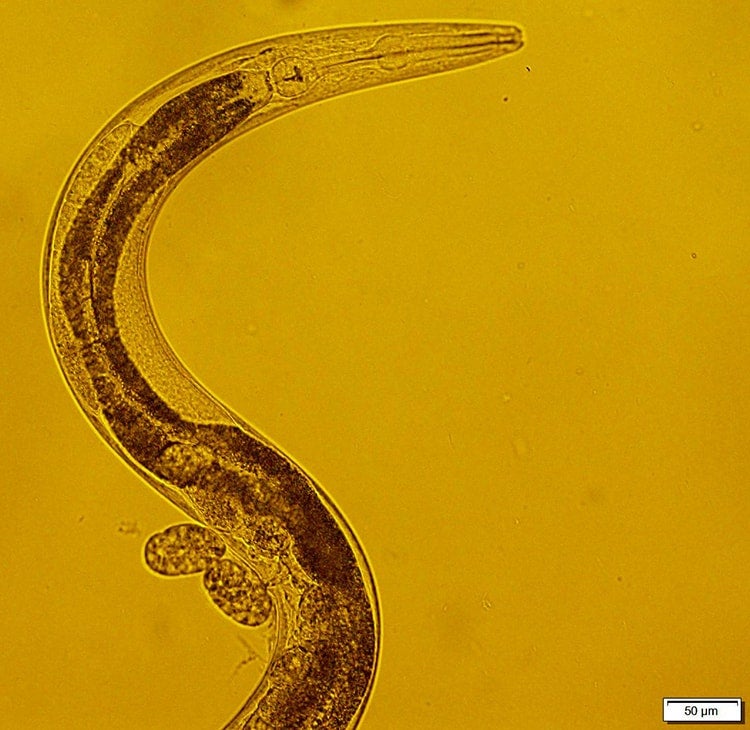 Caenorhabditis macrosperma is a new species of nematode roundworm found in the Nouragues National Reserve of French Guiana in South America.

As its name suggests, C. macrosperma has “giant sperm” that are more than 10 times larger than its more famous cousin, the biomedical model organism C. elegans.

Nematode sperm are special: instead of swimming, the cells crawl around inside the female to find and fertilize an egg. 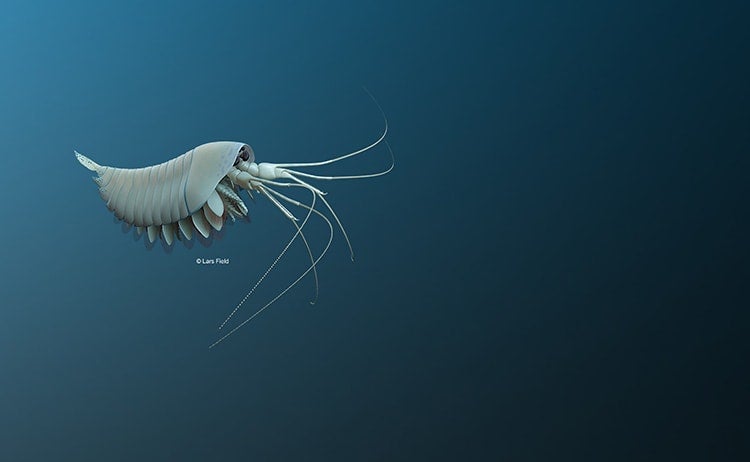 Yawunik kootenayi is a segmented marine predator with two pairs of eyes and prominent grasping appendages that lived 508 million years ago – more than 250 million years before the first dinosaur.

The marine predator is an ancestral representative of euarthropods, the largest group of animals, which includes butterflies, spiders and lobsters. Its multipurpose frontal appendages, both sensory and predatory, constituted an early adaptive strategy that has now been replaced by a division of tasks between multiple appendages.

It was discovered by a multinational group of paleontologists including Cédric Aria, a PhD candidate in U of T’s department of ecology and evolutionary biology and Jean-Bernard Caron, senior curator of invertebrate paleontology at the Royal Ontario Museum and an associate professor at U of T.