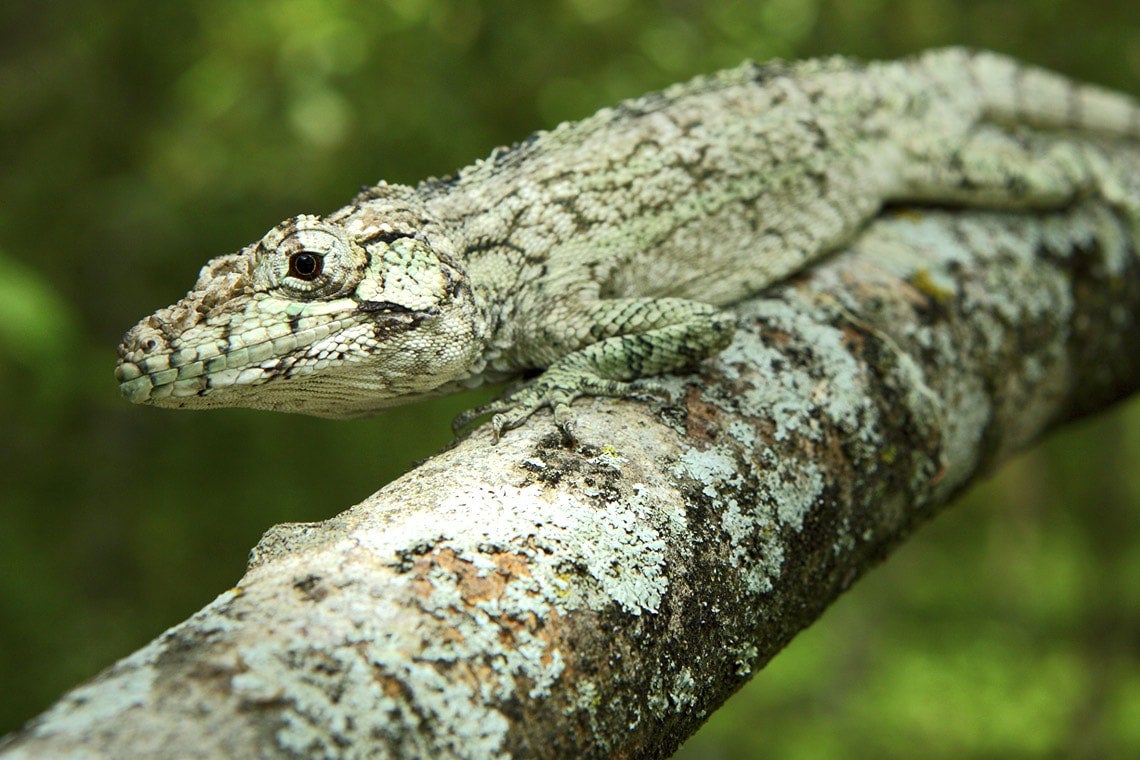 (photos of lizard by Miguel Landestoy)

Species is already at risk

A University of Toronto-led team has reported the discovery of a new lizard in the middle of the most- visited island in the Caribbean, strengthening a long-held theory that communities of lizards can evolve almost identically on separate islands.

The chameleon-like lizard – a Greater Antillean anole dubbed Anolis landestoyi for the naturalist who first spotted and photographed it – is one of the first new anole species found in the Dominican Republic in decades.

“As soon as I saw the pictures, I thought, 'I need to buy a plane ticket,'” says Luke Mahler of U of T’s department of ecology and evolutionary biology and lead author of an article on the discovery published today online in The American Naturalist.

“Our immediate thought was that this looks like something that's supposed to be in Cuba, not in Hispaniola – the island that Haiti and the Dominican Republic share,” says Mahler. “We haven't really seen any completely new species here since the early 1980s.”

What's more, the new species could help piece together a long-standing puzzle of similar looking species that exist on different Caribbean islands.

“I got a grainy photo from local naturalist Miguel Landestoy, who saw a nesting pair of birds that were mobbing a branch,” says Mahler. “He saw they were flying around what he thought was a new species of heavily camouflaged anole clinging to that branch.”

It wasn’t possible to say much from the photo though, and Mahler didn’t think much of it.

“You get all these people who say they found a new species but it's almost always just an atypical individual of a very common species,” says Mahler. “So you get pretty hardened against thinking claims like these are legit.”

A few years after the initial photo, Landestoy caught one of the lizards and emailed clear images of the find to Mahler and several other researchers he'd been working with. “As soon as I opened the email, I thought 'what on earth is that!?,'” says Mahler, pictured below with Miguel Landestoy (at right) and the first specimens of Anolis landestoyi. (Photo courtesy of Luke Mahler.) 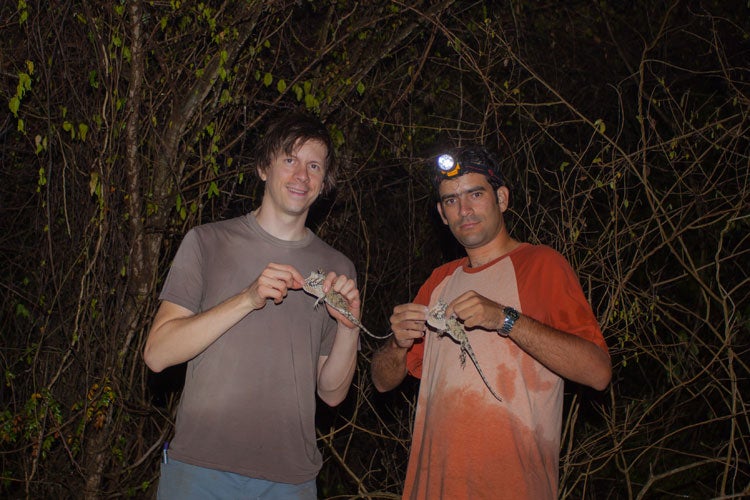 Well-studied ecologically, Greater Antillean anoles are a textbook example of a phenomenon known as replicated adaptive radiation, where related species evolving on different islands diversify into similar sets of species that occupy the same ecological niches.

Examples of this could be long-tailed grass dwellers, bright green canopy lizards, and stocky brown species that perch low on tree trunks, each living in similar environments on more than one island.

Although most Greater Antillean anoles may have a matching counterpart on another island, scientists have long known that a sizeable fraction do not – roughly one fifth of the region’s anole species are ‘exceptions to the rule’ so far.

Most noticeable among these unique lizards are Cuban anoles from the Chamaeleolis group.

Scientists believed there was nothing like these Cuban lizards on the other Greater Antillean islands.

Anolis landestoyi was found in the Dominican Republic but bears a strong resemblance to Cuba's Chamaeleolis anoles.

The new discovery suggests that there may be fewer exceptions to this island evolution rule than the science community previously appreciated.

“Like the discovery of a missing puzzle piece, Anolis landestoyi clarifies our view of replicated adaptive radiation in anoles,” says Mahler, noting that the discovery adds new support for the idea that the buildup of ecological communities on islands can be surprisingly predictable.

Though new to science, Anolis landestoyi is already at risk. The new species is restricted to a unique habitat only found in a small area in the western Dominican Republic that is rapidly disappearing due to illegal deforestation. Mahler, who also works with the International Union for Conservation of Nature (IUCN), hopes that the new discovery will help to bring attention to conservation issues in the region.

Next for Mahler and team is to figure out if Anolis landestoyi evolved on Hispaniola to be strikingly similar to Cuba's Chamaeleolis anoles or if the similarity is due to shared ancestry. The new species and Chamaeleolis are close relatives, but are not next of kin.

“We don't know if it's convergence or the fact that it’s pretty closely related to Chamaeleolis, which may have colonized Hispaniola from Cuba,” says Mahler. “But either way, things are more similar across these two islands than we thought.”

“I always wanted to describe a new species,” says Mahler. “Doing so is the fulfillment of a dream I've had since I was a little kid.” 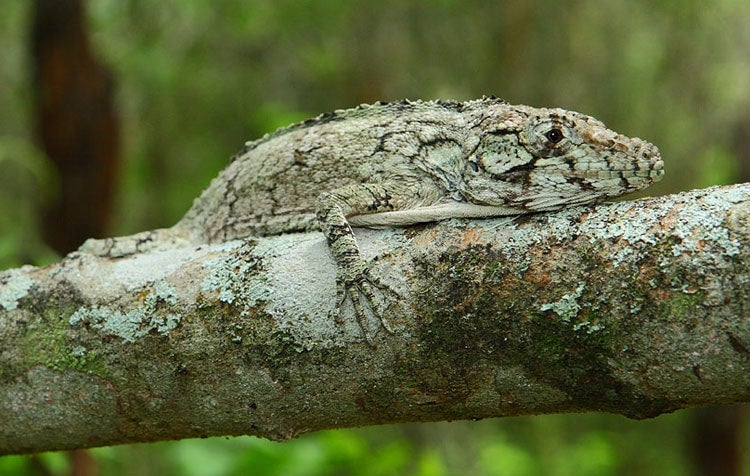