U of T researchers discover genetic network linked to autism 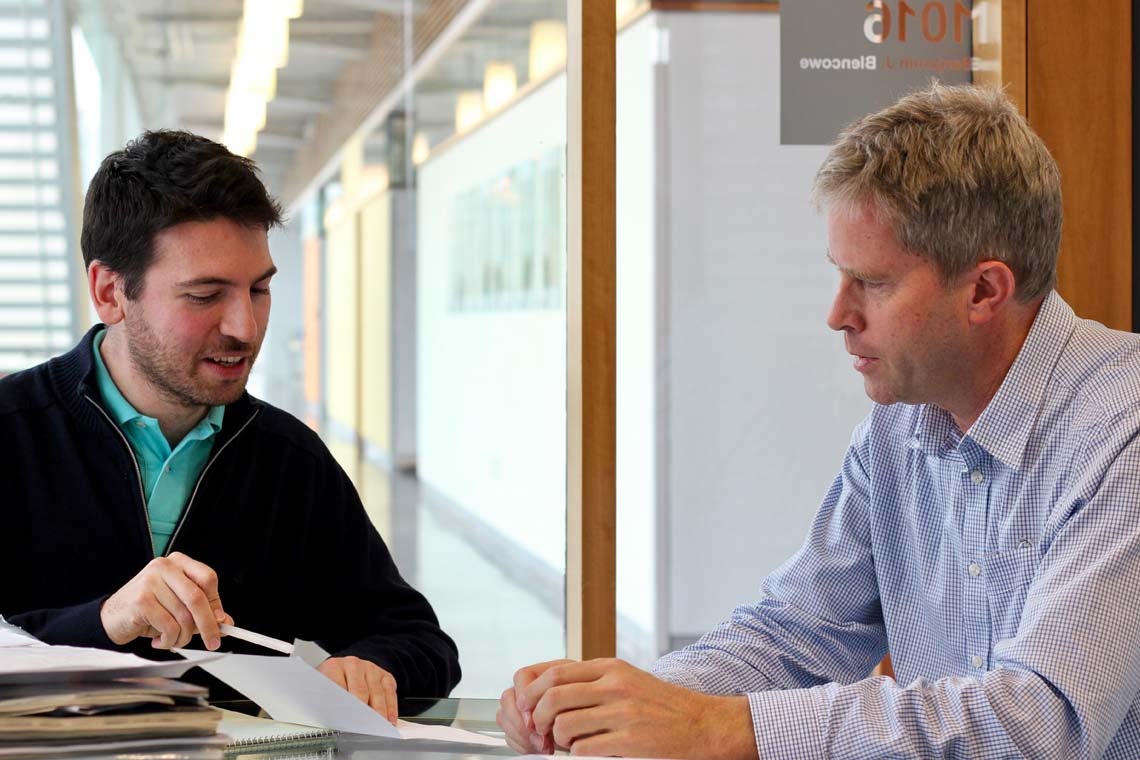 Researchers at the University of Toronto have uncovered a network of more than 200 genes linked to autism – a discovery that could lead to new therapies for the common neurological disorder.

The findings are part of a collaborative research program focusing on autism led by Benjamin Blencowe, a professor in U of T’s Donnelly Centre for Cellular & Biomolecular Research and the department of molecular genetics.

“Our study has revealed a mechanism underlying the splicing of very short coding segments found in genes with genetic links to autism,” said Blencowe, who also holds the Banbury Chair of Medical Research at U of T.

“This new knowledge is providing insight into possible ways of targeting this mechanism for therapeutic applications.”

The network of genes uncovered by postdoctoral researcher Thomas Gonatopoulos-Pournatzis, lead author of the study published in the journal Molecular Cell, is involved in controlling alternative splicing. That’s a process that diversifies protein molecules – cells’ building blocks – in the brain and other parts of the body.

Blencowe’s laboratory previously showed that disruption of this process is closely linked to altered brain wiring and behaviour found in autism.

Best known for its effects on social behaviour, autism is thought to be caused by mishaps in brain wiring laid down during embryo development. Hundreds of genes have been linked to autism, making its genetic basis difficult to untangle. Alternative splicing of small gene fragments, or microexons, has emerged as a rare, unifying concept in the molecular basis of autism after Blencowe’s team previously discovered that microexons are disrupted in a large proportion of autistic patients.

Learn how microexons contribute to autism As tiny protein-coding gene segments, microexons affect the ability of proteins to interact with each other during the formation of neural circuits. Microexons are especially critical in the brain, where they are included into the RNA template for protein synthesis during the splicing process. Splicing enables the utilization of different combinations of protein-coding segments, or exons, as a way of boosting the functional repertoires of protein variants in cells.

And while scientists have a good grasp of how exons, which are about 150 DNA letters long, are spliced, it remained unclear how the much-smaller microexons – a mere 3-27 DNA letters long – are used in nerve cells.

“The small size of microexons’ presents a challenge for the splicing machinery and it has been a puzzle for many years how these tiny exons are recognized and spliced,” Blencowe said.

To answer this question, Gonatopoulos-Pournatzis developed a method for identifying genes that are involved in microexon splicing. Using the powerful gene editing tool CRISPR, and working with Mingkun Wu and Ulrich Braunschweig in the Blencowe lab as well as with the Jason Moffat lab in the Donnelly Centre, Gonatopoulos-Pournatzis removed from cultured brain cells each of the 20,000 genes in the genome to find out which ones are required for microexon splicing.

He identified 233 genes whose diverse roles suggest that microexons are regulated by a wide network of cellular components.

“A really important advantage of this screen is that we’ve been able to capture genes that affect microexon splicing both directly and indirectly and learn how various molecular pathways impinge on this process,” Blencowe said.

Gonatopoulos-Pournatzis was also able to find other factors that work closely with a protein called nSR100/SRRM4m a master regulator of microexon splicing, discovered earlier by the Blencowe lab. Working with Anne-Claude Gingras’s team at Sinai Health System’s Lunenfeld-Tanenbaum Research Institute, they identified proteins called Srsf11 and Rnps1 as forming a molecular complex with nSR100.

Knowing the precise molecular mechanisms of microexon splicing will help guide efforts to develop potential therapeutics for autism and other disorders.

For example, because the splicing of microexons is disrupted in autism, researchers could look for drugs capable of restoring their levels to those seen in unaffected individuals.

“We now better understand the mechanism of how the microexons are recognized and spliced specifically in the brain,” said Gonatopoulos-Pournatzis, who recently won the Donnelly Centre’s newly established Research Excellence Award.

“When you know the mechanism, you can potentially target it using rational approaches to develop therapies for neurodevelopmental disorders.”

The study was supported by research grants from the Canadian Institutes for Health Research, Medicine by Design as part of the Canada First Research Excellence Fund and the Simmons Foundation.