U of T researchers develop nanoparticle to detect early-stage Alzheimer's 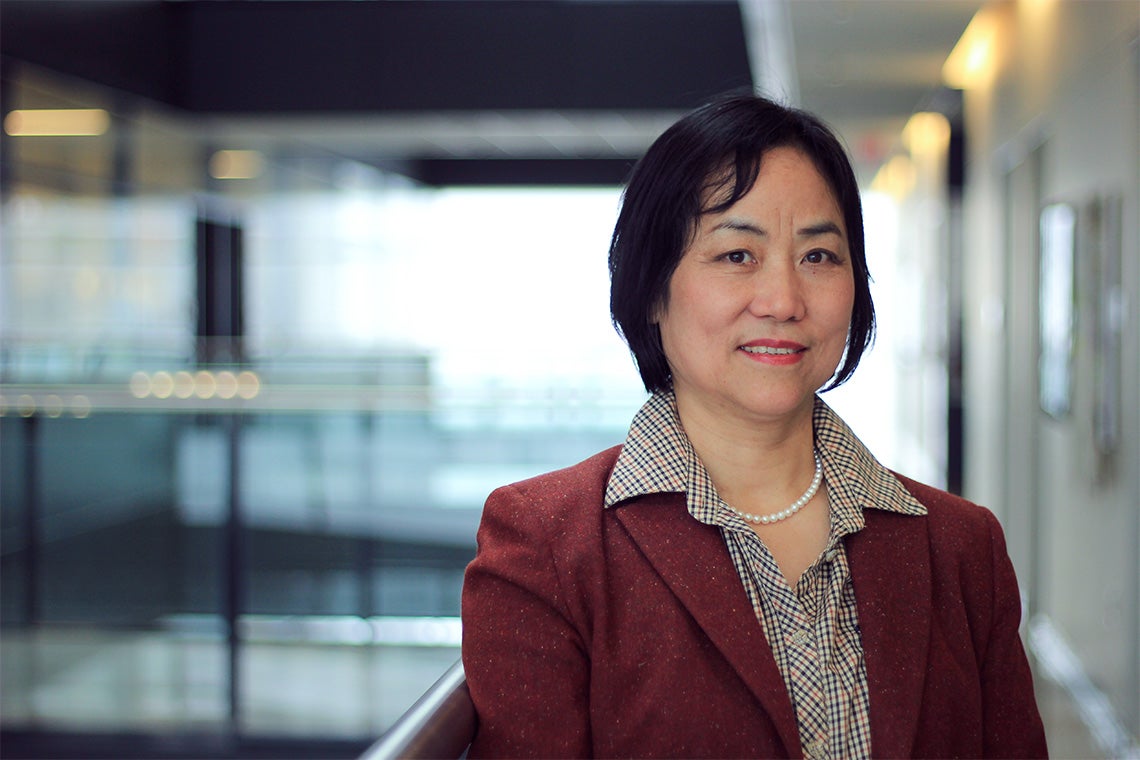 Research led by Professor Shirley Wu at the University of Toronto’s Leslie Dan Faculty of Pharmacy has resulted in the development of a new nanoparticle that has potential to help diagnose and intervene in Alzheimer’s disease at an early stage.

The study, published in Nano Today late last year, describes how the new nanoparticle enables MRI to image early changes in the brain before symptoms of the disease occur.

“The pre-symptomatic stage of Alzheimer’s disease, when you don’t see any cognitive or functional changes, starts 15 to 20 years before a patient has symptoms, and it’s extremely important to detect and treat the disease at this stage, before it progresses,” says Taksim Ahmed, a PhD candidate in the Wu lab and one of the study authors. “Our new technology has that potential.”

Alzheimer’s disease is often diagnosed at a late stage when it is irreversible. It is largely diagnosed through the patient’s symptoms, but when imaging techniques such as MRI or PET/CT scans are used, they have significant limitations. The contrast agents used for these techniques are not able to cross the blood-brain barrier, a protective structure that prevents most molecules from entering the brain. In addition, the imaging techniques currently show changes and damage to the brain that occur at later stages of the disease.

Members of Shirley Wu’s lab – which also includes Chunsheng He and Azhar Abbasi – in collaboration with Jeff Henderson, an associate professor at the Leslie Dan Faculty of Pharmacy, and Professor Paul Fraser, an Alzheimer’s expert in the Temerty Faculty of Medicine, developed a biocompatible nanoparticle that solves several of the problems faced by current imaging techniques. Combining the Wu team’s expertise in pharmaceutical nanotechnology with the Henderson lab’s expertise in brain structure and neurology led to the development of a powerful new early detection and intervention tool.

The nanoparticle is designed to fit into a receptor found on cells in the blood-brain barrier, allowing it to cross this highly selective layer of cells and enter the brain. Once in the brain, the particle targets and accumulates in areas with high concentrations of reactive oxygen species – unstable oxygen molecules that are generated by neuroinflammation and found at the earliest stages of Alzheimer’s disease.

When the particle reaches these inflammatory areas of the brain, it initiates a chemical reaction that produces manganese ions that generate the contrast required for MRI.

“This kind of technique could be very useful for screening in families with genes that put them at high risk of the disease, rather than waiting until they have symptoms,” says Wu.

The team also found evidence that the chemical reaction removes the damaging proinflammatory species. “As a result, this is a theranostic system,” Wu says. “It serves a dual function of diagnosis and therapy.”

When they tested the nanoparticles in an animal model of Alzheimer’s disease, MRI was able to detect inflammation-associated biomarkers in the brain at the earliest pre-symptomatic stage of disease.

“Most of the clinically used MRI contrast agents are based on the heavy metal gadolinium, but the FDA recently came up with the new safety warning for these contrast agents. Our technology uses manganese, a naturally occurring essential mineral found in the human body, to enhance the MRI signal” says Abbasi.

“We believe that the successful development of this system will overcome the safety concerns related to the conventional gadolinium-based agents.” Abbasi adds that while many research articles are published on nanomedicine every year, only a few nanoparticles products have made it to the clinic.

“I think one of the main obstacles is nanoparticle manufacturing and scale-up,” says Abbasi. “To synthesize these nanoparticles, we’re using techniques in Dr. Wu’s lab that are well-established in the pharmaceutical industry.

“It will help us to move this technology faster from bench to bedside.”

“Finding the best way to deliver therapeutics into the brain has been a longstanding problem in the field,” says He. “We have used the body’s own physiology to cross the blood-brain barrier, which is a unique feature of this nanoplatform and could help with loading it with different therapeutic agents.”

Since the study was published late last year, it has remained one of the journal’s most shared articles on social media. The team is currently working on scaling up production of the nanoparticle to allow them to continue their preclinical work and they hope to eventually test the system in the clinic.

“What we have done with these nanoparticles is completely different from what people have been doing,” says Ahmed. “There has been a lot of focus on finding a cure for later stage Alzheimer’s disease, but if we can detect it at the beginning, there would be a huge benefit.”

The study received support from the Weston Brain Institute.