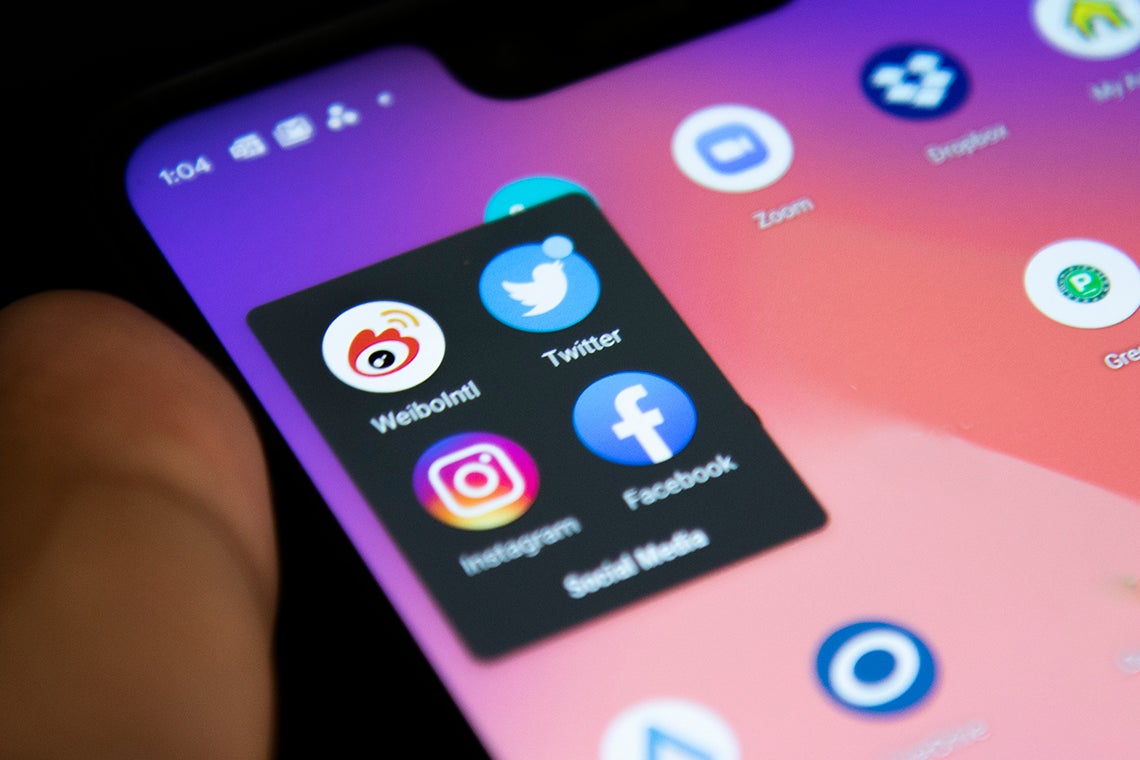 U of T Assistant Professor Jia Xue uses machine learning to analyze social media content to get a real-time sense of how people are reacting to the pandemic, helping to inform policy-makers' decisions (photo by David Lee)

From the moment news broke of an unknown, potentially deadly virus, the topic lit up social media channels – creating a trove of data for the University of Toronto's Jia Xue, who uses computational approaches to study social justice issues.

Xue immediately began mining the social media data – including Twitter, Weibo and YouTube users’ discussions and sentiments – to help policy-makers and clinical practitioners better understand the public response to COVID-19, as well as the psychological consequences of the pandemic.

“By analyzing social media content with a machine learning approach, we can get a rapid, real-time sense of how people are reacting to the pandemic, and how those reactions change as the pandemic evolves,” says Xue, an assistant professor at the U of T's Factor-Inwentash Faculty of Social Work and the Faculty of Information. “This knowledge can then be used for better decision-making by public health authorities today and in the future.”

At U of T’s Artificial Intelligence for Justice Lab (AIJ lab), where Xue is the founder and director, the researchers use leading-edge technologies to examine intimate partner violence, sexual violence, child maltreatment, school bullying and, now, health information communication around COVID-19 on social media. In addition to identifying dominant themes in Twitter messages, the researchers use sentiment analysis to gain insight into people’s thoughts and emotions.

Xue’s team has been continuously collecting millions of random pandemic-related tweets since early January. She and her collaborators in China have been doing the same for the Chinese equivalent of Twitter, called Weibo. According to Xue’s analysis of Weibo messages, negative emotions such as anxiety and depression increased after the declaration of COVID-19 in China, while positive emotions and life satisfaction decreased. On Twitter, the two most predominant emotions her research uncovered in pandemic tweets were fear, related to reports of new cases and deaths, and anticipation, in connection with public health measures such as restrictions and closures.

More recently, Xue’s research has identified a shift in the most discussed COVID-19 themes on Twitter. In the 23 million English Twitter messages collected between March 7 and April 21, the most discussed topics included the need for a vaccine, quarantine orders and social stigma about the virus. That’s in contrast to the 10 million English tweets her team collected from January 20 to March 7, when the spotlight was on subjects such as preventive and protective measures and the economic impact, rather than treatment and symptoms.

“Our AI-powered method overcomes the limitations of time-consuming, small-scale, retrospective surveys,” says Xue. “We can almost immediately provide a rich source of information for policy-makers as well as social workers, psychologists and psychiatrists who’ll be providing therapy for affected individuals and groups.”

Xue has already published four pandemic-focused research papers since March and several more are in the works. Most recently, she received a grant from the Canadian Institutes of Health Research to explore the increased risk of family violence during COVID-19 quarantine in Canada.

“There will always be debates about the responsible use of big data,” Xue says. “But we’ve shown it can be used to inform strategies aimed at positive social change. This work on the pandemic is just another example.”