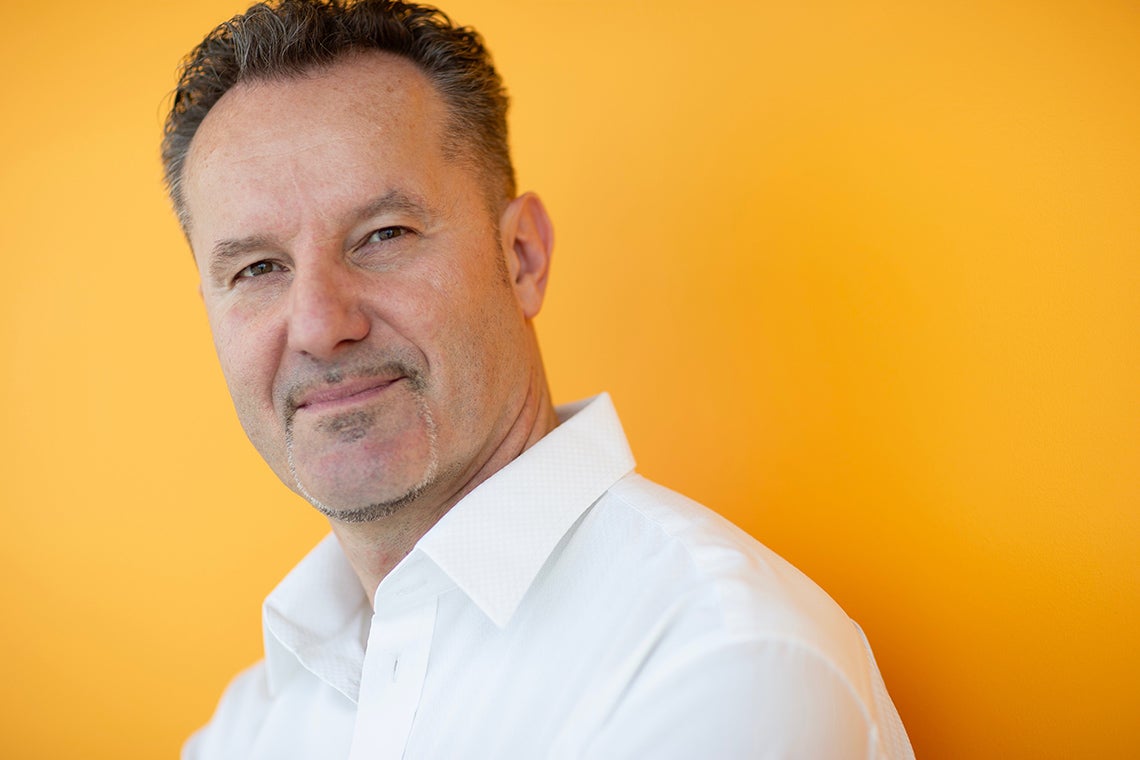 Igor Stagljar, a professor at the University of Toronto’s Donnelly Centre for Cellular and Biomolecular Research, and Toronto-based biotechnology company Cyclica have launched a partnership to advance treatment of drug-resistant forms of lung cancer.

Together, they will identify small molecules that can inhibit the mutated epidermal growth factor receptor (EGFR), a protein whose normal function is frequently disrupted in non-small cell lung cancer.

The partnership brings together Stagljar’s proprietary MaMTH Drug Screening (MaMTH-DS) technology, developed in the Donnelly Centre and designed for the discovery of small molecule compounds capable of inactivating the triple mutant EGFR, with Cyclica’s MatchMaker artificial intelligence-powered platform, which will narrow down a shortlist of the most promising lead compounds identified by Stagljar’s lab.

Cyclica will then computationally optimize the molecular structures of the selected compounds for desired pharmacological properties before they are synthesized by Stagljar’s team, who will also test their efficacy in human cells.

“We are extremely pleased to be working with Cyclica since our collaboration represents a unique approach that unites two completely novel and complementary approaches – Cyclica’s artificial intelligence MatchMaker and our MaMTH-DS live-cell drug discovery assay – for the rapid identification and validation of novel EGFR inhibitors in non-small cell lung cancer,” says Stagljar, who is also a professor in U of T’s departments of biochemistry and molecular genetics in the Faculty of Medicine.

“Our joint efforts will accelerate our ability to build novel EGFR inhibitors with these cutting-edge technologies and will thus speed up their implementation in the clinic.”

Additional research in treating non-small cell lung cancer is critical to developing effective precision medicines that can target the evolving nature of the disease.

“We are thrilled to be working with the world-class Stagljar Lab to leverage our drug discovery platform to progress our shared interests in creating novel, advanced lead compounds for non-small cell lung cancer,” says Naheed Kurji, Cyclica’s president and CEO.

“This project is an example of the growing integration between science and industry focused on commercialization, and a testament to the hyper-innovative work being done in our own backyard at the University of Toronto.”

All intellectual property generated from the project related to the compounds will be shared equally by U of T and Cyclica.