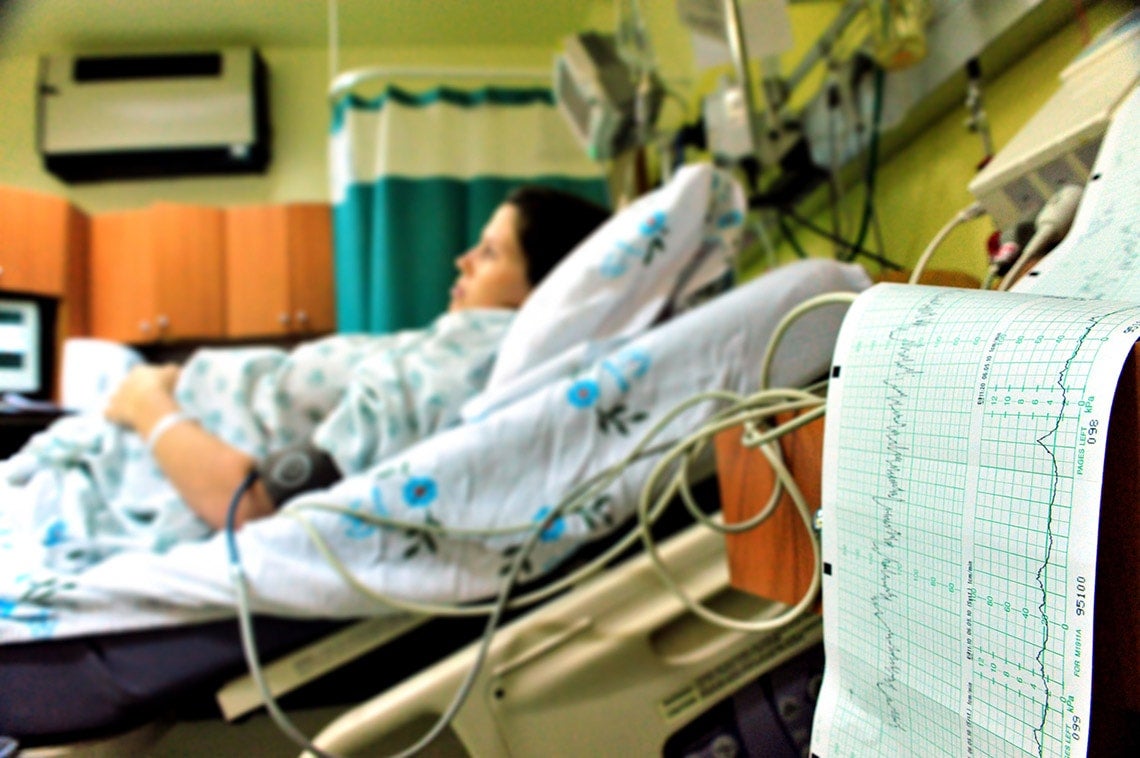 One in 16 women in Canada experiences excessive blood loss following labour, in spite of having a hospital birth or other actionable measures taken, such as being treated with medication. While most women in Canada survive, they are often at risk for serious health consequences that could last for up to 18 months after childbirth – making the prevention of postpartum hemorrhage a priority in maternal medicine.

Dr. Rohan D’Souza, a PhD candidate at the University of Toronto’s Institute of Health Policy, Management and Evaluation in the Dalla Lana School of Public Health, is leading a study looking at the drug tranexamic acid (TxA), which is currently given as a treatment for postpartum hemorrhage, researching whether it can be used as a preventative measure instead.

“Why wait until a woman bleeds and is in danger? Why not give the drug beforehand as a preventative measure? That is what we are doing differently in this study,” said D’Souza, who is also a maternal-fetal medicine physician at Mount Sinai Hospital.

His study will be funded through a CIHR New Investigator Grant in Maternal, Reproductive, Child and Youth Health.

Tranexamic acid is a cheap and effective medication that works to reduce blood loss by preventing the breakdown of blood clots (anti-fibrinolysis). Discovered in the 1950s by Utako Okamoto, a Japanese physician, tranexamic acid has since been used successfully in countless surgical procedures, as well as for trauma patients.

“Utako Okamoto was a leading female physician who faced many hurdles after her city was destroyed during the Second World War," said D'Souza. "When conducting trials for TxA, she even used her own blood to test the drug’s effectiveness.” His research will look at addressing some of the critical knowledge gaps behind the use of tranexamic acid as a preventative method for postpartum hemorrhage.

“The most common reason for postpartum hemorrhage occurs when the uterus does not contract or resume proper tone,” said D'Souza (pictured left). “However, in recent years we have come to understand that there are multiple factors that can affect a woman’s blood clotting system during childbirth, and we need to address these.

“If we are to give the drug to a healthy woman in labour, we need to make absolutely certain there are no untoward effects, but it also important to ensure that we are using all of the evidence and avenues possible to prevent bleeding and reduce unnecessary death.”

The study will look at determining a precise dosing structure, which includes how much medication should be given and to whom. “During pregnancy and around the time of delivery, there are many changes that take place in a woman’s body and that means the amount of available drug is different from non-pregnant patients,” said D’Souza. They will also need to determine who will benefit most from the drug – all women, high-risk women, or no one at all.

On April 16, 2016, the World Maternal Antifibrinolytic (WOMAN) trial researchers recruited their 20,000th woman in a landmark trial conducted in 193 hospitals in more than 20 countries – a trial that showed tranexamic acid, when given early to women having postpartum hemorrhage, could prevent one in three women who would have died from that fate.

“Utako Okamoto died one week after the 20,000th patient was recruited into the trial. She lived just long enough to see the completion of a trial that would prove conclusively that tranexamic acid is safe and effective in treating postpartum hemorrhage,” said D’Souza of the trial.

He is hopeful that his own research will shed new light on preventing unnecessary deaths and adverse health consequences resulting from postpartum hemorrhage among Canadian women.

Originally from India, D'Souza spent much of his time as a medical student conducting outreach for cervical cancer screenings, encouraging women to take an active role in their health care. And although he considers himself a clinician, he slowly began to see the importance of research for his line of work, completing first a master’s of science, and now finishing his PhD at the University of Toronto.

“If you are able to conduct good research and you have publications that will change policies and guidelines, you are suddenly able to impact indirectly other people around the world and make a difference,” he said.

The Canadian Institute of Health Research (CIHR) invests $1.67 million in early career investigators who conduct research across the four CIHR pillars (biomedical, clinical, health systems services, and population health) and have the potential to have a significant impact on maternal, reproductive, child and youth health outcomes.