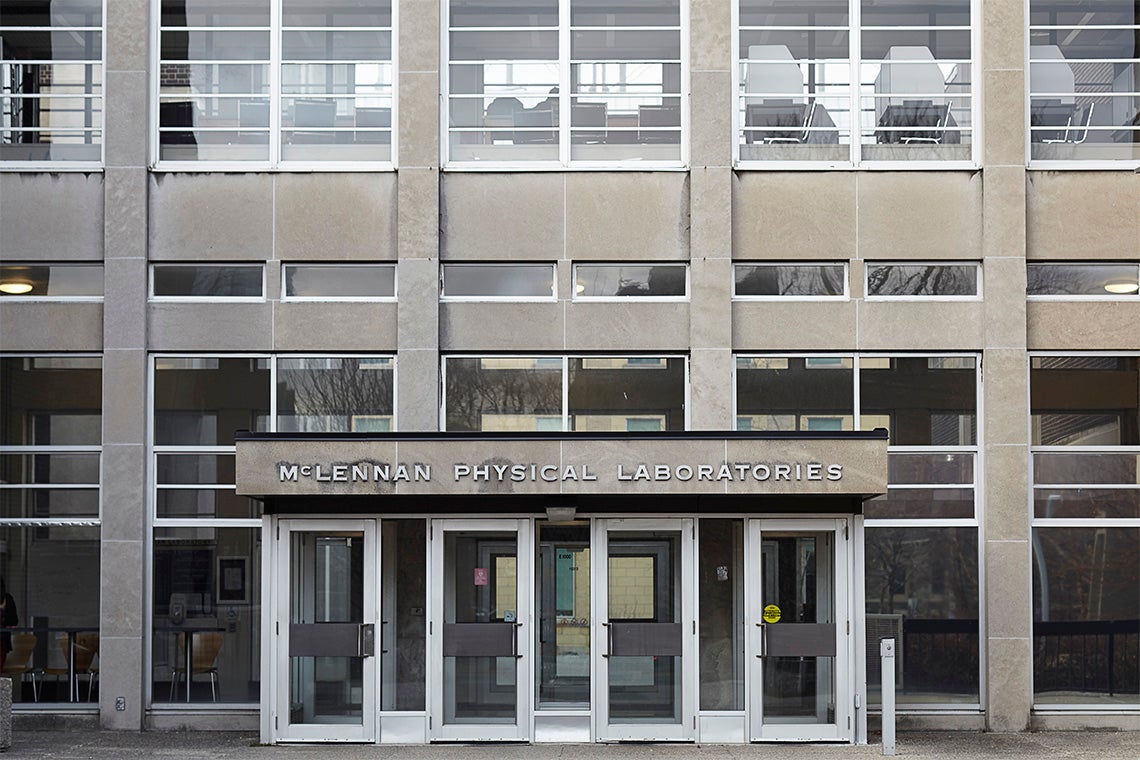 A team of quantum physicists at the University of Toronto have recorded the first measurement of the length of time it takes an atom to tunnel through a barrier, clocking it at a mere one millisecond (photo by Chris Thomaidis)

The fact that quantum-scale objects like atoms or photons can appear to cross apparently insurmountable barriers would surprise most non-scientists – but not quantum physicists. This effect, known as quantum tunneling, was first reported in the 1920s. It’s so well-established that it is harnessed for advanced microscopes and quantum computers and is essential for photosynthesis and nuclear fusion.

The details of the phenomenon, however, remained mysterious. For 90 years, physicists have argued about how, exactly, the tunneling happens, what the atoms do as they tunnel, and how long they take to make the journey.

Now, a team of quantum physicists in the Faculty of Arts & Science at the University of Toronto have recorded the first measurement of the length of time it takes an atom to tunnel through a barrier, clocking it at a mere one millisecond – or 1/1000th of a second. The results are reported in a research study published in Nature.

“We wouldn't even be here if not for tunneling,” says Aephraim Steinberg, a professor in the department of physics and co-director of CIFAR’s quantum information science program and senior investigator of the study. “The first steps in fusion in the sun require one nucleus to tunnel into another nucleus. So, tunneling is a very fundamental process that actually happens in the universe, not just in quantum mechanics textbooks.”

Steinberg’s team, seeking to provide clarity on how long particles spend tunneling, timed how long ultra-cold rubidium atoms took to tunnel through a millionth of a metre-thick laser beam that should have reflected them. They set up a system where they would push atoms of rubidium, which they had cooled down to a billionth of a degree above absolute zero, into the laser barrier.

“We made one beam of light that acted like a guiding fibre for the atoms and held them in this line. Then we intersected that with a second beam that we set up so that it would repel the atoms,” says Steinberg. “That second beam acted like a barrier and we could very carefully adjust the height of that barrier. Our setup also allowed us to give the atoms a little push so we could adjust whether or not they had enough energy to classically surmount the barrier.”

They chose a particular set of states of the alkali atom Rubidium to build their clock because the transition between these states is very stable. Indeed, the oscillations of a related atom, cesium, define the length of a second. Mathematically, this oscillation can be treated like a clock hand that points in a certain direction and can move over time.

“Since we wanted [the atoms’ clock hands] to only tick in that one-micron region where the barrier is, we used the barrier light itself to also tickle the spin of the atoms and make it oscillate at a frequency that we knew,” explains Steinberg.

Once they had particles that could tunnel, the particles carried clocks and the clocks only ticked when they were in the barrier, they had to take photographs that showed where the clock hands were pointing once they reached the other side in order to calculate the amount of time the atoms must have spent in the barrier.

This breakthrough, built on nearly 20 years of refining experiments in Steinberg’s lab, is believed to be the world’s first such measurement and uncovers deep truths about the physical laws that govern quantum interactions.

“This whole idea of probing the history of a quantum particle is one that's been central to my research, and it's come up over and over again in discussions at CIFAR program meetings,” says Steinberg, who has been building, testing and improving on this delicate and complex experiment since 2001.

“This had been kind of a niche topic in quantum optics,” says Steinberg. “But I think as the technology evolves and as we're building these larger scale agglomerations of qubits – the basic unit of quantum information – and trying to learn how to characterize and control each of them, this has renewed practical importance.”

The result is not only proof that it is possible to time the tunneling process, but also that there is much more to learn to get the full picture of quantum systems.

The research was supported by the Natural Sciences and Engineering Research Council of Canada, CIFAR and the Fetzer Franklin Fund of the John E. Fetzer Memorial Trust.

With files from CIFAR