U of T partners with Indian researchers to develop safer, earthquake resistant buildings 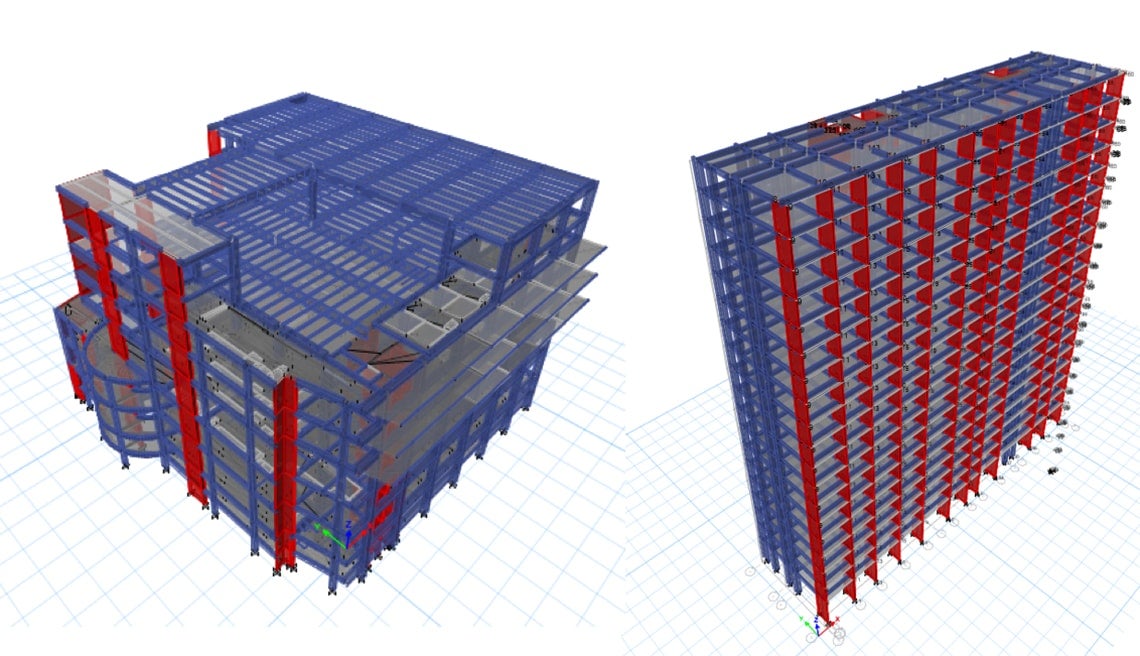 Schematics of two reinforced concrete buildings designed according to current Indian standards. A research collaboration between U of T and IIT Bombay hopes to develop buildings that can withstand earthquakes (image by IIT Bombay/Farbod Pakpour)

Two new collaborations between researchers at U of T's Faculty of Applied Science & Engineering and the Indian Institute of Technology Bombay (IIT Bombay) hopes to improve the safety, resilience and sustainability of buildings in both countries.

The two projects are:

Both projects recently received funding from IC-IMPACTS, a Canadian Network Centre of Excellence that brings communities together with academia, industry and government to develop solutions to key challenges in both India and Canada.

These projects reflect the goals of India’s Smart Cities Mission, a major urban renewal and retrofitting program taking place in more than one hundred cities across the subcontinent.

“Where there is mass development, there is a lot of opportunity to implement new technologies,” says Christopoulos. 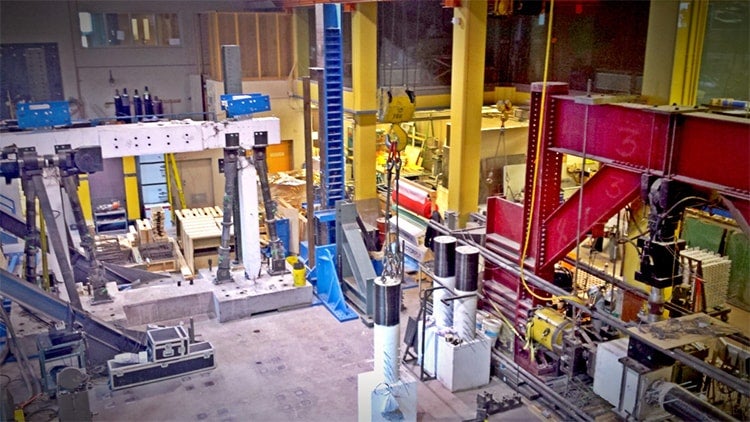 The Structural Engineering Laboratory at U of T contains advanced equipment to test prototypes of building components, including a proposed low-cost seismic isolation platform for mass implementation in India (photo by Farbod Pakpour)

Christopoulos says that the earthquakes that rocked Christchurch, New Zealand, in 2010 and 2011 killed far fewer people than the catastrophic January 2010 quake off the coast of Haiti, and that's because of superior building codes and construction regulations in New Zealand, designed to save lives. Yet imposing, implementing and enforcing those regulations can be difficult in developing countries.

“To have a major impact on the entire ecosystem – manufacturers of materials, engineers, local contractors, inspectors – takes tremendous effort and a lot of time,” says Christopoulos.

While modern construction ensured that most of Christchurch’s buildings did not fall, many were still severely damaged.

“Eighty per cent of the taller buildings in their business district had to be demolished,” says Christopoulos. “They are predicting that it will take more than a decade to recover.”

Christopoulos and his team study how to protect buildings from this kind of damage by isolating the structure from the ground. The method, called seismic isolation, involves introducing a flexible layer such as ball bearings or specially designed sliders, under or within the building.

“When the earthquake occurs, the building doesn’t really feel it,” says Christopoulos.

Currently, seismic isolation is costly and tends to be implemented in only high-end buildings, such as Apple’s Cupertino headquarters, or those that house essential services such as hospitals. Now, Christopoulos aims to design a simple, low-cost isolation platform for ordinary buildings that could be adopted on a massive scale in developing countries like India. His team is collaborating with Sinha at IIT Bombay to create computer models that could test this type of intervention using data from real Indian buildings.

“The idea is not to change the entire construction ecosystem but to have only one additional, highly engineered interface that could be checked and controlled,” says Christopoulos.

For example, certain types of commercially available plastic, laid down under a concrete column, might provide the sliding capacity to absorb the earthquake energy while protecting the building sitting on top of it.

Once the best materials are identified, they will be incorporated into prototypes and tested in full-scale and in real time in the Structural Engineering Laboratory at U of T Engineering. The two teams will then work together on a mass implementation plan.

“Here in Canada, our buildings are only being replaced at an incremental rate,” says Christopoulos. “By pairing with a country like India, where there is mass development, we have a chance to create lots of buildings with significantly more resilience than our own. In the long run, we will be looking at re-importing the technology for mass implementation back to Canada.”

Energy conservation? Fire? There’s an app for that

Air conditioning is expensive, especially as most rooms are unoccupied for much of the day. Fox and Ramamritham want to create a more intelligent system to better match energy consumption to specific demand in individual rooms.

Ramamritham and his team have equipped a building on the IIT Bombay campus with an array of sensors that detect the infrared light given off by hot objects. Not only do these devices measure the average temperature of the room, they can also detect the presence of people.

Ramamritham will provide the sensor data to Fox and his team, who will use it to build a piece of software known as a semantic model.

“We need to be able to represent the building, the sensors, the pathways and the state of all of these components,” says Fox.

The model is run on a central server, and users can interact with using external devices such as smartphone apps. The model can use past behaviour to make intelligent predictions about future behaviour. For example, if someone arrives early each morning, the app would notice and cool their office ahead of their arrival. Likewise, if a room is never used on Fridays, the app could shut off the air conditioning, saving valuable energy.

This type of adaptive, predictive system would also be useful in the event of a fire or other emergency.

“Evacuation maps already exist, but they don’t tell you if an exit is blocked,” says Fox. “A smartphone app, connected to our semantic model, could provide real-time information.”

By providing users with the most up-to-date escape routes, the app could prevent damage and save lives.