U of T Music puts out its first-ever holiday playlist 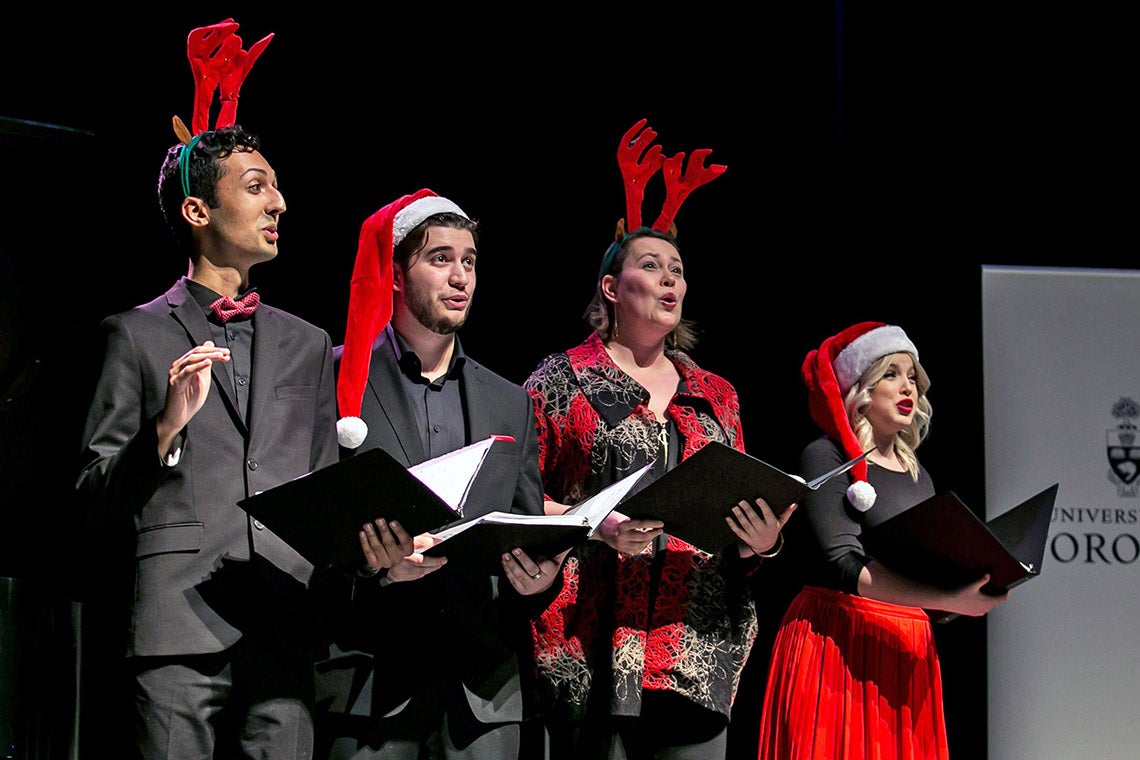 Just in time for the holiday season, the University of Toronto’s Faculty of Music has released their first-ever holiday playlist consisting of grad performers and composers – all music alumni.

Listen to the holiday playlist

If you like this holiday collection and want to hear more tunes from accomplished U of T Music alumni, the faculty also created a general Spotify playlist of 121 songs. Check out its wonderfully eclectic mix of musical styles from indie pop to opera, classical to jazz and more.