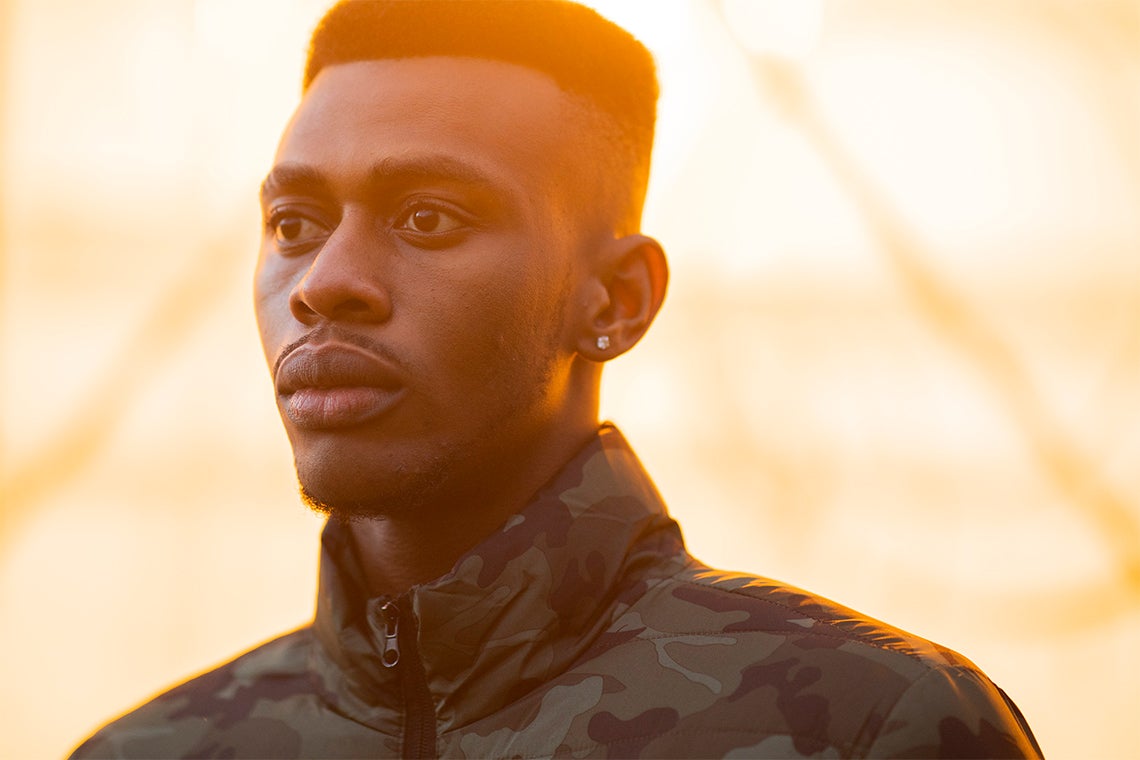 Ayomide Bayowa began writing poetry as a hobby – but he now sees it as a force for good.

“With poetry, the people oppressing you get to hear about what you’re experiencing, and they may realize how powerful your message is,” said the fourth-year University of Toronto Mississauga student who is Mississauga's newest poet laureate.  “It can be a catalyst for social and economic change.”

Bayowa, who studies theatre and drama, was named Mississauga's fourth poet laureate last month for a 30-month term. His first official act in the role was to recite “In Flanders Fields” by U of T alumnus John McCrae at the city's Remembrance Day ceremony at the Mississauga Civic Centre.

“It was a fabulous experience. Until that day, I didn’t realize how much that poem means to people. I wanted everyone there to also feel moved by the words,” Bayowa said.

Bayowa grew up in Nigeria without access to internet or a computer, so he wrote poetry the old-fashioned way: using pen and paper. “We never had access to data, and we didn’t have access to light,” Bayowa told CityNews. “We would charge our phones just to make a call once in a while, we never had the luxury of internet, and we poets don’t write with laptops in Nigeria.”

He and his family moved to Canada three years ago and settled in Mississauga. Bayowa enrolled at U of T Mississauga to build on his previous university-level theatre training. As a student, he wrote, directed and acted in the 2019 short Do I Need To Remind You? – the story of a young girl looking to reconcile with her homeland's traditions.

The film received the Best Picture Award at this year's U of T Mississauga Film Festival and a merit award at the Canadian & International Short Film Fest.

At U of T Mississauga, Bayowa established and currently leads the Scenery Film Club for student filmmakers.

As the city’s poet laureate, Bayowa aims to nurture the next generation of creative writers by organizing regular poetry contests and publishing the winners’ work. “What the poet needs to do is read, write and listen to your soul,” he told CityNews.