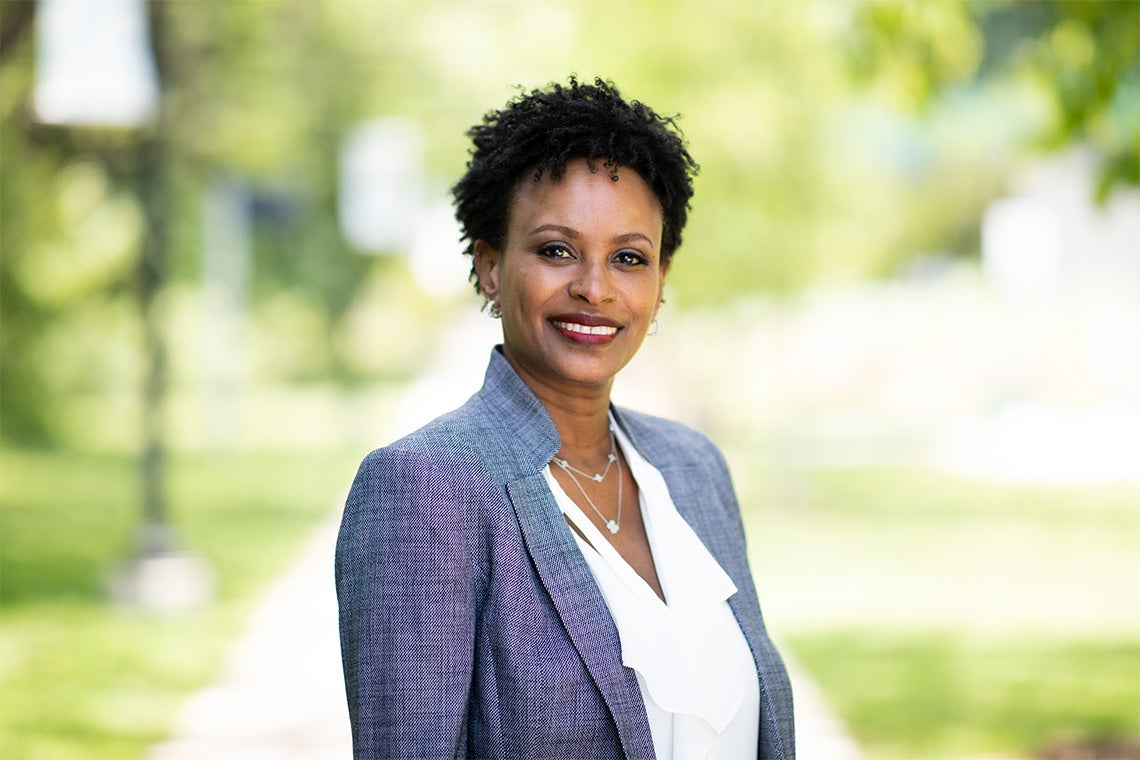 An academic leader and champion of inclusion, McEwen also served as director of U of T Mississauga’s Institute of Communication, Culture, Information & Technology and as a special adviser to the vice-president and principal on anti-racism and equity.

“We will be sad to see her depart from UTM, but we are delighted that she will lead an outstanding institution within the U of T family, and wish her tremendous success and happiness,” said Alexandra Gillespie, vice-president and principal at U of T Mississauga, in a letter announcing McEwen’s new appointment, which begins July 1.

McEwen has been involved in U of T Mississauga’s Black Table Talks, a networking opportunity for Black students, faculty and staff, and Visions of Science, which engages youth from low-income or marginalized communities with science, technology, engineering and mathematics.

As Canada Research Chair in Tactile Interfaces, Communication, she’s investigated emerging media and human-machine communication. Her research – which focuses on social and new media – has been shared in more than 30 journal articles and book chapters, and in the mainstream media.

Gillespie said the U of T community will “feel the loss of McEwen’s keen intellect, passionate vision and personal warmth.”

“We know you will all join us in wishing her the very best in her future endeavours.”