U of T to host restorative circle, other events in support of Jewish community 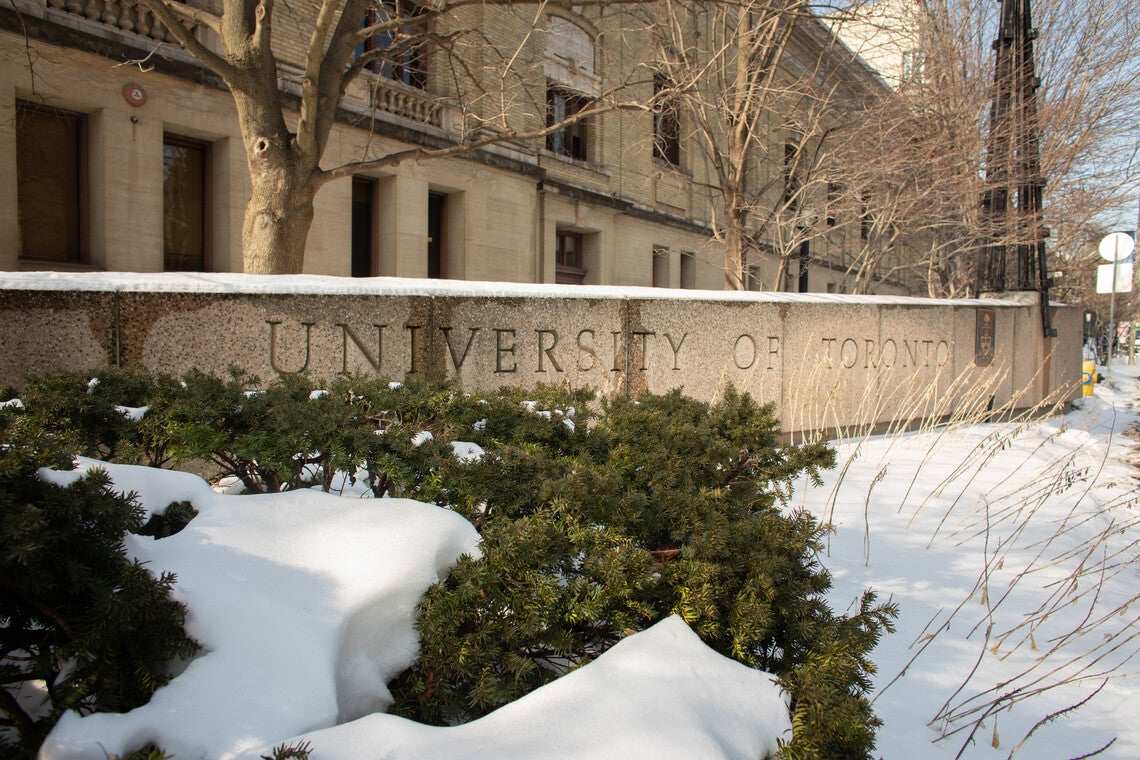 The University of Toronto will host a restorative circle for the Jewish community this month as part of a slate of programming that aims to address antisemitism on its campuses and beyond.

The Jan. 23 session – led by Jacqueline Dressler, advocacy manager at Hillel U of T and organized by U of T’s Anti-Racism and Cultural Diversity Office – will provide a forum for faculty, students, staff and librarians who identify as Jewish to share experiences about the harms of antisemitism while healing through restorative practices.

It’s just one example of the many seminars, workshops, training sessions and other initiatives taking place across the university – including in its various faculties and divisions – that seek to eradicate what U of T President Meric Gertler has condemned as “a pernicious and despicable form of racism.”

In recent a letter to U of T’s Governing Council, President Gertler called on all members of the U of T community to unite against the scourge that plagues Jewish people.

“We must do everything we can to combat and eradicate it,” he said. “Antisemitism subverts and demeans our entire community, not just those who are targeted.

“The University of Toronto must respond as a community.”

Dressler will return to U of T this spring for a seminar about understanding antisemitism on campus. As well, trainer and consultant Shari Golberg, who holds a PhD in religion from U of T, will facilitate a workshop held in collaboration with the Multi-Faith Centre (MFC) that will trace the millennia-long history of antisemitism to its modern-day manifestations, equipping participants with tools to identify and address instances of antisemitism to foster a more inclusive learning environment.

U of T staff and faculty can learn more about antisemitism at the Multi-Faith Centre’s annual religious diversity and inclusivity training later this year. The centre is also running a training program addressing antisemitism, Islamophobia and religious accommodations for the Residence Life team on U of T’s St. George campus.

President Gertler, who recently wrote an op-ed in the Globe and Mail on a similar topic, said in his letter that collective action – “from education, solidarity, speaking out, challenging casual discrimination, standing with our Jewish friends and colleagues” – is ultimately the key to making progress.

“This is how we will succeed,” he said.

U of T’s programing — both new and ongoing — comes as the university prepares to mark the one-year anniversary of the U of T Antisemitism Working Group’s final report, which was formally entrusted to the administration last February.

President Gertler said in his letter that U of T has already made progress on fulfilling its institutional commitments, including redefining the Institutional Equity Office’s (IEO) mandate to explicitly include antisemitism, updating employment guides with clearer language on accommodations for religious observances and raising awareness on steps to report hate-related vandalism.

But more work remains to be done, he said, and “because antisemitism is insidious, like other forms of racism, addressing it will take time, persistence and patience.”

Further education and outreach initiatives are underway across U of T’s campuses, faculties and divisions.

The Temerty Faculty of Medicine has made learning about the Holocaust and antisemitism part of its MD curriculum. It also has a mentorship program for diverse students, including Jewish learners, and is expanding antisemitism and antiracism training for instructors.

The medical school is also taking accountability for injustices within its own history, issuing a formal apology last fall for the use of quotas to cap admissions of Jewish students around the mid-20th century.

Meanwhile, the Faculty of Law is preparing mandatory antisemitism training for all first-year law students and is considering similar programming for all upper-year students.

U of T is engaging with Jewish community members about how to promote inclusion on campus, including through regular meetings between the Institutional Equity Office and Hillel representatives.

At U of T Scarborough, a working group representing Jewish Student Life, the Office of Student Experience & Wellbeing and the Equity, Diversity and Inclusion Office convenes monthly to discuss strategies and supports.

“Sadly, antisemitism is clearly on the rise in Canada and in other countries,” President Gertler said. “We must not be lax on our campuses. We will commit to accelerating our progress and adding support capacity at U of T.

“We will not shrink from our goal of being the most welcoming, diverse, inclusive and excellent academic community in the world.”