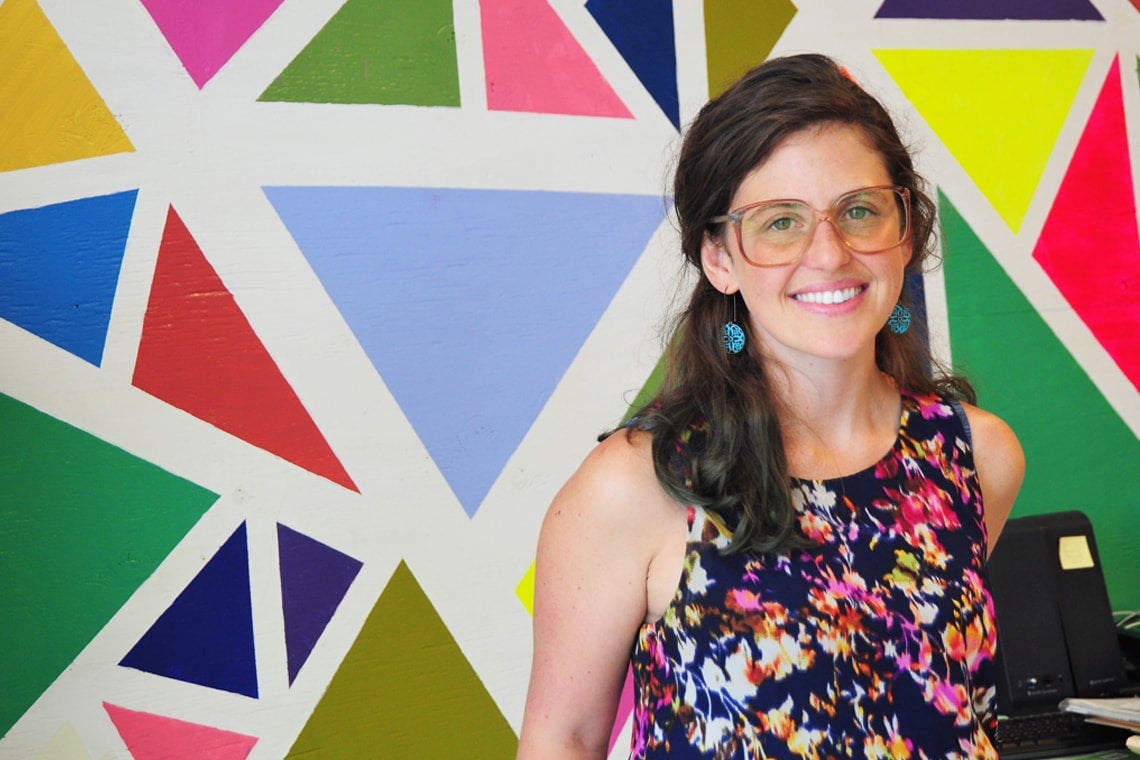 The U of T grad started STEPS Initiative, the award winning public arts organization behind eye-catching projects like the eight storey mural at Yonge and St. Clair avenues by British artist Phlegm.

“I’ve always been passionate about art for community building and social change,” says Kane Speer, who completed her undergrad in urban studies and sociology, and a Master’s degree in geography and planning from U of T.

Her passion took her to Indonesia where she spent time with artists who used their craft as an outlet for activism. A North American road trip, in partnership with Toronto’s Centre for Social Innovation (CSI), helped her find grassroots initiatives in Canada and the United States where people were reclaiming public space through creativity.

Kane Speer felt like it was a disservice not to put this newfound knowledge into practice in Toronto. So in 2011, with the help of CSI, she founded STEPS, a charitable organization that takes on small and large scale public art projects. 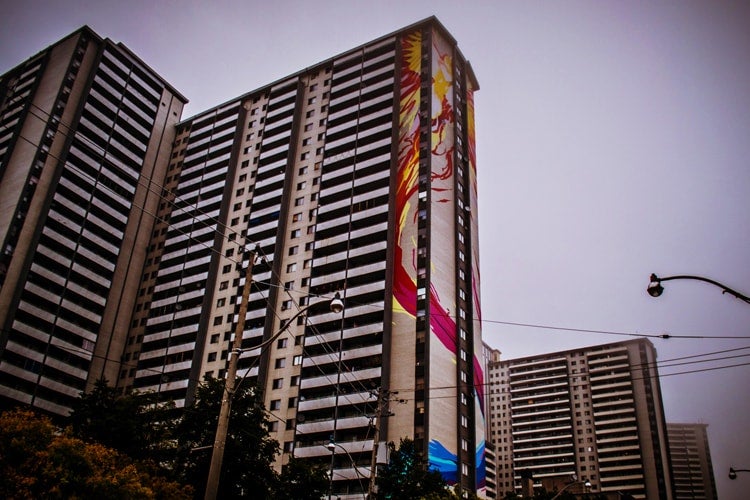 “It feels good to be able to see the change that we’re involved in and see it visually on any mark we leave on the city in terms of public art, but also socially when we’re able to work in neighbourhoods that aren’t already oversaturated with other community groups doing similar work,” says Kane Speer.

STEPS has made strong connections with Toronto communities like Thorncliffe Park and St. James Town, says Kane Speer, with an emphasis on engaging young residents.

“[They are] two neighbourhoods that haven’t historically had access to welcoming, vibrant public spaces,” she says.

It was in St. James Town where STEPS completed one of their biggest – and tallest – projects: the World’s Tallest Mural in 2013. They saw the 32-storey social housing building at the corner of Wellesley and Sherbourne as a blank canvas, transforming its façade into a soaring phoenix.

“That’s a reflection of the youth we worked with who felt like the neighbourhood was quite grey and didn’t reflect the vibrancy of local residents,” says Kane Speer.

And yes, the year it was completed – at least unofficially – Guinness World Records did confirm its record-breaking claim, Kane Speer says.

The giant mural at Yonge and St. Clair by U.K. street artist Phlegm, was created in collaboration with StreetARToronto.

“We did a considerable amount of community engagement where we connected with hundreds of community members to identify local landmarks and feelings they conjured when they think of the area,” says Kane Speer. 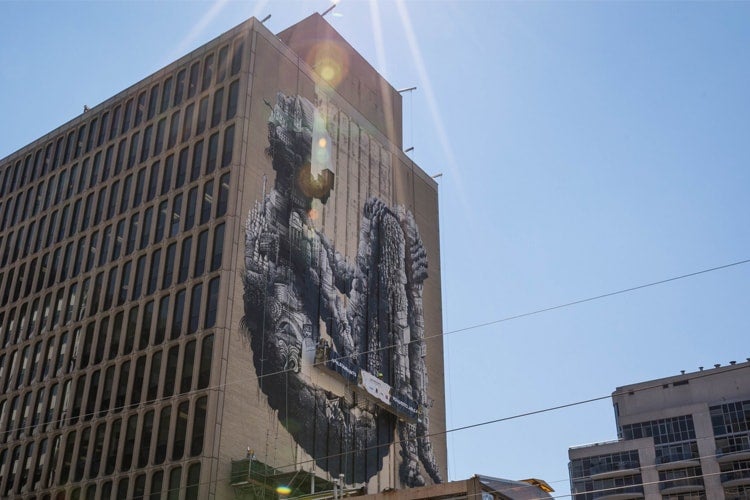 (Phlegm's Yonge and St. Clair mural, photo by Views From Lisa via Flickr)

STEPS has also launched the PATCH Project, a social enterprise that works with developers and landowners to put up art in underutilized spaces like construction sites.

While STEPS aims to impact communities with art projects, it has also had a profound influence on its volunteers and staff.

Ananna Rafa is a second-year photography student at Ryerson University. She’s been working with STEPS since she was in high school.

Not only has the initiative inspired her to pursue a career in the arts, but as a newcomer to Canada, it helped her find community.

“STEPS allowed me to go to all of these community consultations and talk to my neighbours and people in my community and do art projects with them,” Rafa says. “It allowed other youth in the community to get involved and gain valuable skills and friendship and ownership of the place they live in.”