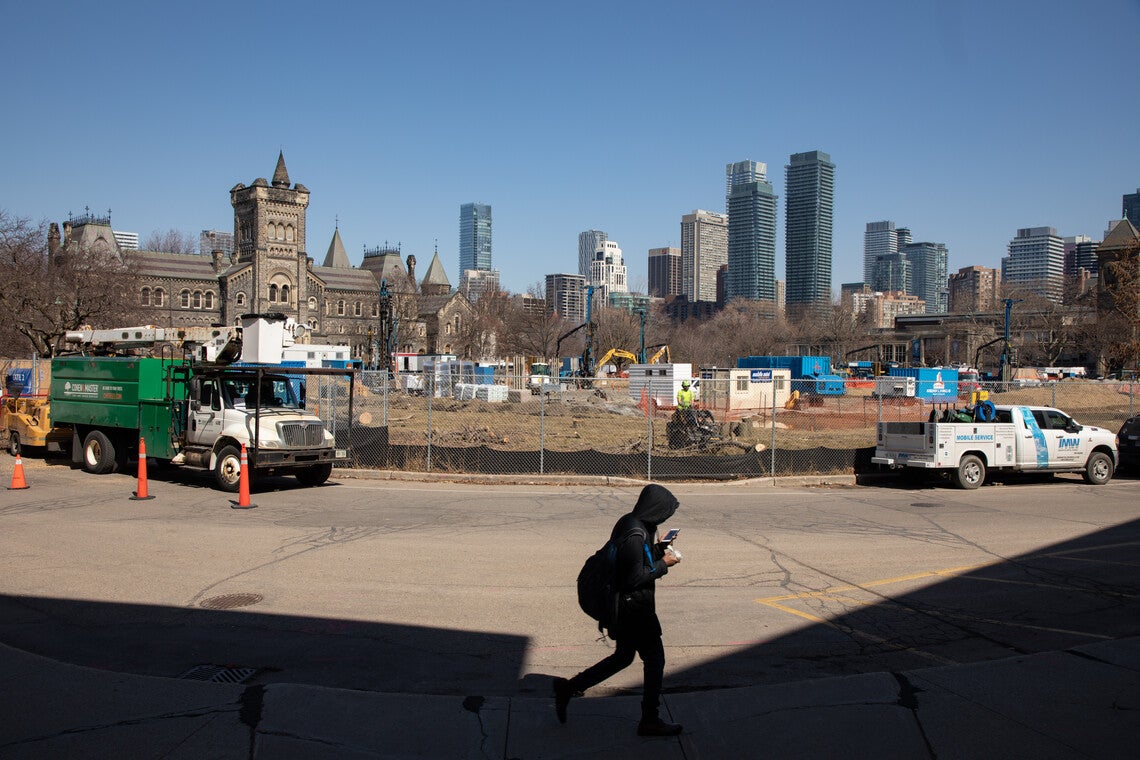 A student walks by the site of a massive geoexchange project on Front Campus, where more than 300 wells have been drilled to depths of over 250 metres (photo by Johnny Guatto)

The geoexchange field being built in the historic core of the University of Toronto’s St. George campus is unique both in the scale of its potential environmental impact and in its utility as a learning tool for sustainability-minded students.

A recent National Observer report that was republished in the Toronto Star explores how the facility, connected to U of T's Landmark Project, will contribute to the St. George campus’s ambitious goal of becoming climate positive by 2050.

Ron Saporta, U of T’s chief operating officer, property services and sustainability, told the Observer that more than 300 geoexchange wells have been drilled to depths of over 250 metres, where they will enable the storage of excess heat produced in the summer for use in the winter. “The ground is acting like a battery of sorts, but a thermal battery instead of an electric battery,” Saporta said.

Saporta added that the emissions-reducing project has also “been a focus of several courses" – and that a proposal by engineering students to have some of the wells drilled at an angle has been implemented. “What we’re trying to do is also use this project to enable more hands-on experiential learning,” Saporta said.

Read the story in the National Observer