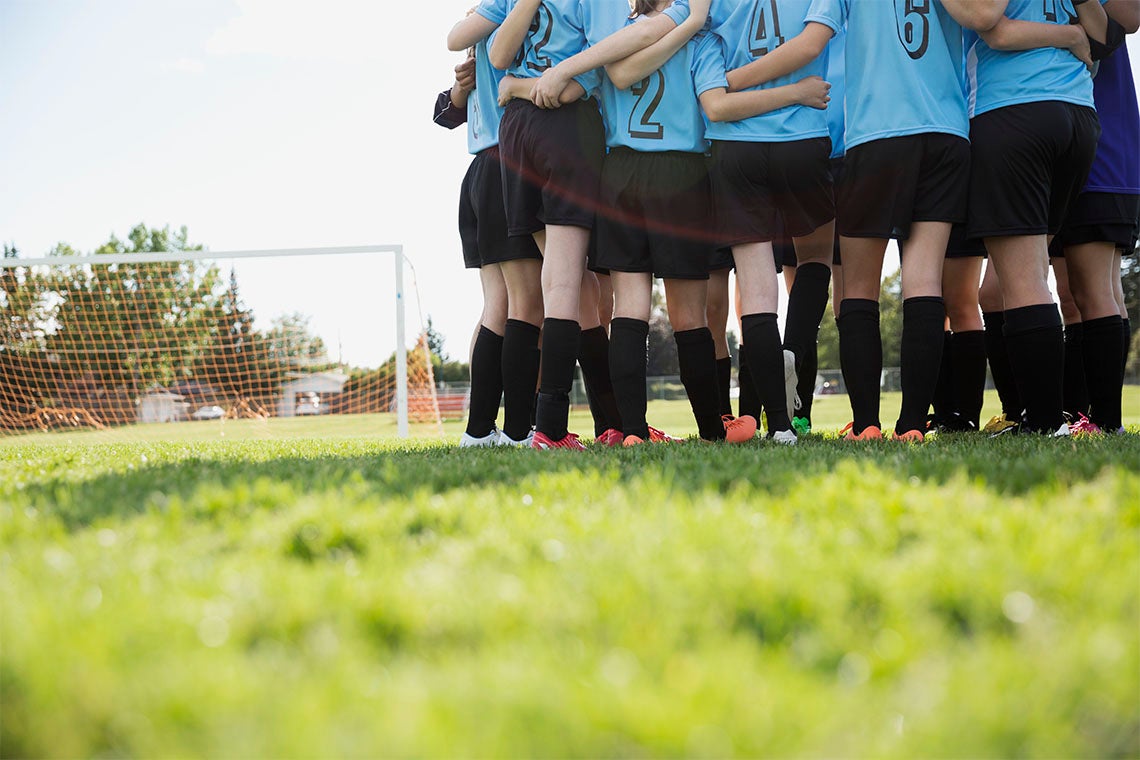 An investigation by the CBC has revealed that at least 222 coaches who were involved in amateur sports in Canada have been convicted of sexual offences over the past 20 years. These cases involved more than 600 victims under the age of 18.

The investigation showed that no sport is immune, as the cases involved 36 different sports.

Professors Gretchen Kerr and Peter Donnelly of the University of Toronto’s Faculty of Kinesiology & Physical Education have both done research in this area and wrote a paper in the summer urging revisions in Canada’s policies on harassment and abuse in sport.

Jelena Damjanovic of the Faculty of Kinesiology & Physical Education spoke to Kerr and Donnelly about the CBC report.

Were you surprised by the revelations made in the CBC investigation?

Peter Donnelly: This data confirm our suspicions that the problem of sexual offences against children and youth in sports in Canada is as bad as we suspected. These 222 cases are the tip of the iceberg. For every case that went to court, there were probably many others where prosecutors decided there was not enough evidence or the complainant withdrew from the process. And, as we are well aware with regard to sexual offences and gender-based violence in general, the vast majority of cases are never reported.

What is the damage caused by these cases?

Donnelly: The damage is incalculable. It ranges from reputational damage to the club or league where the abuse occurred, to guilt felt by parents about not recognizing or being able to prevent the abuse, to the actual long-term damage likely to be an ongoing experience for the victim of abuse.

Kerr:  It is not possible to fully account for the long-term damage caused by cases of sexual abuse. The research evidence indicates that the effects on victims of abuse can be devastating for their psychological health, future relationships and productivity.

Cases of harassment and sexual misconduct in sport are not new. Why has it been so difficult for sport organizations to implement effective rules to protect young athletes?

Donnelly: Sports, and sport in general, have long asserted their autonomy. While they willingly accept public funding from governments, they insist on regulating themselves. When the original policy regarding harassment and abuse in sport was introduced in 1998, it recognized that autonomy and left it up to individual sport organizations to develop their own regulations. This was supposed to have been monitored by Sport Canada because annual funding for the sport organizations was contingent on having appropriate policies and staff in place to deal with sexual harassment and abuse cases in their sport.

Our 2016 research showed that the policy was not working, and that Sport Canada continued to distribute funding despite the fact that so many of the sport organizations did not have a transparent and available policy, and that only one organization had the requisite arm’s-length harassment officer.

Kerr: The reasons for the failure of these ‘autonomous’ organizations to deal with the issue are complex and involve a combination of things:

So, self-regulation by sport organizations does not work?

Kerr:  By essentially investigating themselves, those in sport organizations are inherently in positions of conflicts of interest. By addressing abuse in a transparent manner, sport organizations may risk losing a prized coach and risk diminished team performance, all of which may mean less funding and the loss of sponsorships. At the high performance level, linking performance of a team with funding is a deterrent to addressing abuse.

Donnelly: As a consequence, sport is the only remaining institution in Canada with responsibilities for the care of children and youth that is self-regulating with regard to the abuse of those in their care. Self-regulation did not work for the Catholic Church, it did not work for the Boy Scouts, it has not worked in private schools, and it doesn’t work in sport.

How can we ensure every child who participates in sports has a safe experience?

Kerr:  The starting point is to acknowledge the systemic nature of abuse in sport. One of the risks in interpreting the CBC statistics is to think that by ridding the sport world of sexual predators, sport will be abuse-free. This will not be the case, in part because of the sexual misconduct that is not reported or does not meet the criminal standard, but also because sexual abuse is one of the least common forms of abuse suffered by athletes.

Instead, research evidence clearly indicates that across gender, sport types and levels of competition, psychological abuse is the most common form of abuse experienced by athletes. So the solutions need to occur at every level of sport, from the education required of coaches to the socialization of adults, including parents, to not accept harmful practices as simply being a part of sport, to the organization’s policies for keeping athletes safe.

Donnelly: First, do not leave it to sport organizations to regulate themselves for harassment and abuse.

Second, do not download all of the responsibility for the care of children to parents. Institutions and agencies such as schools, day care and sports are acting in loco parentis [in place of a parent] when they have the care of children, and they should be held to account when they fail in that care.

Third, learn the lessons from research and experience and develop an independent and arm’s-length agency with the staff and expertise to both educate and regulate this problem in sport.

Kerr:  Canada already has a model of success to follow – a model that garnered international praise. When the use of banned substances in sport was recognized as a significant problem in the late 1980’s, the Dubin Commission of Inquiry into the Use of Drugs and Banned Substances in Sport was established. As a result of this inquiry, the Canadian Centre for Ethics in Sport was established as a pan-Canadian, independent body with a mandate to set policy, establish educational initiatives, and importantly, to investigate and adjudicate cases.

If Canada can establish such an independent system for drug use in sport, surely we can do this to protect young people in sport.