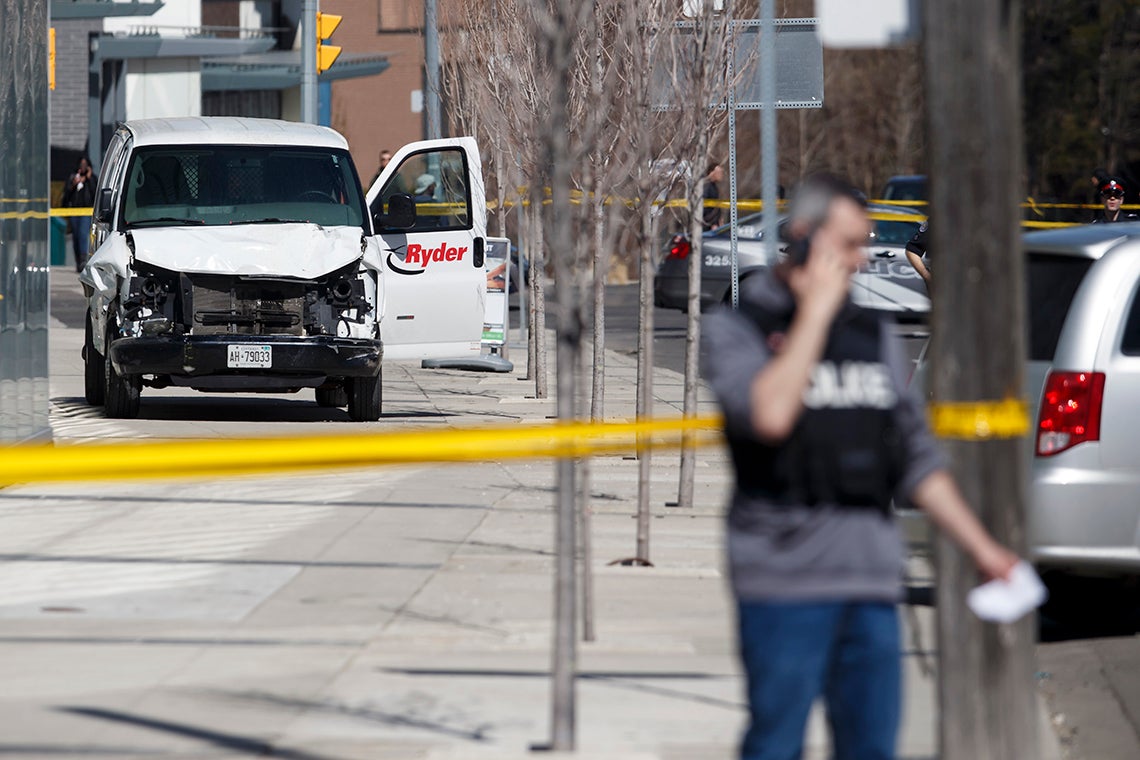 A 25-year-old man has been charged after a white van collided with multiple pedestrians, killing 10 and injuring 15 others on Yonge Street in North York on Monday (photo by Cole Burston/Getty Images)

As police continue investigating Monday's van attack that killed 10 people and injured 15 others, the officer who apprehended the suspect has come under praise from supervisors and the public for how he handled the arrest.

Scot Wortley, an associate professor of criminology in the Faculty of Arts & Science, said despite being in a tense situation, with only seconds to make a decision, the officer determined the threat from the suspect did not warrant using lethal force, and instead opted for de-escalation techniques.

“The credit is due to the nature of the training and the individual officer’s ability to handle a stressful circumstance,” Wortley said. “If the video had shown that the officer had shot and killed the suspect, I think it would have been probably deemed justifiable force – that the individual was dangerous, that he was acting in a provocative manner.

“But the value of not using force is that there is a live suspect, somebody to interview, somebody that we might be able to figure out the motive for the massacre, and that might help us understand the psychology of such events and perhaps contribute to future prevention.”

U of T News spoke with Wortley, who has conducted extensive analysis of police use of force in Ontario, and his PhD student Erick Laming, who also researches police technology and use of force. Judith Andersen, an assistant professor of psychology at U of T Mississauga who is working with Peel Regional Police to help officers control their reactions under stress and improve split-second decisions, also weighed in. 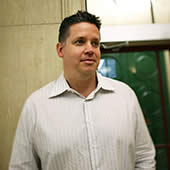 What did the police officer do right in this situation?

I’ve seen the videotaped interaction between the suspect and the police officer. The result of this interaction is probably a combination of the officer’s training and his own personality. I heard the head of the police association today describe him as someone who is calm and cool under pressure, and he clearly manifested those characteristics during this encounter.

Despite the massacre that had just taken place, and I have no idea if the officer was aware of that massacre or not at the time he confronted the suspect, there's clear indication that the officer did not try to act as some kind of instrument of justice and shoot the individual under circumstances where he was clearly identified as dangerous.

Officers are trained to only use force when there's an immediate threat to themselves, to other civilians and to other officers. It looks like when the officer confronted the individual, he was able to properly ascertain that, despite threats of having a firearm, the individual was actually pulling and pointing a cellphone. He might have anticipated some mental health issues, or that this might have been a suicide-by-police scenario because the individual, according to the footage I’ve seen, kept saying, “Shoot me. Shoot me.”

It looks like the officer, under pressure with only seconds to make decisions, was able to ascertain that at that moment the threat from the suspect did not warrant lethal force, and as a result was able to use de-escalation techniques and arrest the individual without injuring him. The credit is due to the nature of the training and the individual officer’s ability to handle a stressful circumstance.

If the video had shown that the officer had shot and killed the suspect, I think it would have been probably deemed justifiable force – that the individual was dangerous, that he was acting in a provocative manner. But the value of not using force is that there is a live suspect, somebody to interview, somebody that we might be able to figure out the motive for the massacre and that might help us understand the psychology of such events and perhaps contribute to future prevention.

Are we better here at de-escalation practices than, for example, the United States?

I don’t think there's really good data that exists now. I can't provide figures which would document that Toronto police or Canadian police are much less likely to use force, but I think it is likely. That would be the hypothesis that I would have. But I do think we need better systems of research and accountability and transparency when it comes to the use-of-force cases. Definitely if you were looking at the violent crime rate, which, depending on the jurisdiction, can be many, many times higher than any jurisdiction in Canada, there's the possibility of police confronting violent offenders.

The availability of firearms is much more prevalent in the U.S. than it is in Canada, which may increase the likelihood that officers will confront armed suspects in the U.S. than in Canada. But I do not know of any differences in training. I think Toronto is a modern police service and probably has state-of-the-art training in terms of police use of force. 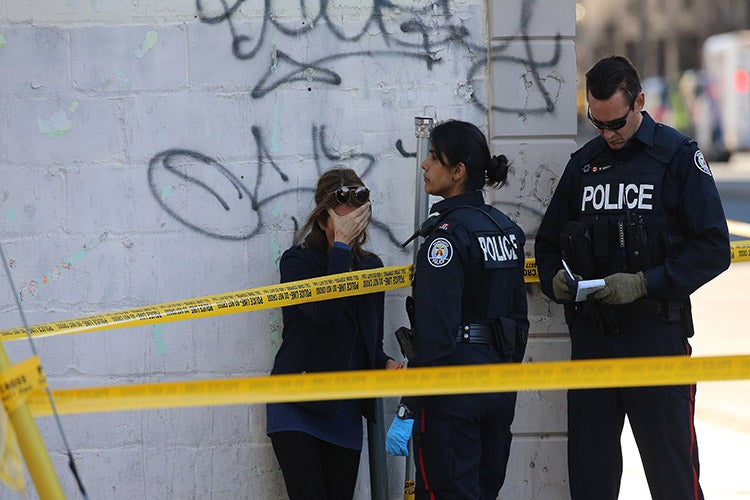 What about the race element? Critics have said the situation would have been very different with a racialized suspect.

That’s the million-dollar question. I think we have to step back, and we have to garner better data on those types of circumstances. I think the statistics that have been released in Canada show that Indigenous and African-Canadian individuals are much more likely to be involved in cases of police use of force, depending on the area of the country you’re living in. I've worked on a study showing over-representation of Black and Indigenous people with respect to police use of force that resulted in death between 2000 and 2006, and that over-representation was also documented in a recent CBC study. The debate is to what extent that is the result of legitimate police use of force versus illegitimate use of force. Whether or not this officer would have acted differently, if faced with a minority suspect, is an interesting question, but impossible to determine based on this case in isolation.

There's going to be different interpretations of that. The police interpretation will be that we have more violent confrontations with Black and Indigenous civilians than we do with whites, and that would explain the over-representation in use-of-force cases. Obviously at the other extreme, you look at allegations from Black Lives Matters and others, that it is due to racism and racialized fears. We can't answer these questions based on this individual case. We need a much broader research agenda in order to do that accurately. The problem is so far in Canadian criminal justice history, access to such data has been difficult if not impossible, which makes it difficult for researchers to properly address.

There’s probably many, many examples where officers face violence and confrontations with civilians and do not use force, and are somehow able to de-escalate the situation and make an arrest without harming the civilian. Those cases, however, do not garner media attention. The only reason this particular case is getting the media coverage that it deserves is because of the actions of the civilian before this police encounter, the fact that he was engaged in mass murder, and the fact that it was captured on video.

It was a very effective way of de-escalating a situation.

This happens every day. Police are trained to do this. Obviously, it’s become more highlighted in the media because there's a lot of cases where police have used lethal force or unjustified force against marginalized people. But what happened Monday, this is how a lot of cases do unfold across Canada. We are just not privy to that information. Hopefully this will change some perceptions in the public. This is actually how police deal effectively in situations like this.

He was using a vest in the situation. He had his firearm out. He was in a position that if he needed to use lethal force, he would have. He was just communicating to the individual. He also may have recognized maybe this guy could be mentally ill so obviously you have to just talk to the person.

He’s a ten-year veteran, so he’s gone through this training every year, especially the de-escalation and mental health training.

The problem is we don’t know how effective this training is. They could say we have four hours of mental health training, but what does that mean? Is it just a lecture, is it another police officer giving a lecture based on something he read in textbook? We don’t know. So that’s a problem with training. It needs more evaluation to see how effective it is. 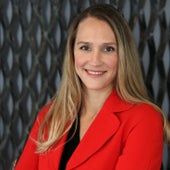 The police response to the van attack is yet another example of the top-notch service that our police officers provide in this city. The officer correctly identified that the person did not have a weapon and he de-escalated the situation by taking the person – who was clearly a danger to society – into custody.

The person's reason for doing what he did, and whether he has a mental health concern, can be discussed after the threat to public safety has been resolved – which is exactly what a police officer's job is, and the officer did it correctly.