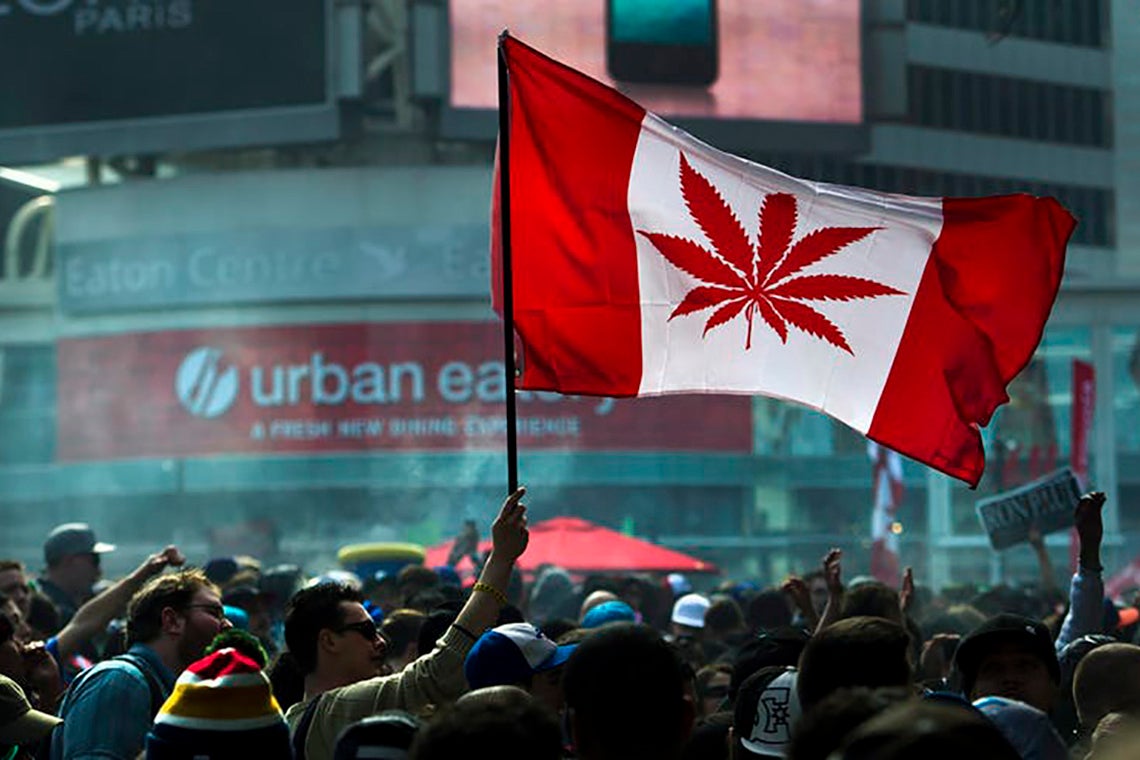 Canada’s federal government is currently working to pass a bill that would provide pardons for people convicted of minor cannabis possession. With a federal election around the corner, it may be too little, too late.

As a result of mounting pressure, Canada’s federal government is now struggling to pass this bill before politicians leave the capital for the summer break.

If the bill does not pass, it is unlikely to do so before a national election this fall, leaving tens of thousands of lives hanging in the balance.

It has been a little over six months since Canada legalized recreational cannabis, and by most accounts this national experiment has been a relative success. What Canadian legalization still lacks, however, are the important measures needed to repair the damage caused by almost a century of prohibition.

As is the case in many other jurisdictions, Canadian drug law enforcement is heavily racialized. Data gathered from Toronto and other major Canadian cities show that Black and Indigenous people have been arrested for minor cannabis possession at rates as high as five and nine times that of whites, respectively.

This means that Black and Indigenous people have been disproportionately burdened with the outcomes of a criminal record – reduced educational and employment opportunities, poorer housing prospects and travel restrictions – for engaging in an activity enjoyed by a significant proportion of the Canadian population.

Akwasi Owusu-Bempah presented a TEDx talk, The Untapped Promise of Cannabis Legalization, as part of its Mississauga series

A lesson for the United States

Unlike the narrative now dominant among the U.S. 2020 Democratic hopefuls, Canada’s move towards legalization was never about social justice or reparations. Having promised recreational cannabis as part of his campaign platform, Prime Minister Justin Trudeau’s government rushed to draft and pass the Cannabis Act in time to help them secure a political win.

Addressing the racialized harms of cannabis prohibition barely featured in political debates over legalization in Canada. Instead, the focus was on promoting public health and diverting profits away from the illicit market.

While we dither over whether to provide pot pardons, equally substantive equity measures – such as the reinvestment of cannabis tax revenue into the communities most harmed by prohibition and the incorporation of the drug war’s victims into the legal cannabis industry – go largely unrealized. For legalization to be a true success, these measures must be forthcoming.

Given the nature of the political process, it can be all too easy for politicians to satisfy themselves with half-baked policies. If there is one thing that American lawmakers can learn from the Canadian example, it is that cannabis equity must be incorporated into legalization from the outset.

Given the lack of racial and economic diversity in established cannabis industries, not doing so is likely to further entrench the inequalities created by the war on drugs.

Akwasi Owusu-Bempah is an assistant professor in the department of sociology at University of Toronto Mississauga.