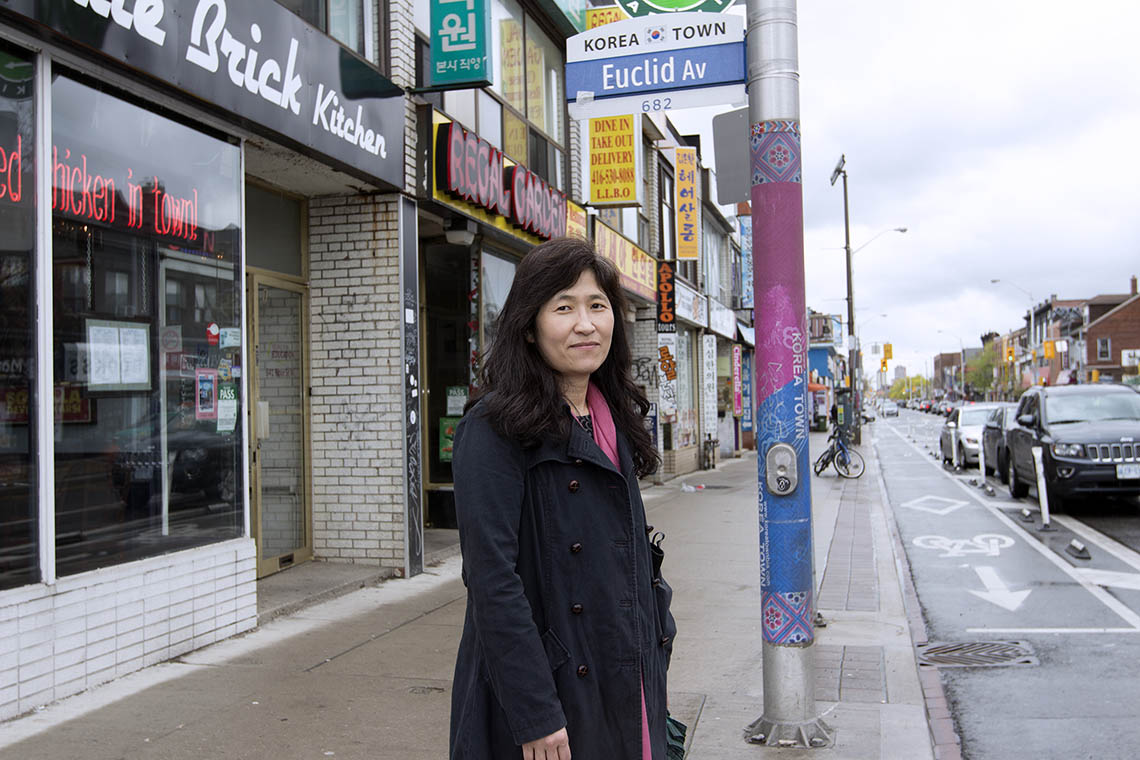 Yoonkyung Lee is an associate professor of sociology in the Faculty of Arts & Science who studies labour politics, social movements and political representation.

She was appointed to the University of Toronto in 2016, and holds the Korea Foundation Chair in Korean Studies.

She spoke with Diana Krupel about the uniqueness of political life in South Korea, and why we have to be careful not to judge the country and its democratic experience through a Western lens.

“Politics in [South Korea and Taiwan] cannot be understood without the historical legacies of colonialism, war and national division, which have set a different terrain for the creation of democratic politics,” she says.

You trace the historical formation of political opposition in South Korea. What is unique about South Korean society and political life?

Our understanding of democratic politics is hugely pre-defined by the political experience of Western societies. We work with presumed notions, such as modern political systems emerging with industrialization, political pluralism exercised by political parties, and civil society buttressing micro-level democratic processes. By doing so, we often make the mistake of assuming that if something is “different” from the “Western standard,” democracy is an aberration and deficient.

Over the years of my comparative study of political development in non-Western societies like South Korea and Taiwan, I have come to learn that they need to be approached on their own terms. Politics in these societies cannot be understood without the historical legacies of colonialism, war and national division, which have set a different terrain for the creation of democratic politics. My task as a scholar is to identify the different trajectories and to explain what this “difference” adds to our knowledge of politics, democracy and social change.

In this sense, South Korea presents an intriguing case, with a strong state, a contentious social movement, and relatively weak political parties. These three actors have formed a unique political dynamic under which political stability and predictability are hard to come by. The political force that seizes state power strives to use the overarching authority. Vocal social movements mobilize to contest the excessive state. And political parties are unable to harness the conflicting interests into the formal political process. It is this very dynamic that creates sporadic historical moments when people mobilize, become politically enlightened, directly participate, and make a drastic change in the course of politics. The phenomenal protest that occurred in South Korea over several months in 2016 and 2017 led to the formal impeachment of the incumbent president Park Geun-hye – there is no better example that shows the unique political dynamic of Korea.

What does your research tell us about the rising socioeconomic inequality in East Asia and how labour is reacting to it?

East Asian countries like South Korea and Taiwan are often praised for achieving both economic affluence and political democratization in just a few decades after their devastating experience of colonialism and war. Yet, workers and labour unions have never been fully embraced as legitimate actors. Military dictatorships that led economic development repressed labour for two reasons: to keep labour costs low in order to spur the success of export-oriented industrialization, and to inhibit workers from becoming a collective force for political opposition. Political democratization in the late 1980s could not overturn the weakness of labour, and the neoliberal change in the 1990s worsened labour’s position.

In a sense, rising economic disparity in South Korea is a result of weak labour and its lack of political voice, which in turn further undermines the bargaining position of labour. About half of the South Korean labour force is known as “irregular” workers who have few protections under labour law or social welfare. Fewer than 10 per cent of all paid employees are unionized. In short, South Korean workers are placed under a highly exploitative system without proper channels of intermediation. Workers who are pushed into an extreme corner resort to an extreme form of protest, like protesting in a high-altitude structure (such as industrial cranes and transmission towers) for days and months. Precarity and poverty have reached a point where it is no longer a class issue but a social issue that requires a serious political intervention.

As we look at our own society in North America, are there lessons that can be drawn from East Asia and to which we should pay heed?

The starting point of addressing issues of inequality is to understand the reality of the rising economic gap and its distinctive features. My concern for Canada is that there isn’t enough recognition and discussion about worsening inequality despite the fact that income gaps have been rising in the past 20 years. Racial and ethnic dimensions are important features of inequality that require public and scholarly attention, too. If a serious social issue is unspoken, it will never be addressed.

You came to Toronto from the United States to take up the Korea Foundation Chair in Korean Studies. What attracted you to the University of Toronto?

Around the time I was getting my tenure and promotion to associate professor at Binghamton University in the United States, I was looking for an opportunity to move to an academic institution that offers a more diverse and vigorous intellectual community. I was familiar with a number of U of T faculty in sociology, political science, East Asian studies and anthropology, and I admired their scholarship. Then I saw the job posting for a Korean studies social scientist. Equally attractive was the city. I had been to Toronto for conferences before, and I could definitely see the vibrancy of the city. Toronto has so much to offer, from cultural diversity to unlimited culinary choices, as well as a perfect mix of metropolitan features, traditional neighbourhoods and natural landscapes. Now that I am here, I am excited to be a part of this incredible intellectual community in such a beautiful city.

What are your goals as the Korea Foundation Chair in Korean Studies?

I want to fully realize the potential of the existing resources by encouraging collaborations between faculty and graduate students at the University of Toronto and York University. We have so many excellent scholars across different disciplines at these two institutions that exciting and innovative scholarly projects can readily be launched by working together.