U of T expert on looking beyond NAFTA: Why Canada must find new global markets 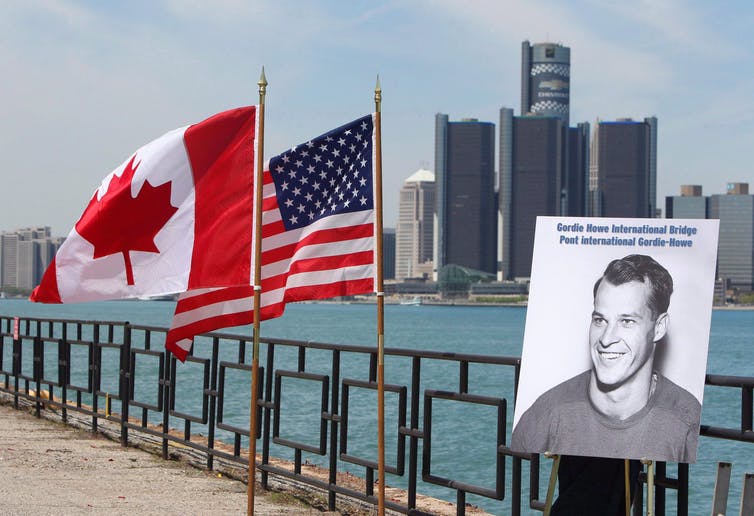 Plans for a new bridge between Detroit and Windsor will increase the flow of goods between Canada and the U.S. But Canada’s current trade war with the U.S. means the country should diversify its economy (photo by David Chidley/The Canadian Press)

Canada’s Senate committee on banking, trade and commerce is undertaking yet another study on Canadian trade, this time looking at the potential impact of the NAFTA renegotiation on the Canadian economy.

In testifying before the committee recently, I argued it’s truly a sad state of affairs that the prosperity of millions of Canadians can be impacted by the decision of one man – U.S. President Donald Trump.

As many have argued for the past 20 years, the Canadian government and businesses must deploy strategies to globalize the Canadian footprint beyond the United States. It’s time to move beyond simple rhetoric and move to action.

Theory and experience tell us that such change is very difficult without a sense of urgency. More importantly, however, implementing the needed change gets more difficult the longer it is delayed.

Preparing for an end to NAFTA

There is now a very real possibility NAFTA could end. While there is tremendous uncertainty on what the economic impact would be, one thing is clear: It’s not good. In contrast, the importance of having a more diversified global footprint is crystal clear.

Had Canada deployed and effectively pursued strategies to deepen its trade and investment relationships with fast-growing emerging markets over the past few decades – instead of its stubborn fixation on the U.S. market – the risk to the prosperity of Canadians would be mitigated.

Both a smaller share of Canada’s trade would be with the United States and, more importantly, the networks would be in place to buffer trade disruptions with the U.S. market. Instead, we have neither.

It’s incumbent upon the Canadian government to focus its efforts on emerging markets, including China, India and elsewhere. At the same time, policies must be created to help Canadian firms access those markets. This involves improving the innovative capacity and productivity of Canadian companies.

Ottawa doesn’t get it

Even in the midst of perhaps the most significant threat to Canadian prosperity in the post-war era, the Canadian government still doesn’t get it. Ottawa’s refusal to allow a deal that would see construction firm Aecon Group Inc. be taken over by a Chinese state-owned company on national security grounds has not helped the case for a potential free trade agreement with the Chinese. The decision sends all the wrong signals.

The Aecon ruling comes at a time when Canada must deepen its trade and investment ties with China to diversify trade away from the United States. Instead of embracing this opportunity, the Canadian government decided essentially to tell the Chinese that Canada doesn’t trust them. How is Canada going to seriously develop a trade and investment agreement with China with this attitude?

This, of course, is not new. The previous government of Stephen Harper had similar concerns about China – after approving the takeover of Calgary-based Nexen Inc. by China’s CNOOC Ltd. in 2013, it simultaneously announced it would rule out further investments into the energy sector by state-owned enterprises. That policy essentially focused on excluding Chinese investment.

We are well beyond the point where diversifying Canada’s global footprint can be considered urgent. What may be most surprising to Canadians is that in the years to come, this is exactly what will happen – but no longer by choice.

As NAFTA collapses, there will be no choice but to find new markets. Change will be forced upon Canadians with far worse outcomes than had a strategy been deployed well in advance.

The sooner Canada truly realizes the global economy has changed and there are tremendous opportunities beyond the United States, the sooner Canada’s over-dependence on just one increasingly protectionist market will fall.

Regardless of the outcome of the current trade tensions, let’s not remain vulnerable going forward.

Walid Hejazi is an associate professor of international business at U of T's Rotman School of Management.