U of T to ensure student access despite changes to OSAP, tuition framework 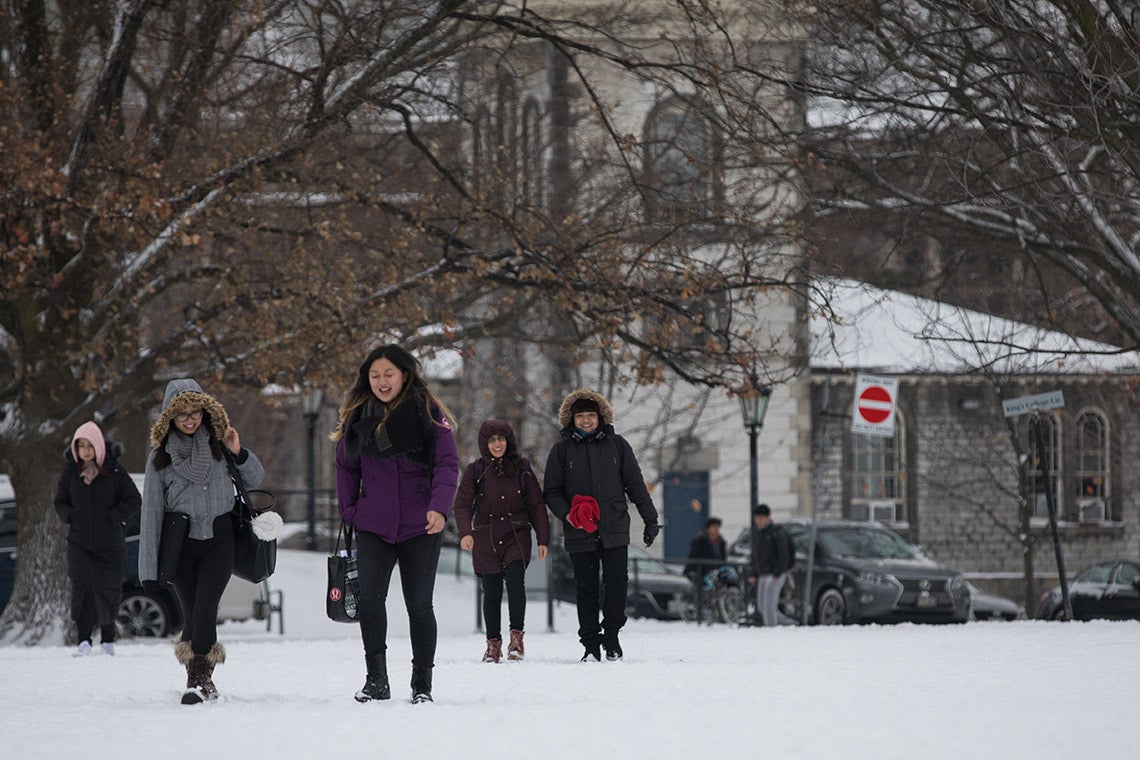 The University of Toronto is committed to maintaining its standing among the world’s top academic and research institutions – and ensuring access for all qualified students – despite the Ontario government’s cuts to post-secondary education funding.

President Meric Gertler said U of T is studying the government’s plan, announced today, to roll back recent changes to the Ontario Student Assistance Program, or OSAP, alongside a cut in the tuition fees paid by students across the province.

More than half of U of T’s 47,000 domestic undergraduates are currently eligible for OSAP, while a little over 60 per cent of the university’s funding comes from tuition and other student fees.

“We need to review our budgets to assess the full impact of these changes,” President Gertler said. “But we remain committed to fulfilling our academic mission, and to supporting excellence in research and innovation.

“We will do all we can to limit the impact of these changes on the U of T community.”

Citing a recent auditor general’s report, Merrilee Fullerton, the province’s minister of training, colleges and universities, said during a news conference that Ontario’s Progressive Conservative government will undo OSAP changes made by the previous Liberal government. Those changes, first introduced for the 2017-2018 academic year, increased the number of non-repayable grants provided through the program – as opposed to student loans – in a bid to allow low-income students to be able to attend college or university for free.

At the same time, Fullerton officially announced plans, beginning in the 2019-2020 academic year, to cut tuition paid by domestic students by 10 per cent across the province, and then freeze tuition at that level in 2020-2021.

Tuition paid by international students is unregulated, and will therefore be unaffected.

Fullerton also said the Ontario government will introduce a plan that would allow, with some exceptions, students to pick and choose between the non-tuition fees they pay.

In response to a reporter’s question, Fullerton said there would be no cuts to the core operating grants provided to the province’s colleges and universities.

While the latest changes to OSAP could make life more challenging for low-income students, President Gertler said U of T is committed to ensuring access to a post-secondary education is based on merit – not a student’s ability to pay.

“We know how hard many of our students and their families work to get a university education,” he said.

“We feel it’s important to remain firm in our long-standing access guarantee – that financial circumstances should not stand in the way of a qualified student entering or completing their degree.”

U of T, routinely ranked as the country’s top university, has more students from lower-income families than any other university in the province, with at least one quarter of all first-year students coming from families who earn $50,000 or less per year.

To ensure equality of access, U of T spent more than $200 million this year on its own financial aid programs – more than any other university in Ontario, and about double what the province requires.

As for the proposed tuition cuts, the minister indicated there is currently no plan to offset lower tuition revenue for universities with increases to operating grants or other provincial funding mechanisms. That will leave schools with a significant hole in their budgets at a time when many are looking to post-secondary institutions to drive Ontario’s success in the knowledge economy.

“As governments look for cost savings,” said President Gertler, “we will impress upon them not to lose sight of the important work our faculty and students do in improving the lives of Ontarians and others around the world.”