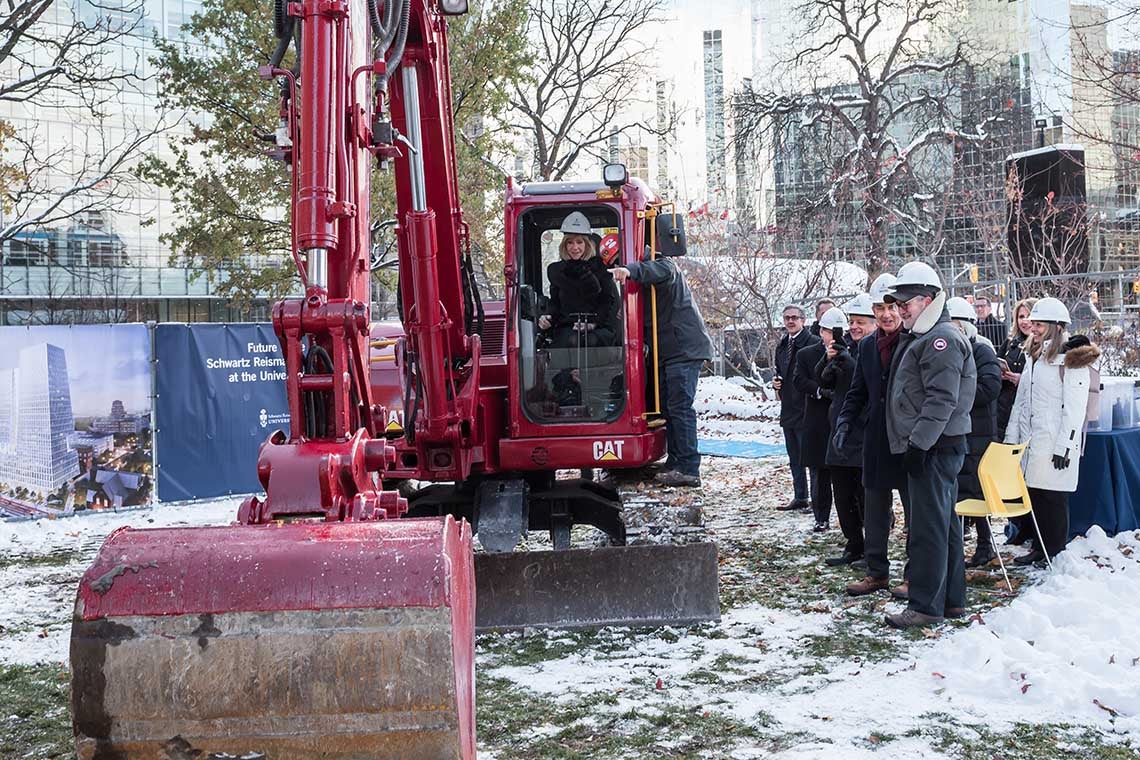 Heather Reisman operates a backhoe during the groundbreaking ceremony for U of T's Schwartz Reisman Innovation Centre, made possible through a $100-million donation by Reisman and her husband Gerry Schwartz (photo by Lisa Sakulensky)

The donors behind the University of Toronto’s Schwartz Reisman Innovation Centre saw the project as a “once in a lifetime chance” to be involved in something that could be a force for good in the 21st century.

That’s according to business leader and philanthropist Heather Reisman, who told BNN Bloomberg the $100-million donation given to U of T by her and husband Gerry Schwartz was prompted by the ambitious vision articulated by President Meric Gertler and other U of T leaders.

“They laid out the dream of what they had in mind, and it was so compelling," Reisman said. "It resonated with everything Gerry and I believe in."

Reisman said she’s especially proud of the Schwartz Reisman Institute for Technology and Society, which will be devoted to exploring what she described as “the intersection between galloping technology and who we are as human beings.”

The overarching mission of the new buildings and the institute, Reisman said, will be “to cross over philosophers, legal people, economic people, sociologists, who will mix it up with the AI scientists and the advanced technology scientists – to really lead with humanity.”

Watch the interview on BNN Bloomberg