U of T community members recognized with the Order of Canada 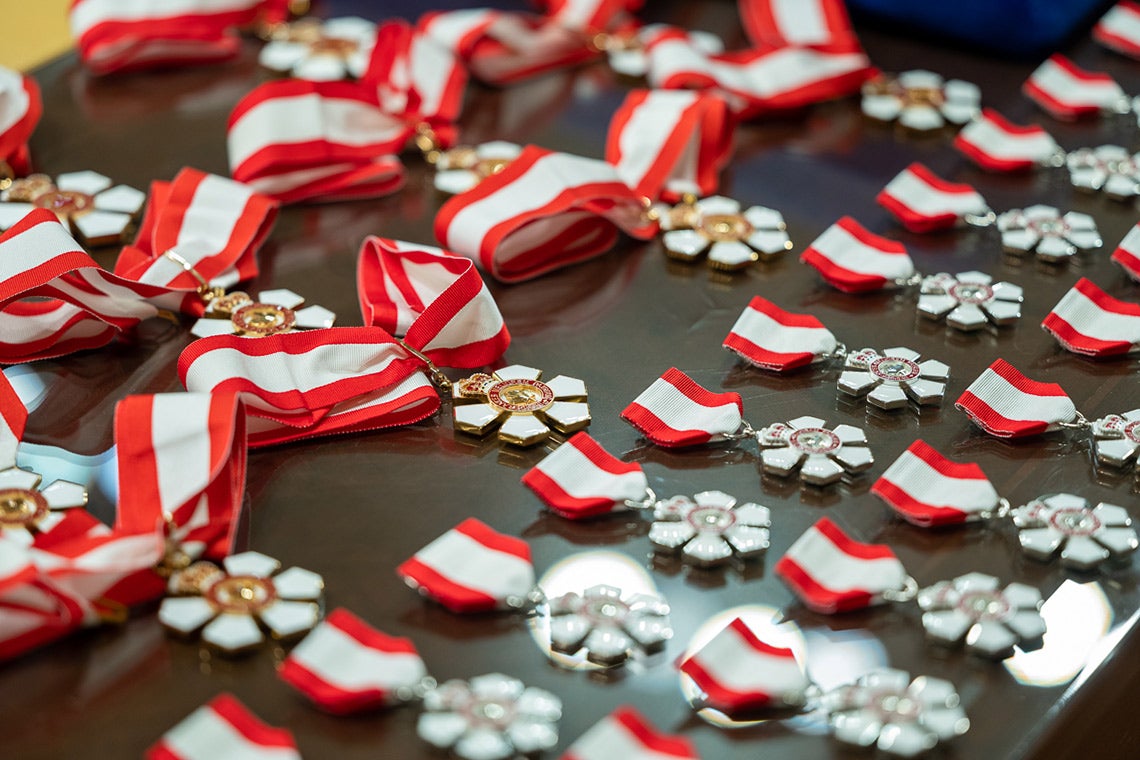 A political scientist whose expertise has shed light on the abuse of spyware around the world. A physician who is a leader in cancer prevention research. A trend-setter in Canadian film.

These are just a few of the University of Toronto community members who were most recently appointed to, or promoted within, the Order of Canada.

Gov. Gen Mary Simon announced a total of 99 new appointments and promotions on Dec. 29. They include: Ron Deibert, a professor in the department of political science in the Faculty of Arts & Science and the director of the Citizen Lab at the Munk School of Global Affairs & Public Policy; Eva Grunfeld, physician and professor in the department of family and community medicine in the Temerty Faculty of Medicine; and alumnus Martin F. Katz, founder and president of Prospero Pictures.

“Celebrated trailblazers in their respective fields, they are inspiring, educating and mentoring future generations, creating a foundation of excellence in our country that is respected throughout the world,” Simon said in a statement.

“Their commitment to the betterment of Canada fills me with pride and hope for the future. Alianaigusuqatigiivassi. Congratulations.”

Created in 1967, the Order of Canada recognizes individuals who have made a difference in their communities with their outstanding achievements and service to the country. 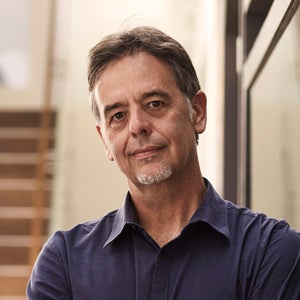 Ronald James Deibert, a professor in the department of political science in the Faculty of Arts & Science and the director of the Citizen Lab at the Munk School of Global Affairs & Public Policy, was named an Officer for “his leadership and expertise in digital technology, security and human rights, and for his groundbreaking contributions to cyber security around the globe.” The work of Deibert and other Citizen Lab researchers has helped expose the use of cyber espionage campaigns and malicious spyware targeting governments, citizens, activists, journalists and human rights defenders in countries such as Mexico, the U.K., El Salvador and Spain.

Konrad Eisenbichler, professor emeritus in the department of Italian studies in the Faculty of Arts & Science, has been named a Member for “his acclaimed interdisciplinary study of sexuality, gender, history, religion and literature in the Italian Renaissance era.” A prize-winning scholar, Eisenbichler has authored, edited or translated more than 30 books and published more than 70 peer-reviewed articles in his field. 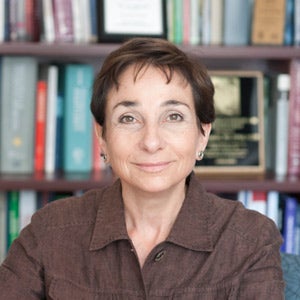 Physician and professor Eva Grunfeld was named an Officer for “her influential research in cancer prevention and survivorship care, particularly within a primary care setting.” The Giblon professor and vice-chair (research) in the Temerty Faculty of Medicine’s department of family and community medicine with a cross appointment to the Institute for Health Policy, Management and Evaluation at U of T’s Dalla Lana School of Public Health, Grunfeld is also director, knowledge translation research, in the health services research program at Cancer Care Ontario and the Ontario Institute for Cancer Research.

Allan Edward Gross, an orthopedic surgeon at Mount Sinai Hospital and a professor of surgery in the Temerty Faculty of Medicine, was named a Member for “his significant advancements in bone and cartilage transplantation as a renowned orthopaedic surgeon, educator and researcher.” Gross, who specializes in lower extremity reconstruction, earned his medical degree from U of T in 1962.

Budd Lionel Hall was named an Officer for “his contributions as a pioneer in the field of community-based research, and for his advancement of knowledge building and research capacity around the world.” A professor emeritus with the University of Victoria, Hall is a former professor and chair of adult education and community development at the Ontario Institute for Studies in Education.

Lori Haskell, a former assistant professor in psychiatry in the Temerty Faculty of Medicine, was named a Member of the Order for “her groundbreaking and transformational research into the treatment of violence and trauma in vast sectors of society.” A nationally recognized expert in her field, Haskell is a clinical psychologist and a nationally recognized expert on trauma and abuse, and on trauma-informed approaches to mental health service delivery and legal responses. 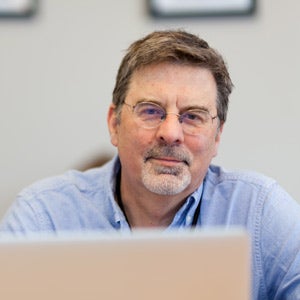 Andreas Laupacis, a professor with the Institute of Health Policy, Management and Evaluation at the Dalla Lana School of Public Health and in the Temerty Faculty of Medicine, was named an Officer for “his ongoing contributions to the field of medicine and to a broad range of health care initiatives in Canada and around the world.” He is the former editor-in-chief and current deputy editor of the Canadian Medical Association Journal, and is a champion for enhancing the voice of patients within the health-care system.

Richard D. Weisel, a scientist emeritus at Toronto General Hospital Research Institute, University Health Network, and a professor in U of T’s Temerty Faculty of Medicine, was named a Member for “his leadership as an academic cardiovascular surgeon and for his scientific contributions to the field.” Weisel is renowned for his work in the fields of cell transplantation, myocardial protection and vascular biology.

Ecologist Barbara Lewis Zimmerman was named an Officer for “her contributions to conservation science and for her advocacy of Indigenous Peoples’ rights to preserve the Amazon rainforest.” Formerly an adjunct professor of forestry at U of T, Zimmerman is a director with the Environmental Defense Fund.

Sheila Ruth Block, who taught an intensive advocacy course at U of T’s Faculty of Law and is on the advisory board for the Program on Ethics, Business and the Law at U of T, was named a Member for “her trailblazing contributions to law in Canada and aboard, and for her wide-ranging advocacy.”

Angela Ella Cooper Brathwaite, who earned a PhD from U of T’s Lawrence S. Bloomberg Faculty of Nursing, has been named a Member for “her extensive contributions to the field of nursing through her leadership, public policy advocacy, education and research.” She has held leadership positions in primary care, acute care and public health settings and taught nursing students at Ontario Technology University and U of T.

Allen Charles Edward Eaves, who earned a PhD in medical biophysics at U of T, was named an Officer of the Order, recognized for “his leading business acumen in the biotechnology industry and for his advancement of cutting-edge stem cell and leukemia research.” Eaves is the president and CEO of Vancouver-based STEMCELL Technologies and is a professor emeritus at the University of British Columbia.

Award-winning stage and screen actor Victor Jay Garber was named an Officer “for his outstanding work in film, television and theatre.” While not a graduate of U of T, Garber has spoken of working on his craft as a teenager at Hart House, telling the Toronto Star in 2010 that, at 16, "I was accepted at a six-week summer theatre training program at Hart House at the University of Toronto with Robert Gill as the teacher. I was the youngest one there."

Paula Beth Gordon, an alumna of the Temerty Faculty of Medicine, was named an Officer “for advancing ultrasound imaging and technology in the early detection of breast cancer, as a prominent radiologist and researcher.” Gordon is a clinical professor in the department of radiology at the University of British Columbia.

Michael Douglas Hill was named an Officer for “his major contributions to the advancement of acute stroke care and treatment at the provincial, national and international levels.” A professor at the University of Calgary, Hill completed his neurology residency at U of T.

Martin F. Katz, a special lecturer in intellectual property law at U of T, was named a Member for “his contributions to the Canadian film, television and media industries, as a producer and leading innovator.” Katz, who graduated from U of T with a law degree, is the founder and president of Prospero Pictures, and his work has been nominated for Academy Awards and Golden Globe Awards.

Warren Charles Seymour Kimel, whose donation to the Temerty Faculty of Medicine supported the creation of the Kimel Family International Fellowship Training Program in Gynaecologic Oncology & Maternal Fetal Medicine, was named a Member for “his enduring leadership and philanthropic contributions in support of vulnerable members of Canadian society.”

Harry S. LaForme, who received an honorary degree from U of T in 2021, was named an Officer “for advancing national Indigenous rights as a groundbreaking jurist, and for championing underserved communities in Canada.” The country’s first Indigenous appellate judge, LaForme helped reframe the discussion about Indigenous land rights and self-government in Canada. He also wrote a decision that led to same-sex marriage becoming legal in Ontario.

Honorary degree recipient Pierre Lassonde was promoted within the order to the rank of Officer. Lassonde – who has been a supporter of the university through his leadership and donations for decades, including a transformative gift that established the Lassonde Institute of Mining in the Faculty of Applied Science & Engineering – was recognized “for his long-standing contributions to the gold industry and for his transformative philanthropy, notably in support of the arts and education.”

Gerald James Lozinski and Joan Mary Lozinski, who are supporters of the Faculty of Music, were named Officers for “their long-standing support for the arts in Canada, with a special focus on dance excellence.”

Jacqueline Mary Elizabeth Maxwell, who has been a guest drama lecturer at U of T, was named a Member “for her contributions to Canadian theatre as an artistic director, director, dramaturge and teacher, and for her advocacy of women in the field.”

Ivar Mendez was named an Officer for “his pioneering work in the use of remote telemedicine and robotics to revolutionize the delivery of health and patient care in Canada and worldwide.” Mendez, who completed his undergraduate degree at U of T, is the Fred H. Wigmore professor and provincial head of the department of surgery at the University of Saskatchewan and Saskatchewan Health Authority.

Did we miss anybody? If you know of an Order of Canada honouree with ties to U of T who was announced in December 2022, but isn't mentioned above, please let us know at uoftnews@utoronto.ca.