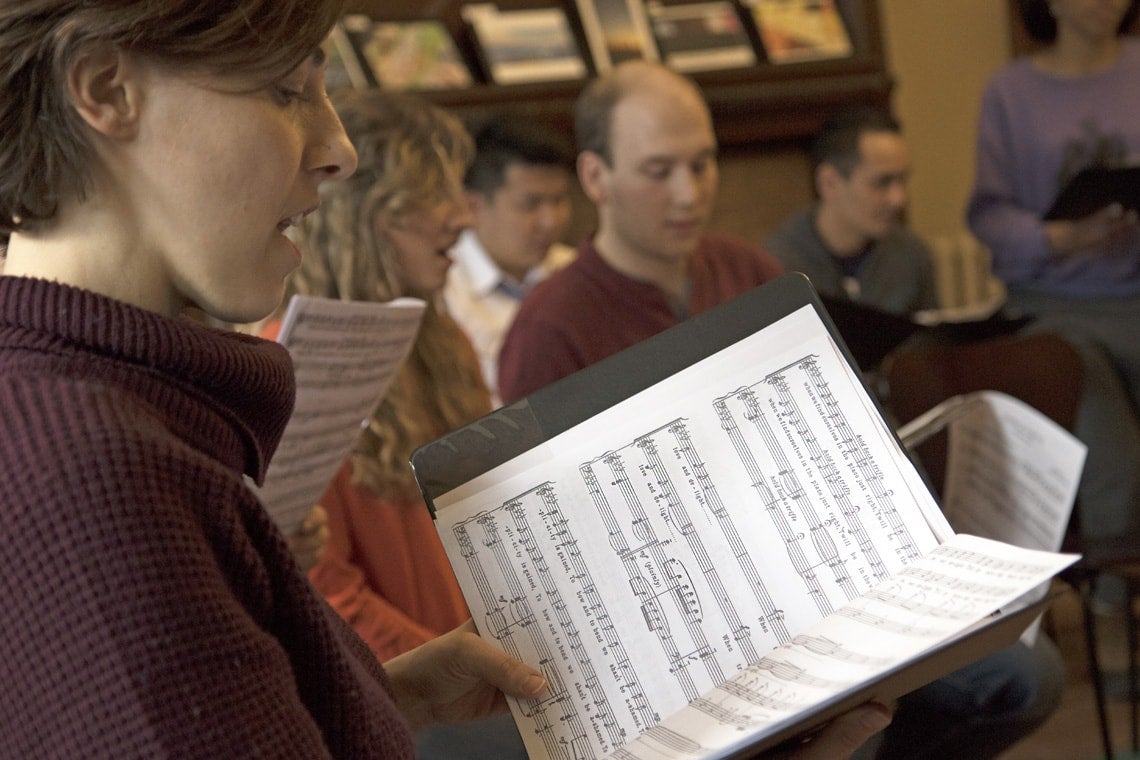 In a dimly lit room at University of Toronto’s Cumberland House, a group of about 15 students belt out an upbeat South African hymn called “Siyahamba”.

They sing in Zulu and in English, but for many neither language is their mother tongue. The U of T students are members of the Spirit Singers choir – a choral group organized by U of T’s Multi-Faith Centre.

“The choir is a wonderful mix of Canadian domestic students and international students, including students here on short-term exchanges,” says Richard Chambers, director of the Multi-Faith Centre.

This Saturday, the Spirit Singers will be performing alongside community choir Common Thread for “Would You Harbour Me?” a concert in support of a U of T initiative that works with young Syrian refugees in Toronto.

Below: Spirit Singers perform "Would you harbor me" at a recent rehearsal

The performance will raise money for the Cultural Exchange and Support Initiative (NMC-CESI) created by students and faculty in the department of Near & Middle Eastern civilizations. NMC-CESI holds weekly workshops and activities for Syrian youth to help them learn English and settle into life in Canada.

Most of the proceeds from the concert will go toward the operational costs of the entirely volunteer-run program, but NMC-CESI co-founder and doctoral student Rob Martin hopes it will provide more opportunities to take the Syrian newcomers to interesting places around the city like the Science Centre.

“What's been amazing is the way the community at the University of Toronto has rallied behind us, not just students but administrators that are our volunteers and members.” 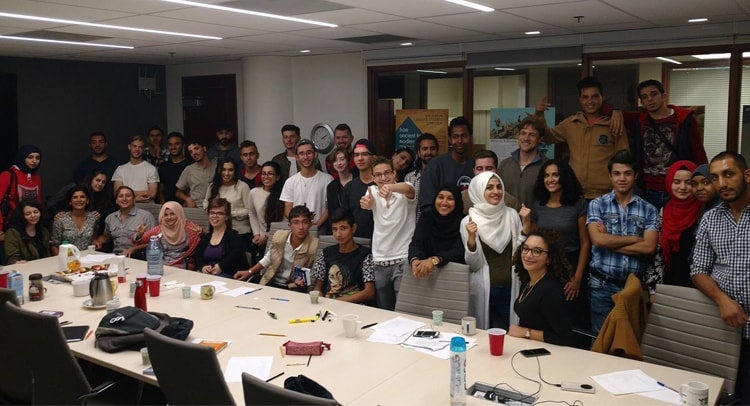 Syrian youth will be able to go to the concert for free – it’s a chance for them to experience the diversity of Canadian culture first-hand. Celebrating people’s differences is something the Multi-Faith Centre takes pride in, says Chambers.

“We need to think critically and build relationships, and we need to do this important work of building social cohesion while at the same time honouring individual differences through relationships,” he says.

For Alexandre Milovanoff, an international student from France in the first year of his PhD in civil engineering, being a part of the Spirit Singers was an opportunity to meet like-minded students.

“For me, singing with all of those people in order to reach a common goal to promote peace – it's an amazing way to feel that we are not just thinking about it but trying to act on it,” he says.

The act of singing in a choir is a lesson in acceptance, says Milovanoff.

“You’re trying to share the different voices and accept each other’s voices to get a beautiful and in unison voice,” he says.