U of T celebrates exemplary teaching 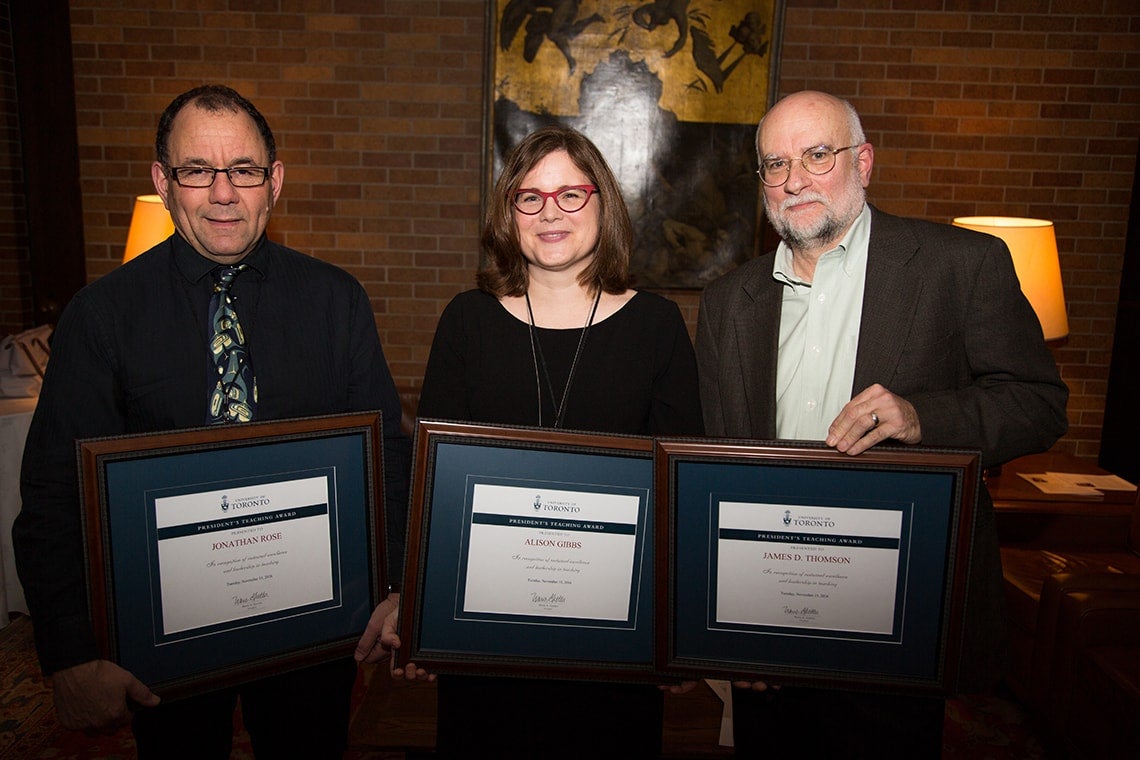 U of T's Jonathan Rose (left) Alison Gibbs and James D. Thomson (right) are the recipients of the 2016 President's Teaching Award

One tries to make sense of the world through statistics. The other is a coding wiz. And the third focuses on explaining the relationship between plants and animals.

While the three come from different backgrounds, they share a devotion to their students.

“It’s not about teaching. It’s about learning,” Gibbs said.

Gibbs and Thomson are from the Faculty of Arts & Science. Rose is from the Faculty of Applied Science & Engineering. All three were honoured Tuesday night at a ceremony marking the 10th anniversary of the first university-wide teaching award. U of T President Meric Gertler and Vice-President and Provost Cheryl Regehr presented the awards. 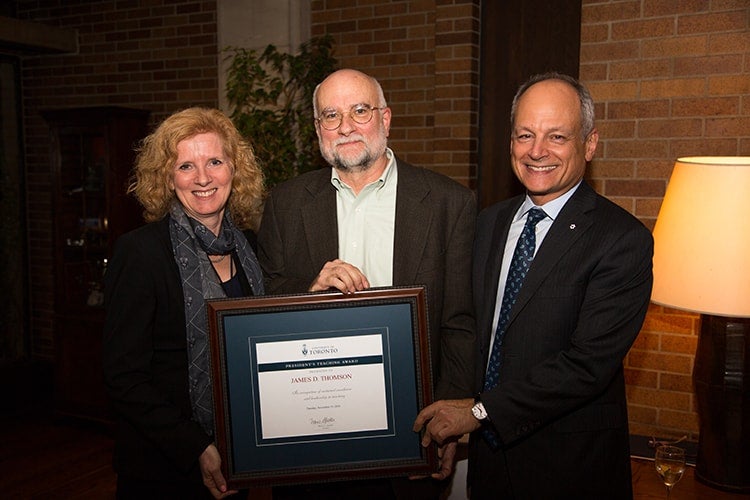 Thomson co-teaches an introductory biology course on adaptation and biodiversity that is so popular that enrolment often exceeds the seats in Convocation Hall. To accomodate the 1,900 students who typically sign up, the class has morning and evening sessions.

Thomson has also taken students as far as Vietnam to study flowers and pollinators, and he wrote a textbook called The Struggle for Existence, a nod to Charles Darwin.

Known for his dry sense of humour, he tries not to recycle jokes for students.

“If some little witticism occurs to me while I’m phrasing a sentence, I’m willing to take a bit of a flier and throw it in. Usually, those pretty much fall flat,” he said with a laugh. 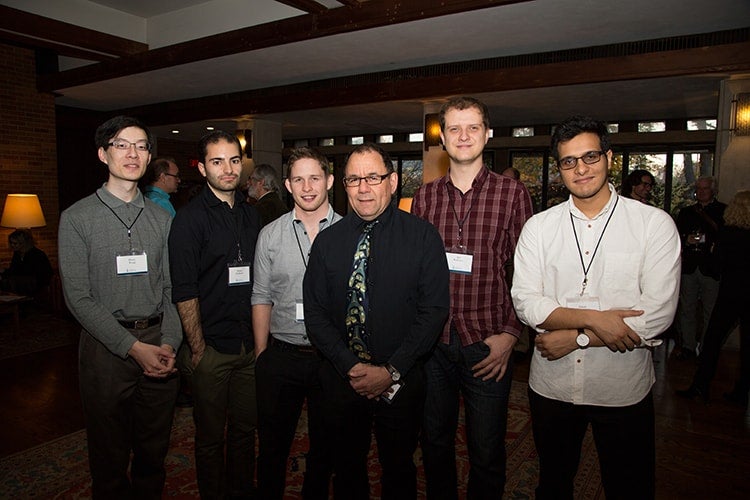 Rose encourages his computer engineering students to tackle practical problems – and many have by developing prototypes of useful apps. He teaches a graduate-level mobile app development course that has led students to build more than 110 prototypes. Last year’s projects include an app designed to help autistic kids find suitable playmates and another that translates Russian opera lyrics for singers who can’t read Cyrillic.

“He cares really deeply for students, not only at the top of the class but also students at the lower end of the class,” said Braiden Brousseau, a PhD candidate in computer engineering and one of Rose’s teaching assistants. “He goes out of his way so many times to make sure no one is left behind.” 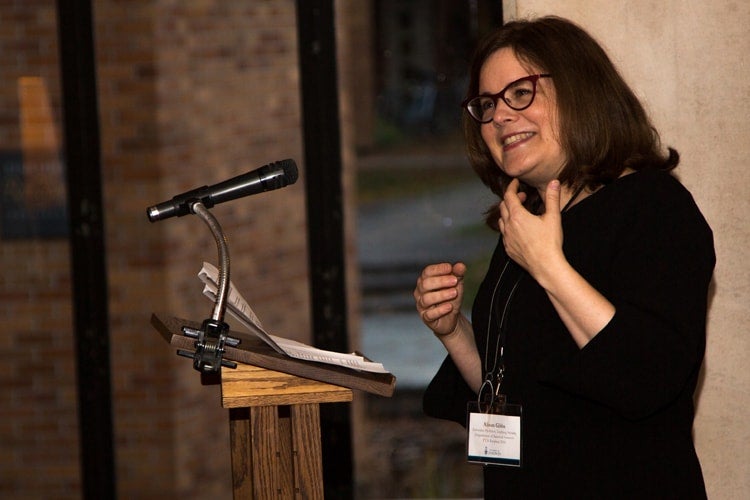 Gibbs is leading the charge to renew the statistics curriculum at U of T. She has developed a capstone course pairing up fourth-year statistics students with research students in other fields.

She says the key to good teaching is to see the material through the eyes of students. Whenever she’s lecturing, she draws on practical examples to show the power of statistics – and, sometimes, the blind spots.

The President’s Teaching Award winners receive an annual professional development allowance of $10,000 for five years. They are also designated as members of the University of Toronto Teaching Academy for a minimum of five years.