U of T author explains why death beats immortality 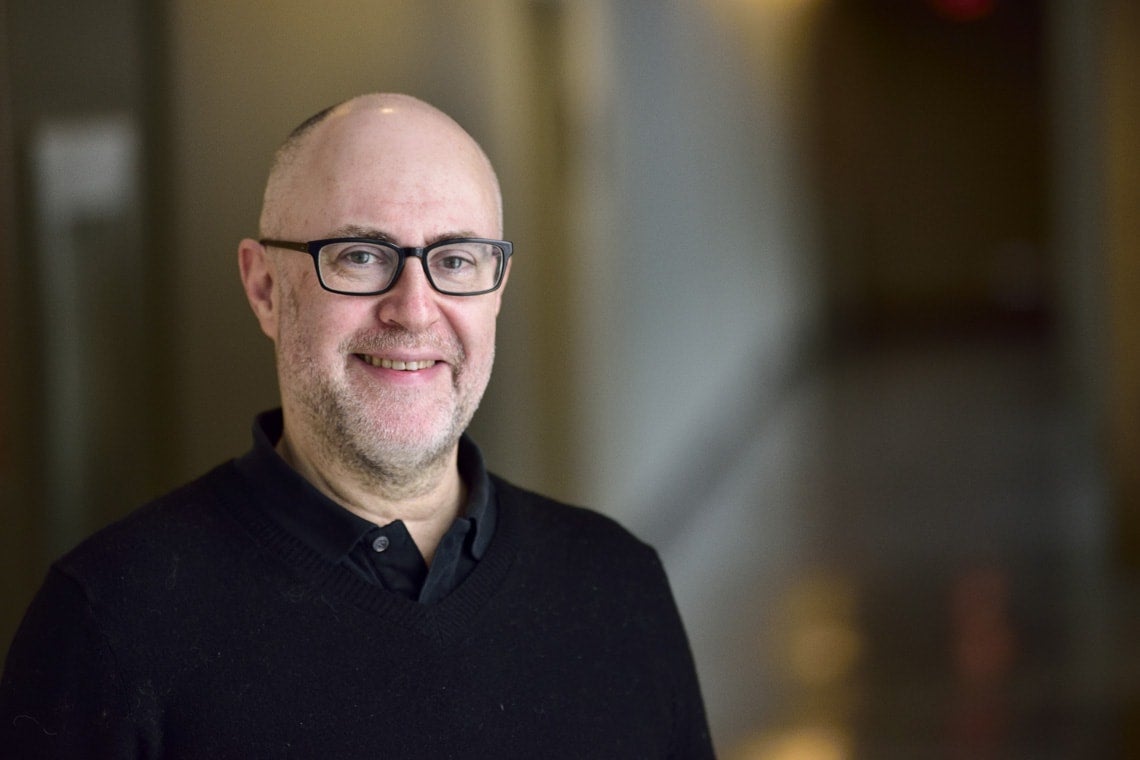 Andrew Stark: "Life is always throwing us opportunities and withdrawing them, and that alone is enough for us to do something with our lives" (photo by Ken Jones)

Writing a book about death is not a cheery proposition. While many of us would prefer not to think about it in great detail, death is a fact of life that looms over us all.

But now the idea of immortality, once relegated mainly to the realm of science fiction and literature, is springing up as a serious topic of conversation among philosophers and scientists alike.

In his new book The Consolations of Mortality: Making Sense of Death, Professor Andrew Stark tries to make sense of arguments both for and against death in the most upbeat way he can.

Stark, who teaches at U of T Scarborough and the Rotman School of Management, argues that despite its obvious shortcomings, death is still a far better fate than any of the conceivable alternatives.

Psychology Today says the book “provides arresting insights about how we think about being dead (and alive).” Philosopher Colin McGinn called the book "charming" in the Wall Street Journal.

University of Toronto Scarborough writer Don Campbell recently sat down with Stark to talk about his insights into death.

What inspired you to write this book?

On the one hand, many wise people argue that if we look at it in the right way, we will see that death really doesn’t deprive us of anything valuable, that it even has its blessings. But as I spent time reading their arguments, I couldn’t help feeling that somehow they were trying to rationalize or make the best of a bad situation. On the other hand, many very smart people have embarked on the scientific quest to put an end to human mortality through various medical, genetic or technological innovations. But as I spent time reading them, their predictions came to show a naïve shallowness. They seem unaware of the countless follies present in history and literature that teach us about our own exercises in hubris.

So I was unhappy with the arguments mounted by both sides – that death is good or that death is bad – and I wanted to push further and figure out a position that, at least to me, is more suited to the kind of creatures we are.

So why is living forever not all it’s cracked up to be?

The most compelling contemporary argument against living forever comes from the philosopher Bernard Williams. If we lived forever, while retaining the same basic goals, attachments and memories that make up our basic character, then sooner or later we would have done everything we cared to do and seen everything that life has to offer. At that point, everything would become terribly boring. In that case, we may as well be dead because nothing would really happen.

On the other hand, if you want to keep jettisoning your goals, attachments and memories and replacing them with new ones over time to avoid boredom, that would be the same as dying and becoming someone entirely different. You’re not going to share any of the values you have now, and you’re not going to have any of the relationships you have now. So essentially, you’re going to die anyway because everything you’re attached to now will be gone. In this way too, sooner or later immortality would turn into its own form of death.

One consolation about death is that life can provide its own kind of immortality. Can you explain that?

One of its central strands is that if we make some kind of mark in life, then we can live on after we die. For example, we generally think that when we die all of our precious memories will die with us. But now you have Microsoft guru Gordon Bell saying that we can preserve all of our memories online. If we have a camera, our lives can be recorded 24/7. So even if we die, our memories will live forever. There are others who would argue that we don’t really ever disappear. Even in a mortal life, you can make an impact on the world by writing great books, making discoveries, erecting buildings or doing great things in public life, and you will live on after death as a result. There are many variations of this idea, some more profound than others.

So I’m selfish and want to live forever because I want to see where civilization ends up. I want to see whether we contact life outside Earth and see some of the great mysteries of the universe solved. Why is that worse than dying?

One reason is that solving the mysteries of the universe on the one hand, and “you” continuing to live forever might not be compatible. There are thinkers who argue that eventually we will merge into some type of collective super-intelligence, and that only if we do so will we be capable of understanding the most beautiful mysteries the universe has to offer at the most fundamental level. What they mean by this is pretty sketchy. But my view is that if what we value in living is the continuation of our own individual consciousness, then merging into a super-intelligence is just another form of death. Instead of it being the death of consciousness, it’s the death of the individual. I can’t imagine surviving in a group mind where there would be no me as an individual.  All of the attempts that try to explain how that would work have failed in my opinion.

What about death being the ultimate motivator. If we lived forever would there be any incentive to get things done?

It’s an idea associated with, among others, the philosopher Martin Heidegger, and I reject it for the simple reason that it’s life itself, not death, that brings us opportunities and withdraws them. If Barack Obama was an immortal, would he have said in 2006, “There’s no need for me to run for president in 2008. I can wait until 2016"? It’s unlikely because the opportunity presented itself in 2008 in a way that may not have presented itself in 2016 or 2116.

Life is always throwing us opportunities and withdrawing them, and that alone is enough for us to do something with our lives. The death-as-ultimate-motivator argument presumes that possibilities are always with us, but they’re not like objects – as Heidegger believes they are – that we can pick up and put down at our leisure. They’re more like events in time that come and go.

What do you say to doubters out there who may think immortality is still the greatest thing humanity can achieve?

I would say “read the book” [laughs]. But in all seriousness, I do look at all the scenarios for an immortal life and still come up with death being a more desirable fate than living forever. There’s a contemporary philosopher, Martha Nussbaum, who says immortality wouldn’t be so bad because you can imagine yourself over time doing many different things. You can be a chef, an actor, a psychoanalyst, a novelist, whatever, but you would still do those things in your own individual way. She tries to address the argument of avoiding boredom without becoming an entirely different person.

My view is even if that’s possible, it seems that someone who remains the same basic person over time while things change around them would grow terribly nostalgic. They’re the same person rooted in a specific time, but the world is continuing to change. Your passion for things like the ancient world or opera – as in Nussbaum’s case – or psychoanalysis or novel writing or whatever, well in 200 or 300 years, I’m not sure how much the world will reflect or support those passions. Any way I see it, immortality is a problem to the point where I think that it’s a good thing that we eventually die. Death can be a good thing while having a lot of bad aspects to it, but in the end it might still be better than any conceivable alternative.