U of T astrophysicist teams up with NASA, uses sound to showcase latest galactic discovery 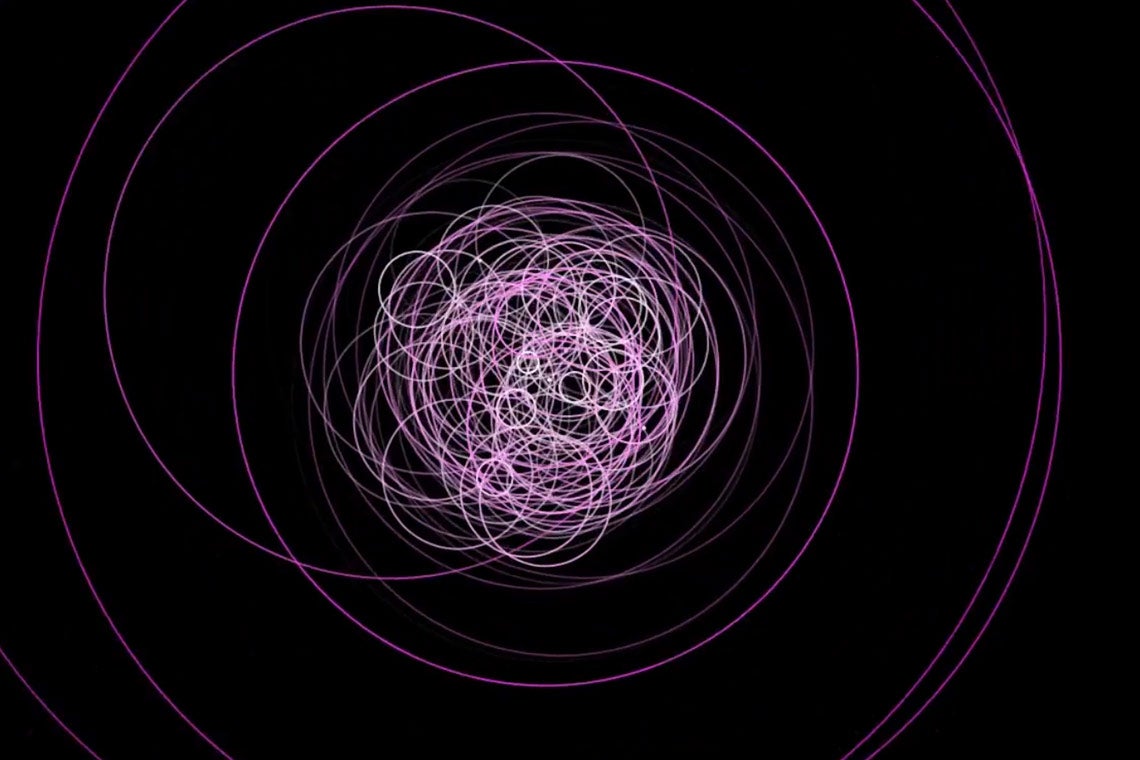 As scientists on Thursday announced the discovery of the source of high-energy particles hitting the Earth – a mystery that has plagued astrophysicists for over a century – a U of T astrophysicist has been working with NASA to help share that experience through sound.

Research led by the National Science Foundation at the IceCube Neutrino Observatory in the South Pole has found that some of the particles – sometimes called cosmic rays – appear to be coming from an active galactic nucleus, called a blazar, which contains a “monster” black hole.

To illustrate the passage of these rays, NASA teamed up with Matt Russo, a planetarium operator at U of T’s Dunlap Institute for Astronomy & Astrophysics, who along with his musician colleague Andrew Santaguida creates music out of the movements of the universe as the musical group SYSTEM Sounds.

Russo, who was formerly a postdoctoral researcher at the Canadian Institute for Theoretical Astrophysics (CITA) in U of T's Faculty of Arts & Science, is also a musician and has worked with Santaguida and other researchers to design a planetarium show for the blind and partially sighted. For this announcement, he and Santaguida created an audio accompaniment for the NASA visuals, allowing people to hear what a gamma ray flare might sound like (see video below).

U of T News also spoke with Russo about his work with NASA and how he tells the story of the universe through sound.

How did you end up collaborating with NASA on this announcement?

In June, I went to a conference at CalTech called AstroViz, which gathered all of the big names in astronomy visualization. I wasn't sure how I would fit in at a conference for visualizers since I work mainly with sound, but it worked out perfectly. I happened to talk to the team from NASA who were gearing up for the big announcement, and they had an animation of the blazar's gamma rays being detected that was begging to be heard. They sent over the data, and I finished it with my collaborator Andrew Santaguida in the hotel room that evening. Since then we've been talking to other teams at NASA about other projects and about ways to make astronomy more accessible to the visually impaired.

What is a blazar?

Almost all galaxies have supermassive black holes at their centres, and sometimes we catch them feeding on gas, dust, and stars as they spiral in towards oblivion. All of this energy in such a small space launches a powerful jet at near light speed out of the black hole's North and South poles. When this jet is pointed straight at Earth, we call it a blazar. This would of course be deadly if we were anywhere near the blazar, but they're typically very far away. This one is almost four billion light years away.

Scientists have been watching this one continuously for over 10 years, and in 2017, it flared with an extreme burst of energy lasting several months. It must have been hungry.

The energy released by the whirlpool of gas and the jet creates light at many different wavelengths (radio, microwave, infrared, visible, UV, X-ray, gamma rays) which we can detect with different types of telescopes. This time, scientists have also detected neutrinos from the blazar, which are very light fundamental particles that don't like to interact with other particles. Billions of these pass through you every second, but you'd never know it. 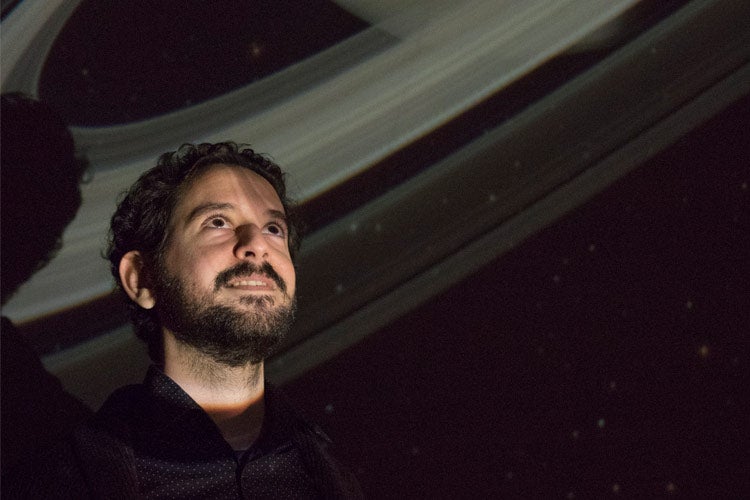 What goes into creating the sounds for this particular phenomenon?

Gamma rays are so energetic that they strike the detector one at a time, like light-speed pebbles hitting the surface of a pond. We can hear them being detected by playing a raindrop sound for each gamma ray as it's detected while letting the energy of the gamma ray control the pitch of the raindrop. The highest energy gamma rays are heard as the highest pitched notes.

How does it feel having SYSTEM Sounds featured on a world stage like this?

Working with NASA has been a dream of mine for a long time, but I always thought it was out of reach since my scientific research was never focused on space missions. Since I started exploring the universe through sound, I realized that I could help communicate the data gathered by NASA in new ways that would help reach new audiences. Sound gives everyone, including the visually impaired, a visceral and affective way to experience and learn about the cosmos. And there's never going to be a shortage of astronomical data waiting to be heard.

Will you be working on creating sounds for other parts of this discovery?

This discovery is exciting because scientists have observed the same system with two completely different types of “eyes.” In addition to the many different wavelengths of light, they've also detected particles that were ejected from an explosion happening almost four billion light years away. My goal is convert each one of these signals into the separate instruments, or parts, of the complete blazar orchestra.