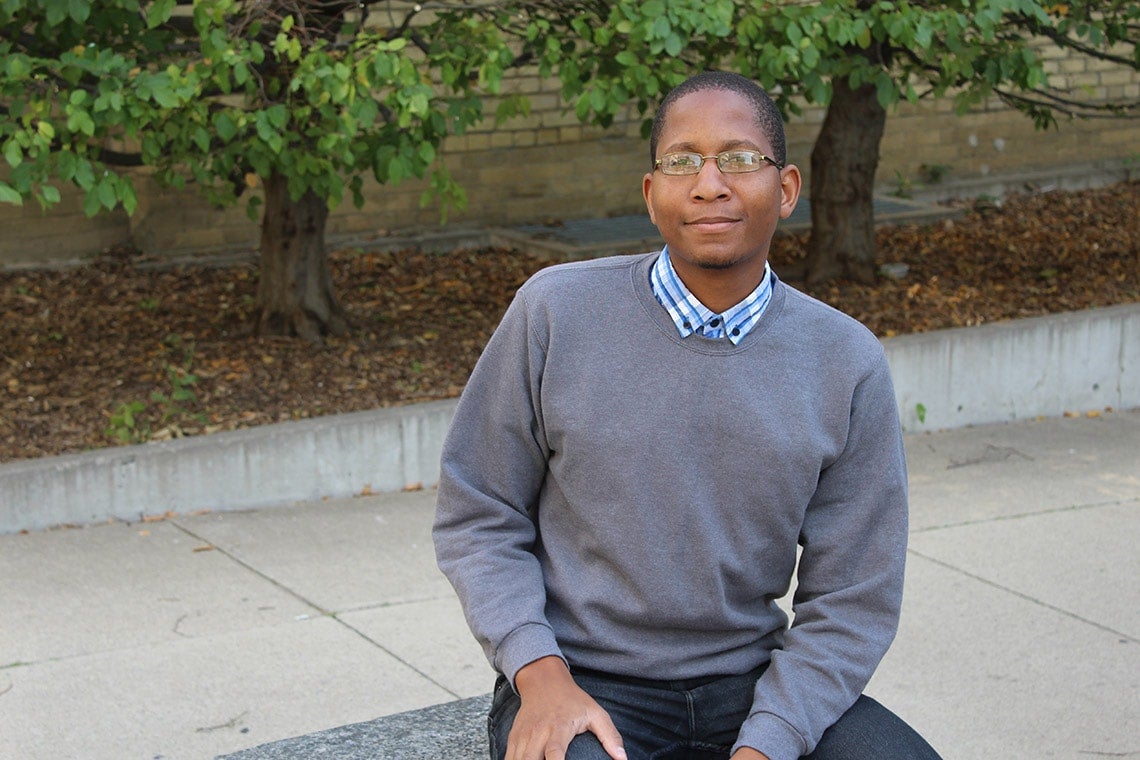 It was Vincent Tembo's keen interest in artificial intelligence, machine learning and the University of Toronto’s ground-breaking work in deep learning that led him to come here.

“I read about [University Professor Emeritus] Geoffrey Hinton, him being at U of T, and that got me interested in [U of T] as a whole," says Tembo. "So I started researching the programs that are available.

“I'd been doing research. But I wanted to do something that was more directly applicable to the real world.”

Tembo is one of 58 students who entered U of T’s master of science in applied computing program last month. The program has seen remarkable growth since its inception in 2010, when it first enrolled six students. Following eight months of graduate course work, the students will embark on an eight-month applied research internship, in which they will use their research and development skills to help solve industry problems.

Tembo will also be able to add “data scientist” to his credentials.

Computer science, jointly with the department of statistical sciences, is offering the new data science concentration to a limited number of applied computing students, by requiring courses in both computer science and statistics.

“The field is interdisciplinary and deals with problems that require technical skills in both areas,” says Nathan Taback, an assistant professor, teaching stream, and director of data science programs in the department of statistical sciences. “There’s a growing industry demand for data scientists, and so we’re leveraging the expertise of both departments to build this new concentration.”

Tembo is from Zimbabwe and previously attended Berea College in Madison County, Ky., where no student pays tuition. International students are ineligible for Canadian government loan programs or bank loans.

Matt Medland, an assistant professor, teaching stream, and director of the applied computing program, learned that London, U.K.-based Prodigy Finance could help finance international students, helping to bring Tembo to U of T. The startup has previously provided loans to U of T international students at Rotman School of Management and the Faculty of Applied Science & Engineering.

The applied computing program expects tuition costs will be more than offset by the internship salary.

Although Tembo is only at the start of his applied computing studies, he’s already organizing support for a project that would deploy health-care workers to wherever they are needed most in Africa.

“To be a data scientist means I've got a really good decision tool,” says Tembo. "I have a hammer, and it just so happens I'm dealing with a nail."