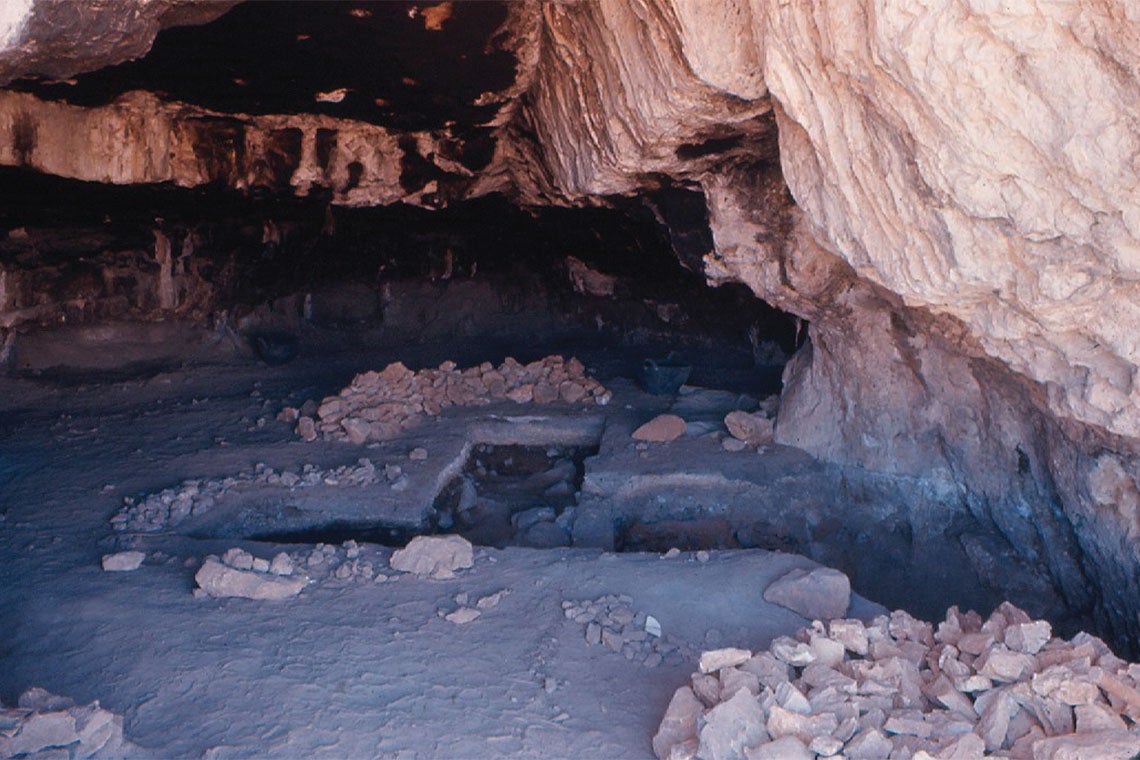 Anthropologists at the University of Toronto have confirmed the existence of a more than 10,000-year-old hunting camp in what is now northeastern Lebanon – one that straddles the period marking the transition from nomadic hunter-gatherer societies to agricultural settlements at the onset of the last stone age.

Analysis of decades-old data, collected from Nachcharini Cave high in the Anti-Lebanon Mountains that form the modern-day border between Lebanon and Syria, show the site was a short-term hunting camp that served as a temporary outpost to emerging and more substantial villages elsewhere in the region, and that sheep were the primary game.

The finding confirms the hypothesis of retired U of T archeologist Bruce Schroeder, who excavated the site on several occasions beginning in 1972, but who had to discontinue his work when the Lebanese Civil War began in 1975.

“The site represents the best evidence of a special-purpose camp – not a village or settlement – in the region,” said Stephen Rhodes, a PhD candidate in the department of anthropology in the Faculty of Arts & Science and lead author of a study published this week in PLOS ONE.

“The cave was a contemporary of larger settlements further south in the Jordan Valley, and is the first site of its kind to show the predominance of sheep among the animals hunted by its temporary inhabitants.” 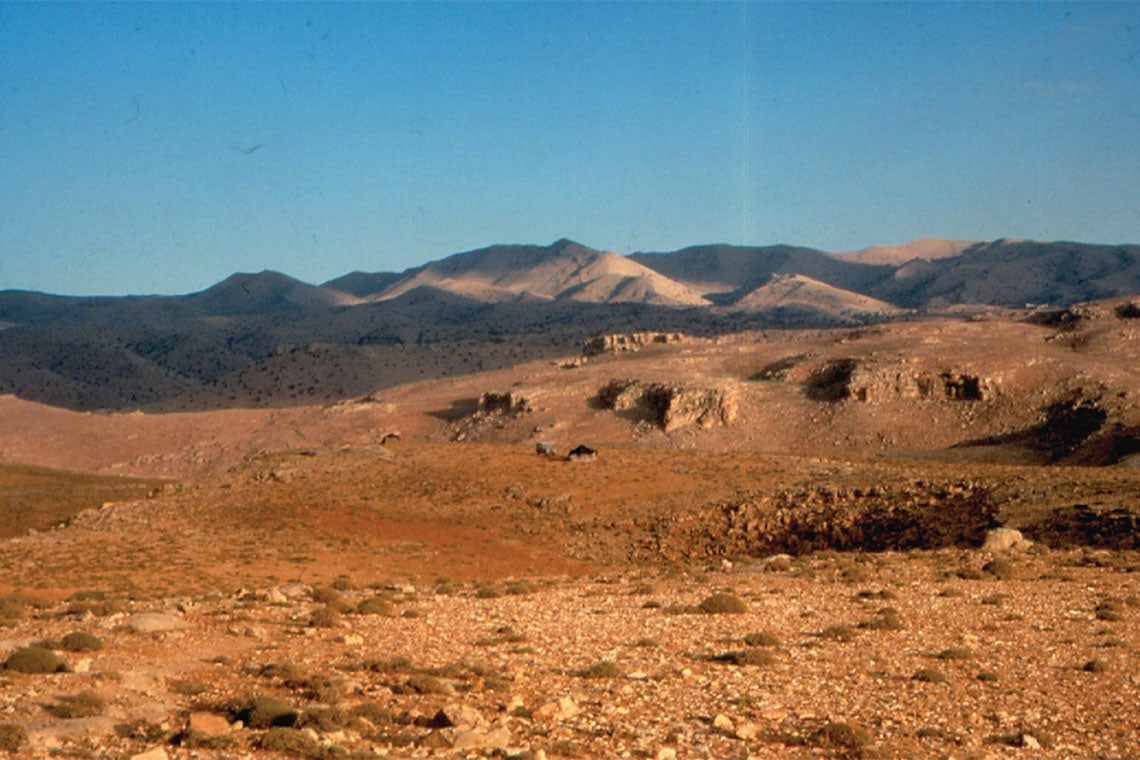 The view of looking out of the cave in northeastern Lebanon where U of T researchers confirmed the existence of a more than 10,000-year-old hunting camp (photo by Bruce Schroeder)

Radiocarbon dating of animal bones recovered from the site shows that it dates to an era known as the Pre-Pottery Neolithic A (PPNA), a period from about 10,000-8,000 BCE during which the cultivation of crops, the construction of mud-brick dwellings and other practices of domestication began to emerge. The stone tools found at the sites are mostly tiny arrowheads used for hunting.

The new dates place the main deposits at the cave securely in the PPNA.

“Previous dates established in the 1970s were problematic and far too recent for unknown reasons, possibly due to contamination or incorrect processing,” said Rhodes, who coauthored the study with Edward Banning and Michael Chazan, both professors in U of T’s department of anthropology. “The results highlight the fact that people in the PPNA took advantage of a wide variety of habitats in a complex system of subsistence practices.”

It was already known that sheep hunting was practised in this region throughout periods that preceded the PPNA, and the evidence found at Nachcharini Cave reinforces that understanding. According to Rhodes, it consolidates our knowledge of the natural range of sheep, which pertains to a potential beginning of domestication in later years.

“We are not saying that hunters at Nachcharini were engaged in early stages of this domestication,” he said. “But the evidence of a local tradition makes this area a possible centre of sheep domestication later on.”