U of T's FutureTalks: reaching out to more than 100,000 Torontonians 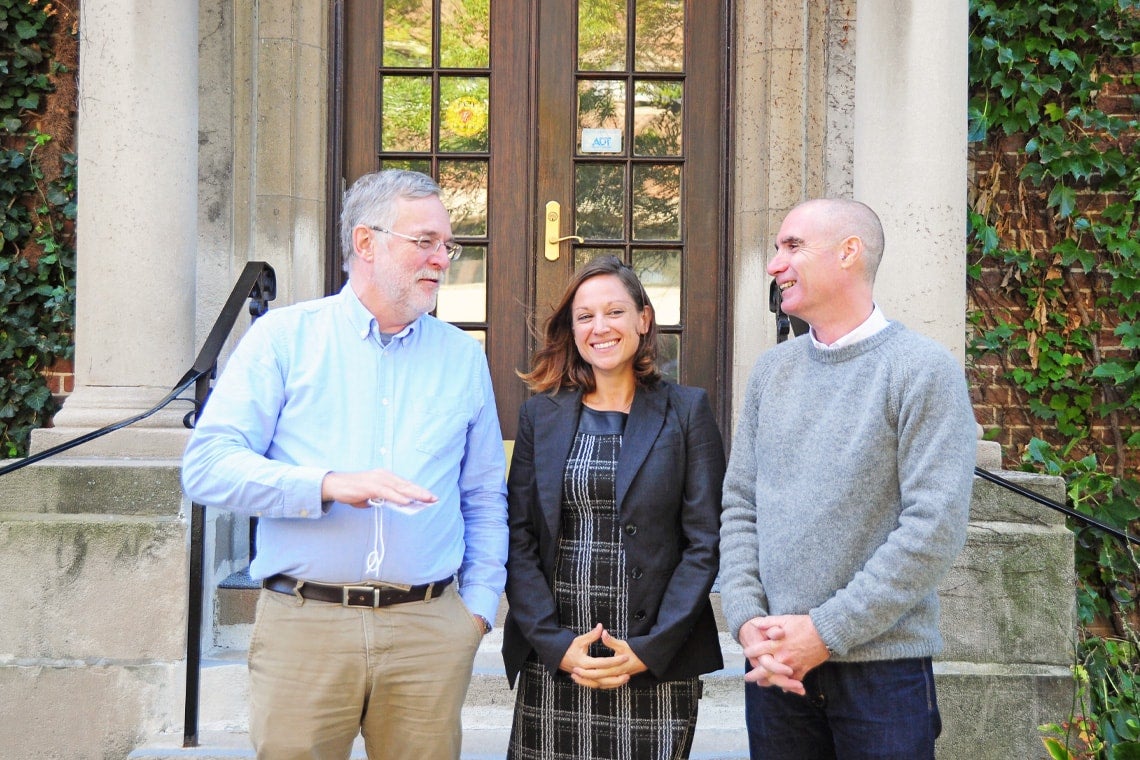 Researchers want to engage the city in sustainability

It takes a city to take action on climate change.

At least that’s what a team of University of Toronto professors and students is proposing.

They’re hoping to launch a wide-scale public engagement program called FutureTalks, reaching out to 100,000 to 200,000 Torontonians to learn what they want the future of Toronto to look like.

“The idea is that if we’re going to make good policy about climate change or sustainability, we should first listen to what people tell us about what they want for the city and especially what kinds of trade-offs they’d be willing to accept and not accept,” says Professor John Robinson of the Faculty of Arts & Science. An expert in sustainability, Robinson teaches at U of T’s Munk School of Global Affairs and the School of the Environment.

As part of the FutureTalks team, Robinson is the principal investigator for a Social Sciences and Humanities Research Council grant bid, which lays out the Toronto-wide engagement proposal.

The group is currently looking for a broad range of community partners – from refugee services organizations to art galleries – to help them reach out to a diverse group of Toronto residents.

Robinson says reaching out to people from diverse backgrounds is key to getting an accurate representation.

“There’s a question of identity – what is it to be a citizen of Toronto,” he says. “Is there some kind of common understanding of what that means, and can we contribute to building a sense of shared identity or community around goals for the future of the city?”

Engagement on this scale is something Robinson says he’s never seen before, largely because the technology to do so has only recently been developed.

“The time has come, and it’s now possible in a way it wasn’t in the past,” he says.

But there are major challenges when conducting a massive research project.

“How do we reach out to groups that haven’t been represented in city planning or community engagement processes in the past? What about language barriers?” he asks.

Steve Williams, a visiting PhD candidate from the University of British Columbia, says FutureTalks will likely have to engage different groups in different ways – from in-person sessions to interactive online tools.

“There are really interesting research questions that might come up around how to deal with these different engagement tools and techniques,” says Williams, who is part of the FutureTalks team.

Last week, the team brought together 29 representatives from Toronto community groups at the annual Beatrice and Arthur Minden Symposium on the Environment to get their input on the program and recruit potential stakeholders.

Mary Pickering is one of the symposium organizers and vice-president of programs and partnerships at the Toronto Atmospheric Fund, a city-backed agency that invests in initiatives that tackle climate change.

“I feel that we have a huge untapped resource in our community and the engagement process can not only allow us to better understand different perspectives, but it can help us mobilize resources that we haven’t had access to before,” says Pickering.

A project like FutureTalks is a great way to prove the worth of sustainability projects to municipal policymakers, she says.

“We have to show that there are improved outcomes, that the policies are better designed, that it serves multiple community objectives, multiple city goals at the same time,” says Pickering.

Instead of the gloomy rhetoric around climate change, Robinson says, with the help of Toronto residents and politicians alike, we have the potential to change the city’s course.

“We do need a way to create a sense of possibility about the future," he says. “It doesn’t have to be bleak and disastrous – maybe there are alternatives. I don’t think we’ll get to an alternative if we don’t believe in the alternative.”