Turning water into ice in the quantum realm: U of T, University of Colorado Boulder study 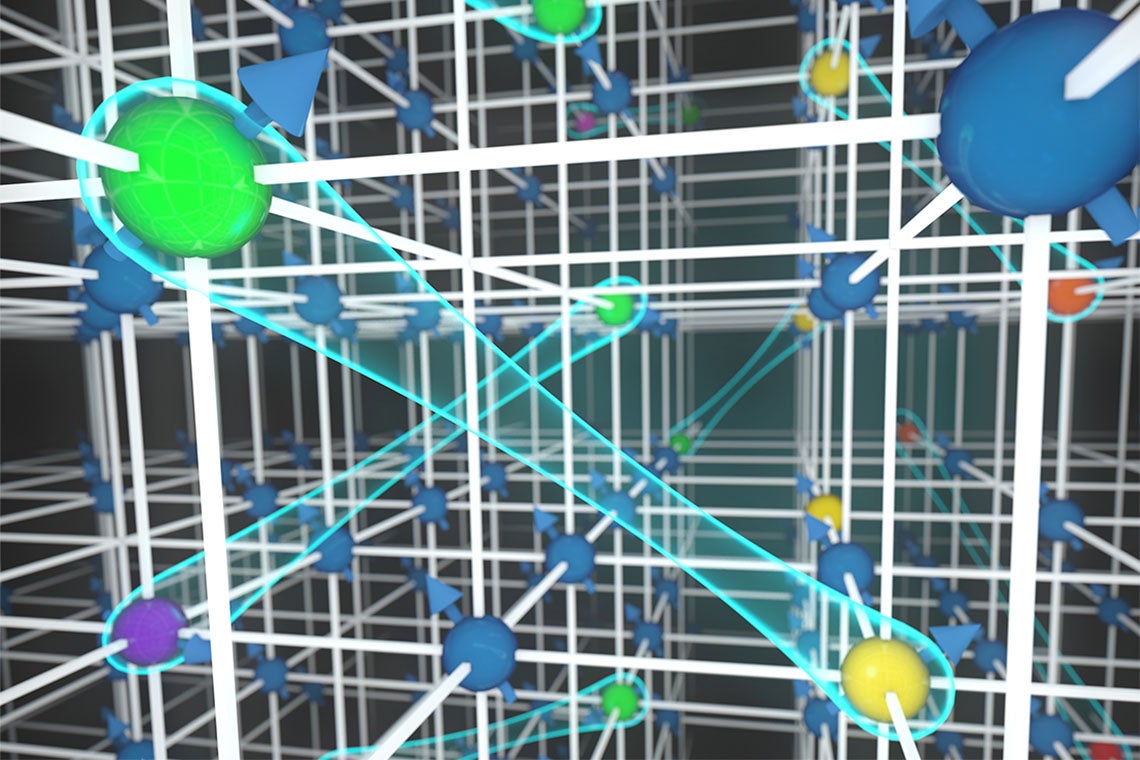 Detail of graphic depicting the weak interactions among neutral fermionic atoms in an ultracold gas. Full graphic is at bottom of the story (Glenn Asakawa/CU Boulder; Steven Burrows/JILA)

When you pop a tray of water into the freezer, you get ice cubes. Now, researchers from the University of Colorado Boulder and the University of Toronto have achieved a similar transition using clouds of ultracold atoms.

In a study published today in Science Advances, the team discovered that it could nudge these quantum materials to undergo transitions between “dynamical phases”– essentially, jumping between two states in which the atoms behave in completely different ways.

“This happens abruptly, and it resembles the phase transitions we see in systems like water becoming ice,” said study co-author Ana Maria Rey, a researcher at JILA, a joint institute between the University of Colorado Boulder and the U.S. National Institute of Standards and Technology. “But unlike that tray of ice cubes in the freezer, these phases don’t exist in equilibrium. Instead, atoms are constantly shifting and evolving over time.”

The findings, she added, provide a new window into materials that are hard to investigate in the laboratory.

“If you want to, for example, design a quantum communications system to send signals from one place to another, everything will be out of equilibrium,” said Rey. “Such dynamics will be the key problem to understand if we want to apply what we know to quantum technologies.”

Scientists have observed similar transitions before in ultracold atoms, but only among a few dozen charged atoms, or ions.

Rey and her colleagues, in contrast, turned to clouds made up of tens of thousands of uncharged, or neutral, fermionic atoms. Fermionic atoms, she said, are the introverts of the periodic table of elements. They don’t want to share their space with their fellow atoms, which can make them harder to control in cold atom laboratories.

“We were really wandering in a new territory not knowing what we would find,” said study co-author Joseph Thywissen, a U of T professor in the department of physics in the Faculty of Arts & Science.

To navigate that new territory, the researchers took advantage of the weak interactions that do occur between neutral atoms – but only when those atoms bump into each other in a confined space.

First, Thywissen and his team cooled a gas made up of neutral potassium atoms to just a fraction of a degree below absolute zero. Next, they tuned the atoms so that their “spins” all pointed in the same direction.

Such spins are a natural property of all atoms, Thywissen explained, a bit like a compass reacting to a magnetic field.

Once the atoms were all standing in formation, the group then tweaked them to change how strongly they interacted with each other.

And that’s where the fun began.

In the first dance – or when the atoms barely interacted at all – these particles fell into chaos. The atomic spins began to rotate at their own rates and quickly all pointed in different directions.

Think of it like standing in a room filled with thousands of clocks with second hands all ticking at different tempos.

But that was only part of the story. When the group increased the strength of the interactions between atoms, they stopped acting like disordered individuals and more like a collective. Their spins still ticked, in other words, but they ticked in sync.

In this synchronous phase, “the atoms are no longer independent,” said Peiru He, a graduate student in physics at CU Boulder and one of the lead authors of the new paper. “They feel each other, and the interactions will drive them to align with each other.”

With the right tweaks, the group also discovered that it could do something else: turn back time, causing both the synchronized and disordered phases to revert back to their initial state.

In the end, the researchers were only able to maintain those two different dynamical phases of matter for about 0.2 seconds. If they can increase that time, He said, they may be able to make even more interesting observations.

“In order to see richer physics, we probably have to wait longer,” He said.

Support for the research was provided by the Natural Sciences and Engineering Research Council of Canada, and, in the U.S., the Air Force Office of Scientific Research and its Multidisciplinary University Research Initiative, the Army Research Office, the Defense Advanced Research Projects Agency, the National Science Foundation, and the National Institute of Standards and Technology. 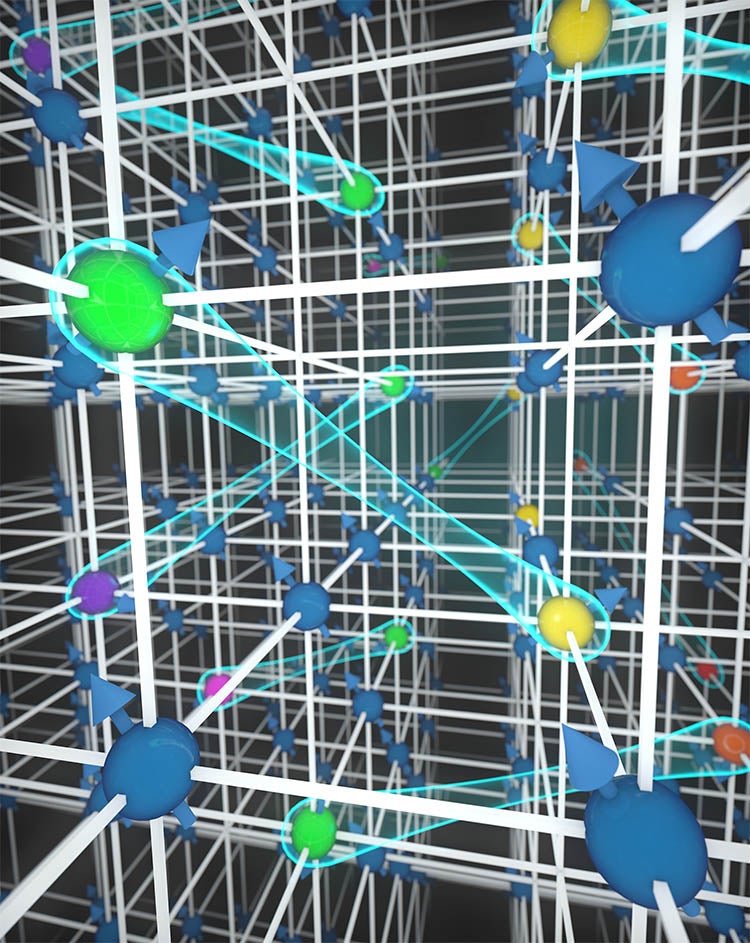 This story was written by staff at the University of Colorado Boulder.