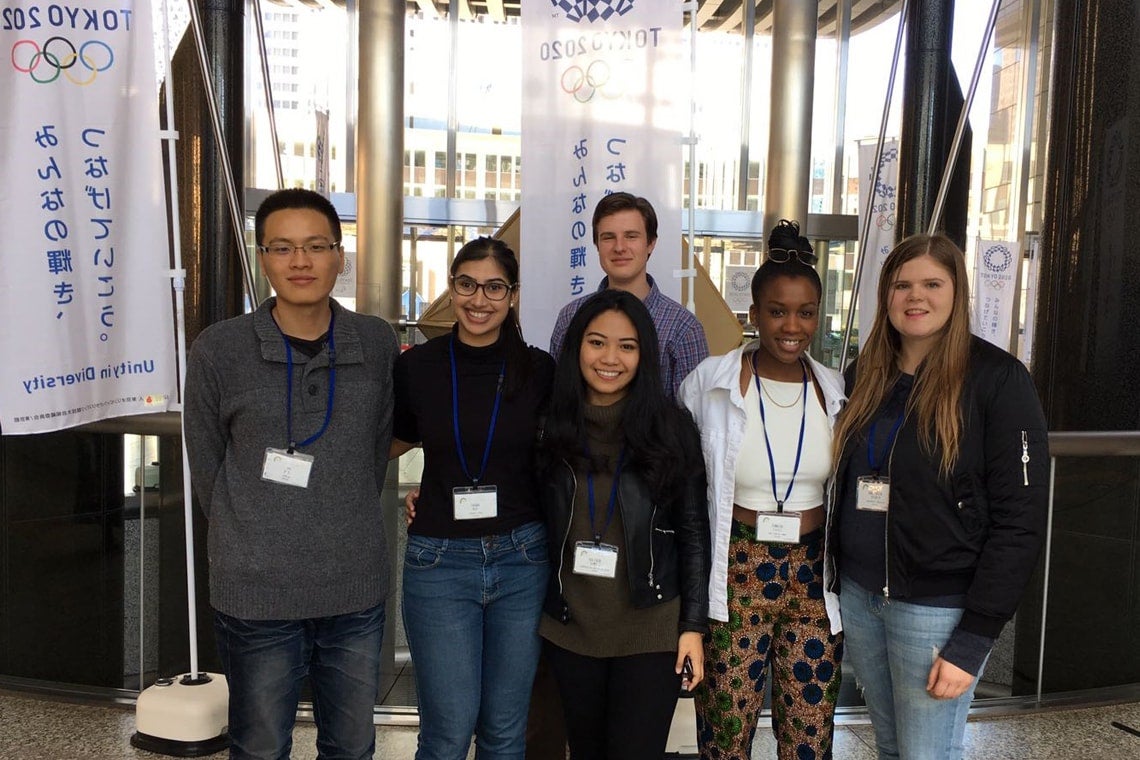 Six students in city and geography studies at U of T Scarborough spent 10 days in Japan earlier this year, gaining a deeper knowledge of the country's community-building initiatives.

Students spent time at the University of Tokyo during the trip in January, making connections with their host families and visiting Tokyo and Tōhoku, which was devastated by the tsunami in 2011.

“Working with the Japanese students was a really great experience,” says Da Chen, a fifth-year student in city studies. “The exchange of ideas really helped us gain a better understanding of our representative cities.”

Human Geography Professor Andre Sorensen, the main organizer for the exchange, said the event was part of an initiative by the Japanese government to thank Canada for contributions to post-disaster recovery efforts after the 2011 tsunami in Tōhoku.

“The goal is to build a network of young people who will go on to build ties between our two countries,” he says.

Chen was interested in learning about the public-private collaboration in the planning, construction and management of the transit system in Tokyo and how it could be applied in Toronto.

“We have many similar policy issues,” says Sorensen. “The exchange program provides opportunities for people to be able to discuss their differences and similarities.”

For Khliden Lamparero, a fourth-year city and mental health studies student, visiting the rural towns in Tōhoku that were affected by the 2011 tsunami, provided the most powerful lessons.

“Learning the stories of the people that survived the event or who lost loved ones, and the Japanese people's resilience and eagerness in helping to build their community again was truly a humbling experience,” says Lamparero.

Back in Toronto, Canadian undergraduates returned the favour when University of Tokyo students visited them last month, taking them around the city and using their city studies knowledge to answer questions about planning and development

A formal goodbye to the participants took place on March 24 at the Consul General of Japan’s residence where Sorensen and a few of his colleagues delivered lectures about Toronto, its history and the development patterns of immigrant suburbs.