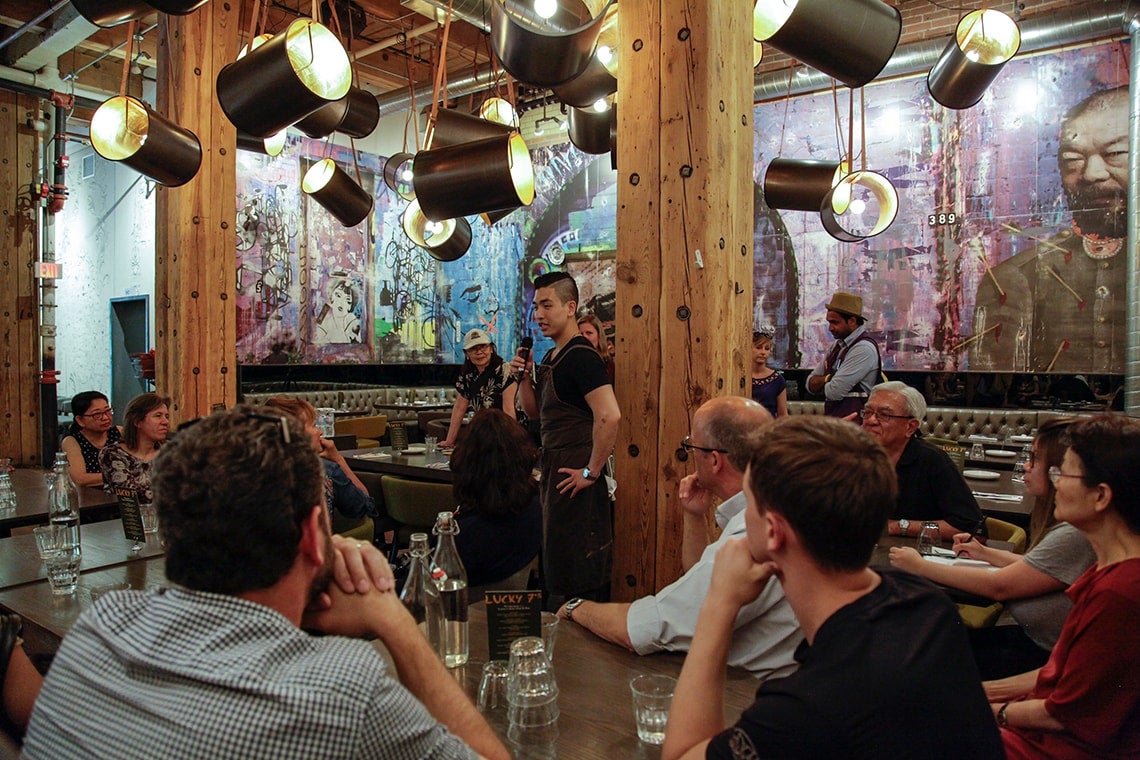 “Dishing Up Toronto” invites participants to explore Toronto through cross cultural conversation, dialogue and food tastings throughout the year.

The program, organized by the Toronto Ward Museum in partnership with the Culinaria Research Centre at the University of Toronto Scarborough, continues today with a sold-out event, “Follow the Maize: From Mexico to the Great Lakes” at the Toronto Reference Library.

The event focuses on the development of corn, its place in Mexican culture, and its transition to Indigenous groups around the Great Lakes area.

Jeffrey Pilcher, a food history professor at U of T Scarborough, will be one of four feature speakers including Catherine Tammaro from First Story Toronto and Ivan Wadgymar and Gabriela Ituarte from Maizal Restaurant.

“We recognize that the interest in food presents an extraordinary opportunity to generate productive conversations about diversity, belonging and community in ways that are enjoyable, fun, lively and can have a genuine longstanding impact,” says Daniel Bender, director of the Culinaria Research Centre and a history professor at U of T Scarborough.

The Toronto Ward Museum’s signature program, “Dishing Up Toronto” launched in 2016 and began its sophomore year this April.

Gracia Dyer Jalea, founding executive director of the Toronto Ward Museum, says that this year, the organization wanted to focus on creating more cross-cultural dialogue and collaborations in the series.

“The July 6 event is a perfect example which has brought together Indigenous communities, speakers and cooks with Mexican chefs and restaurateurs,” Jalea says.

“Follow the Maize” is part of the Toronto Library’s Destination Canada exhibition. The exhibit coincides with the library’s Canada 150 commemoration.

“With Canada 150, we have a terrific opportunity to think about the peopling of Canada, to generate connections between new migrants and Indigenous peoples,” says Bender.

Each of the summer “Dishing Up Toronto” events include conversation around a communal meal.

On July 29, U of T Scarborough will host “MomenTO: Toronto’s Heritage of Innovation – Culinary Innovations to Feed a Country,” a free event, led by the City of Toronto and Heritage Toronto in partnership with the Toronto Ward Museum and the Culinaria Research Centre.

Presented as part of the City’s Canada 150 program, “MomenTO” is an opportunity that Bender says recognizes innovation is more than just famous inventors, but “part of the ways in which ordinary people go about feeding themselves and maintaining cultural continuities” in their day-to-day lives.

“An innovator is also the person who figures out how to feed a family in an exciting and nutritious way on a limited budget,” says Bender. “It’s the person who is able to adapt on a long-standing family recipe after a migration halfway across the globe.”

Through partnerships and collaborations, "Dishing Up Toronto" events take place at various locations around the city while welcoming different guests to tell the food stories of their regions.

“The goal is to have something that is open and enjoyable and featuring a host of different voices,” says Bender. “It’s about generating different partnerships for each event and creating new alliances to tell the food stories of this city.”