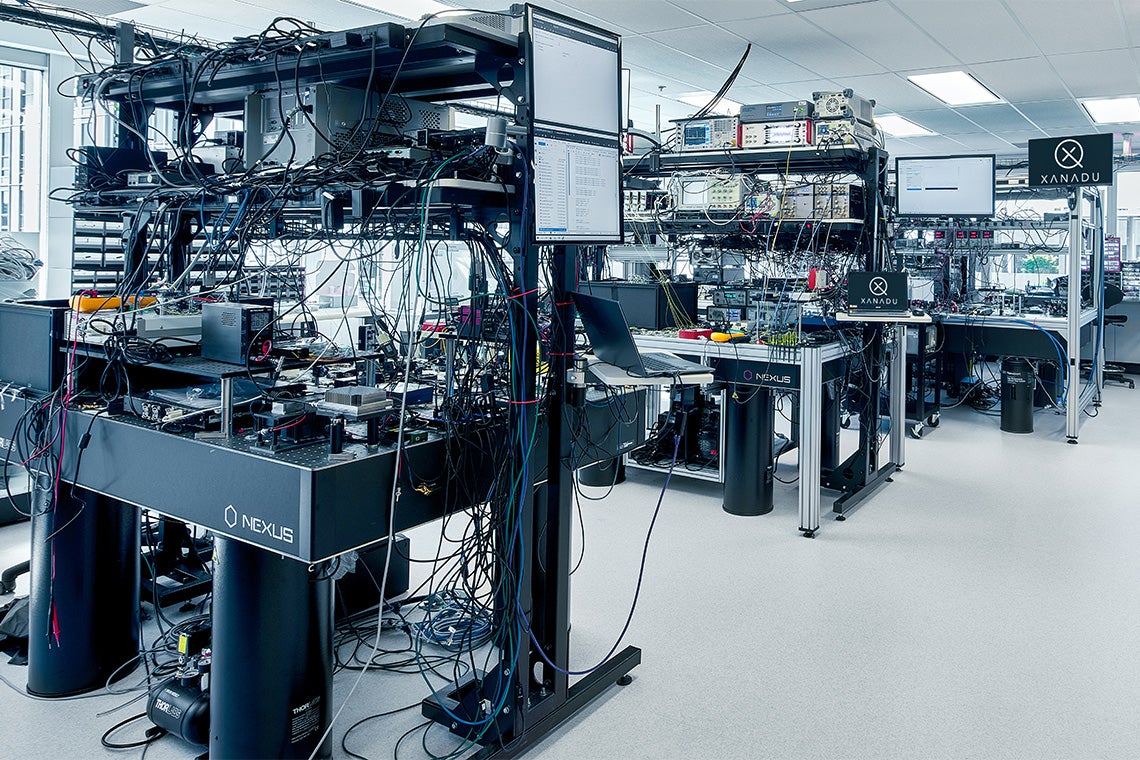 Xanadu, a quantum computing startup founded by former University of Toronto post-doctoral physics researcher Christian Weedbrook, has achieved a coveted milestone by demonstrating “quantum advantage” – the ability of a quantum computer to outperform any supercomputer in the world at a specific task.

The company’s machine, called Borealis, was able to execute in 36 seconds a specific math problem that would take the world’s most powerful supercomputers some 9,000 years to carry out, the Globe and Mail reported. The achievement represents a significant step towards being able to one day harness the power of quantum computing for practical use in areas as diverse as drug discovery, financial risk modeling and climate change mitigation, according to the Globe.

Xanadu detailed how Borealis was able to achieve the feat in a landmark paper published in the journal Nature. The startup, an alumnus of the Creative Destruction Lab seed-stage accelerator at U of T’s Rotman School of Management, said Borealis will be made available on the cloud to researchers and developers interested in testing its capabilities and evaluating potential computing applications. “We are thrilled to have deployed quantum computational advantage on the cloud publicly for the very first time for users around the world,” Weedbrook, the company’s CEO, said in a press release. “This is another big milestone for quantum computing. And it shows the exceptional talent we have here at Xanadu as well as the ability for photonic quantum computers to scale up.”

Read story in the Globe and Mail

Read the University of Toronto Magazine profile of Xanadu