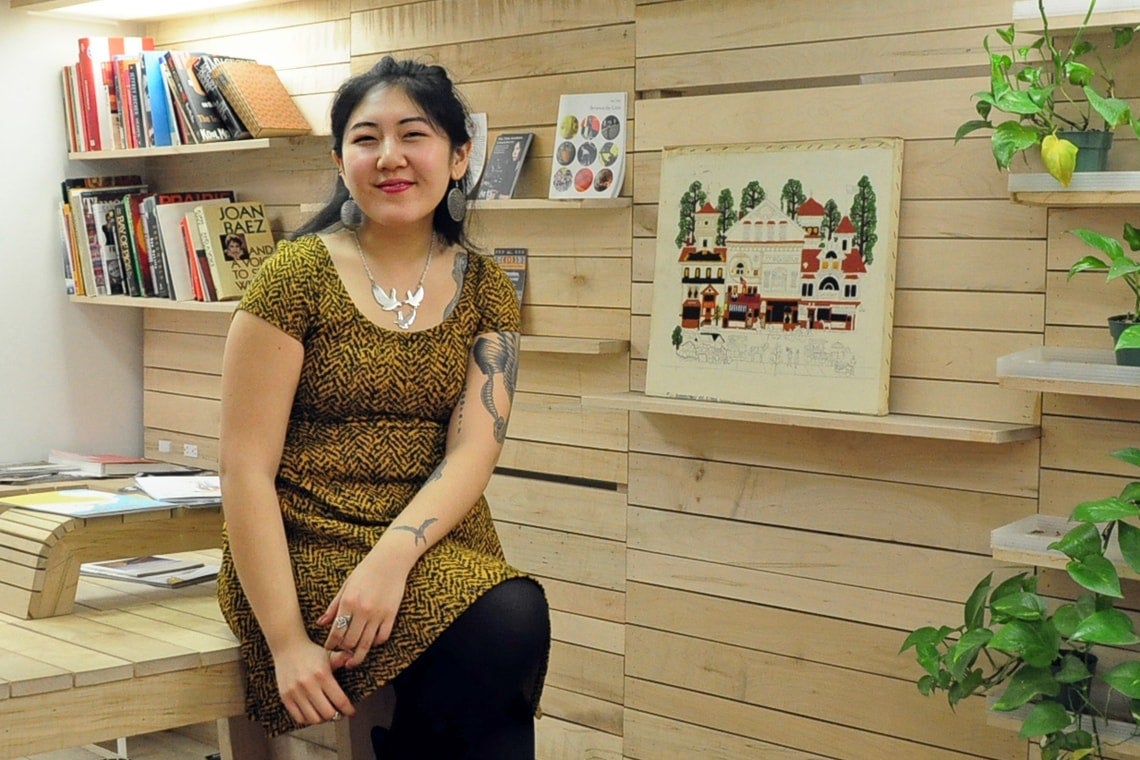 This is part of an ongoing series from U of T News writer Romi Levine.

For Erin Kang, city building is about empowerment.

And the University of Toronto urban studies alumna practises what she preaches.

Through Stories of Ours, her storytelling project, Torontonians from all walks of life are encouraged to share their lived experiences at regular live events.

“We’re using stories and art to challenge dominant narratives, challenge what status quo stories are, challenge single-narrative stories and work with people to empower them to use their voice to either heal, heal others or advocate – everyone has their own reason,” says Kang.

Her motivation to create a community of storytellers came in part from the desire to introduce her mom to a larger community of people who have faced similar challenges.

“My mom's circle is so Korean, and she doesn't really interact with others outside of the Korean population. That made me so sad because I learnt so much from others, and in Korean culture, you don't share a lot,” she says.

“She was proud to see me do this, and she was touched that she was such a big inspiration for it. I think she really has begun to open her mind since then.”

Because of her work with Stories of Ours, Kang has been nominated for Samara Canada’s Everyday Political Citizen Award. She also spent this past summer at the University of Cambridge as an Ariane de Rothschild fellow, developing a business plan for the project.

Kang has also developed storytelling workshops for health centres and women’s shelters and hosts a Stories of Ours podcast.

“I've worked with at least 100 different people at this point who are all incredible and most of them thought they had nothing to say, that no one wanted to listen.”

“It really isn't that difficult to make an impact in your community,” she says.

“That realization in people that they can actually make a difference is really satisfying for me,” she says.

“We're trying to understand how to leverage our position as a network to be the bridge between what's being done on the ground and the formal city institutions and create that dialogue,” she says.

It's the grassroots mobilization that Torontonians are getting really good at, says Kang.

“Because we have such a diverse population, there's real potential for us to be very strong allies across everything – across movements, sectors. I think we're getting there,” she says.