Time to care about care: U of T project measures care work’s importance to the global economy 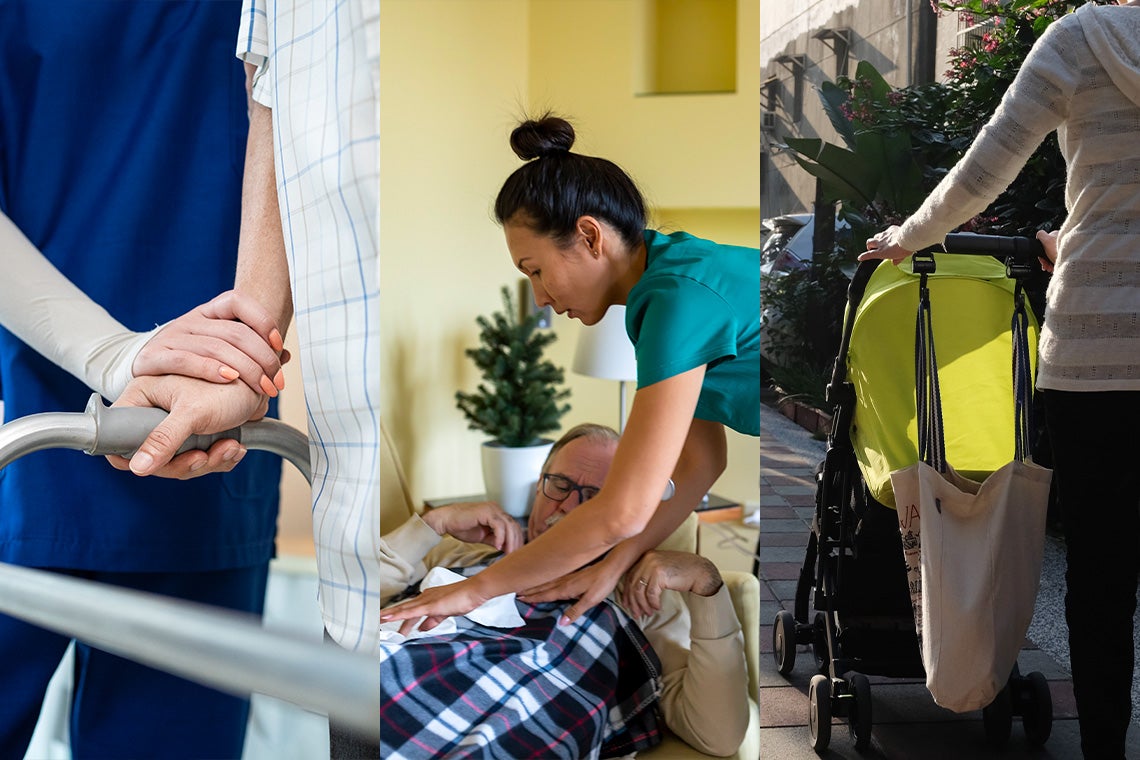 Care work is difficult, undervalued – and essential. Indeed, it has been described as “the work that makes all other work possible.”

Historically, female family members have been primarily responsible for looking after children, seniors and others with complex care needs. But today, in Canada and other wealthy countries, care work is increasingly provided by migrant workers from distant regions. It is still largely done by women, who remain poorly compensated. 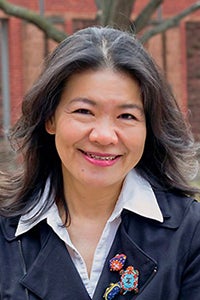 In 2013, the University of Toronto’s Ito Peng began work on a landmark seven-year project designed to study how this new model of care influenced the global migration of care workers – and how, in turn, that migration affected family and gender relations, gender equality, government policy and global governance.

Peng is a professor in the department of sociology and at the Munk School of Global Affairs & Public Policy in the Faculty of Arts & Science. Her project, entitled Gender, Migration and the Work of Care, documented the stories of hundreds of female care workers, focusing mainly on those from the Asia-Pacific region. In studying working conditions, earnings and the day-to-day lives of this group, Peng’s research revealed deep inequalities between wealthy and poorer countries by showing how dependent upon one another they have become as a result of the new care model.

Now, Peng is heading up another massive project, for which she has just received funding from the Social Sciences and Humanities Research Council of Canada (SSHRC), as well as the William and Flora Hewlett Foundation and the Open Society Foundation. Entitled “Care Economies in Context: Towards Sustainable Social and Economic Development,” the project will unite research teams from eight different countries, span five years and involve 17 different partner agencies.

The project is one of two U of T initiatives to each receive $2.5 million in funding from SSHRC through recently announced partnership grants. Steven Farber, an associate professor of human geography at U of T Scarborough, is leading a five-year, multimillion-dollar project on transport poverty that will study and address historical and current inequities in Canadian transportation systems – an initiative that will involve 33 academics from 15 universities as well as contributions from governments, professional associations, unions, industry partners and more.

“These projects demonstrate the importance of community-engaged research at U of T,” said Leah Cowen, U of T’s associate vice-president, research. “Working with such a wide range of partners is what will allow Ito Peng and Steven Farber to address complex and critical issues and develop sustainable and equitable solutions that include these communities.”

Peng’s project emanates from work done by economists at the American University in Washington, D.C.

“Their aim was to measure the size of the care economy, and use that data to develop macroeconomic models,” says Peng, who holds the Canada Research Chair in Global Policy and is also director of the Centre for Global Social Policy – a research, teaching and training centre within the department of sociology.

The Care Economies project is an example of interdisciplinary research in action: in order to develop their models, the economists required a sociologist’s input.

“They needed data that would give them information about demographic changes, population dynamics, the amount of time people spend on various paid and unpaid activities,” says Peng. “All these things economists can’t do. So they asked if I could help them, because my skill is in empirical data and analysis.”

It’s crucial to show policy-makers how important care work is to the economy, says Peng, since much of this work isn’t factored into a country’s gross domestic product (GDP).

“GDP only measures a kind of monetary transaction that happens in the market,” she says. “So work that’s unpaid or informal doesn’t get counted. But if we actually calculated the size of that contribution, we’d be looking at about 20 to 40 per cent of a country’s GDP. That’s a huge amount.”

The pandemic made Canadians realize how much we all depend on high-quality care. The crisis in long-term care homes resulted in the untimely deaths of many senior citizens. Parents struggled both to earn a living and care for children who were locked out of schools and daycares. And far away, migrant workers had to stay home – which, in turn, not only caused major problems for the workers themselves, but the economies of their home countries.

“Nations in the Global South use labour export as a form of social and economic development,” Peng says. “In the Philippines, for example, about 10 per cent of their GDP comes from overseas remittance. It’s all in foreign currency as well. In some countries it’s larger than foreign aid.”

Large projects like those Peng oversees underscore the significance of community-engaged research at U of T.

“As you can see, we can’t do this on our own; our research is driven by real-world issues and experience,” she says. “That’s why a lot of our basic questions and theoretical frameworks come from our community partners. They’re the ones who tell us what the really important questions are.

“And a project like this is multi-scalar, meaning we are connected not only to local but national and global organizations. So, the learning doesn’t just stay at the local level.”

With a rapidly aging population in North America, the need for care workers will become more urgent in coming years. Canadians remain concerned: a recent Angus Reid poll showed that a majority of respondents were open to a two per cent tax hike in order to improve long-term care. And childcare funding was of central importance in the most recent federal budget.

But more needs to happen, according to Peng, who believes that care work must be better paid, better regulated and perceived as more prestigious. At that point, she says more men may be willing to enter the profession.

“The reason this work is undervalued has to do with this pervasive social norm that it’s women’s work,” she says. “Because women have traditionally done care work for ‘free’ within the household it has been assigned little or no economic value. Of course, this is completely wrong. But that kind of normative shift takes time.

“It can only happen with gradual structural changes.”

“My worry is that in a post-pandemic world, once things get closer to the new normal, people are going to forget what happened,” she says. “While the window is open, we have to make sure changes are made, policies are implemented and actions are taken. Because the longer we wait, the worse it will be.”