Through quilting, PhD student accepts her sleeplessness and challenges the 'sleep industrial complex' 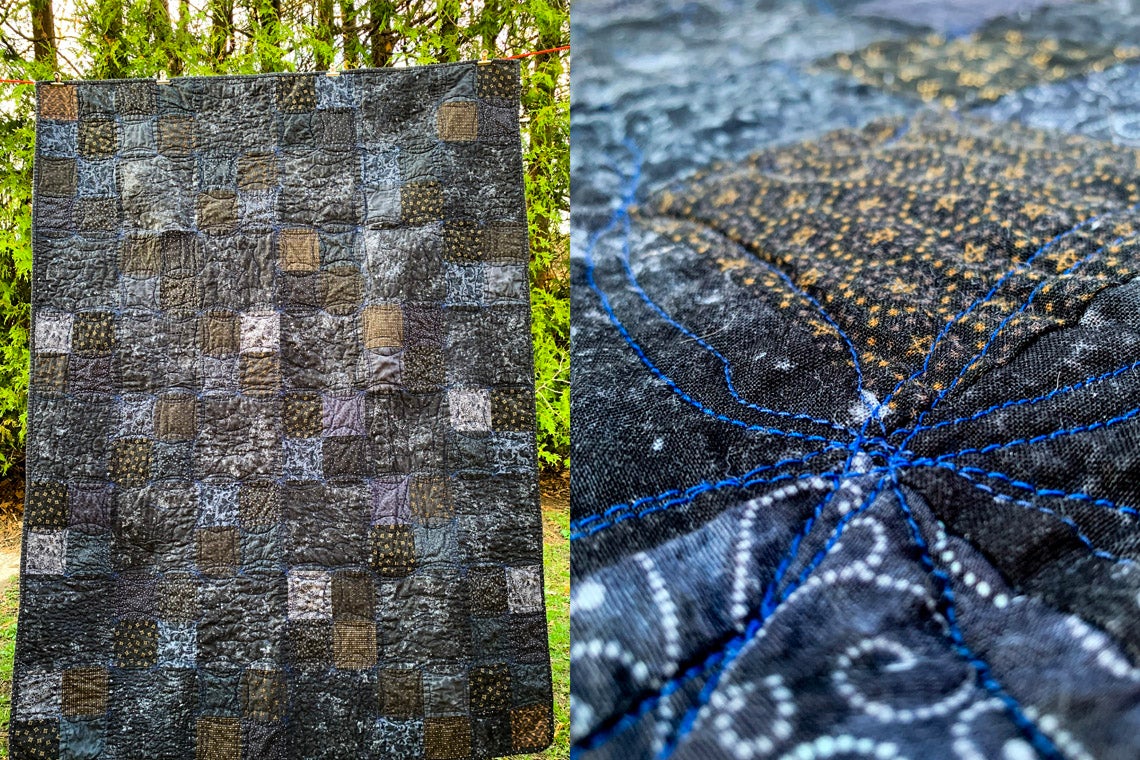 Kristie Serota, a PhD student in public health, made a quilt to describe her relationship with sleeplessness and challenge the conception of insomnia as a medical disorder (photos courtesy of Kristie Serota)

About one-in-four adults in Canada reports being dissatisfied with their sleep. But instead of fighting sleeplessness, Kristie Serota chose to embrace it.

The PhD candidate at the Dalla Lana School of Public Health took up quilting in the wee hours to document her relationship with sleeplessness – and to critique what some researchers call the “sleep industrial complex.”

In the latest issue of Art/Research International: A Transdisciplinary Journal, she says nocturnal quilting helped her accept sleeplessness as a part of her life rather than a medical disorder in need of fixing – an insight that speaks to a larger public health issue related to precarious employment, inflexible work schedules and other stressors that often disproportionately affect marginalized groups. 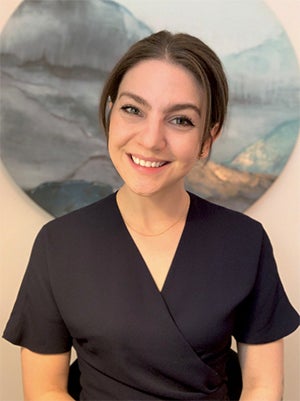 “You know sporadically, periodically or continuously having trouble falling asleep and staying asleep is just a normal part of our human experience, and yet we have special mattresses, oil diffusers, teas and meditation,” Serota says. “Who is benefitting from this?”

Serota came up with the idea of quilting to critique the “biomedical construction of sleeplessness as insomnia” during a narrative research course taught by Michael Atkinson, a professor at Dalla Lana who specializes in the study of suffering and pain across cultures and health-care contexts.

The course challenges students to recount a personal health experience using a medium of their choice.

Atkinson says the influence of one's social climate on sleep cannot be underestimated. Studies suggest that socially marginalized people, including disadvantaged women, are most vulnerable to insomnia.

“The most vulnerable members of any social structure usually report higher in categories related to population health conditions and this is certainly true of insomnia,” Atkinson says.

While there is a substantial body of research on sleep and a massive sleep product industry, there is relatively little public-health research on the subject, Atkinson says – except for a small area of scholarship on the sleep industrial complex.

He says it may be time to pay greater attention to the social causes of insomnia, which Atkinson categorizes as an invisible disability.

With the shift in work schedules during the pandemic, many have experienced disruptions to their sleep for better or worse. While added anxiety has kept some up at night, others have said remote work has given them greater flexibility catch some shut-eye according to their own schedule.

In Serota's case, she says working remotely allowed her to follow a sleep cycle that matches her internal clock.

“I have just embraced sleeplessness and instead of fighting against myself and getting really frustrated and worked up that I can’t fall asleep. I just get out of bed and go do something else, and then wait until I feel tired and then say ‘Okay, I guess, now is when I’m going to go to sleep,'” she says.

However, Serota acknowledges that embracing sleeplessness requires a flexible work schedule that isn't available to everyone.

Atkinson, too, says a nine-to-five work schedule, plus after-hours work demands, can cause stress that makes it difficult to sleep.

“We’ve got these nine-to-five schedules or whatever schedules that structure our existence,” he says. “But we take so much of that home and it’s never over, and so we’re either working late into the night, or we have 100 million things in our head at night. And this is such a common thing.

“You’re not able to sleep within the confines of that structure,“ he adds. “You never get to sleep, and then it creates more anxiety when you try to sleep because you’re constantly worried.”

Atkinson recommends looking into health interventions that could promote work-life balance: changing the length of work shifts, giving employees the ability to work from home and reducing job insecurity.

On a cultural level, he says it is worth re-examining the idea that living with stress that keeps us up at night is natural. “The worst thing that happens is that we assume culturally that the lack of sleep is normal,” he says.