'There’s always something we can do': Prof gives students extra credit for helping others 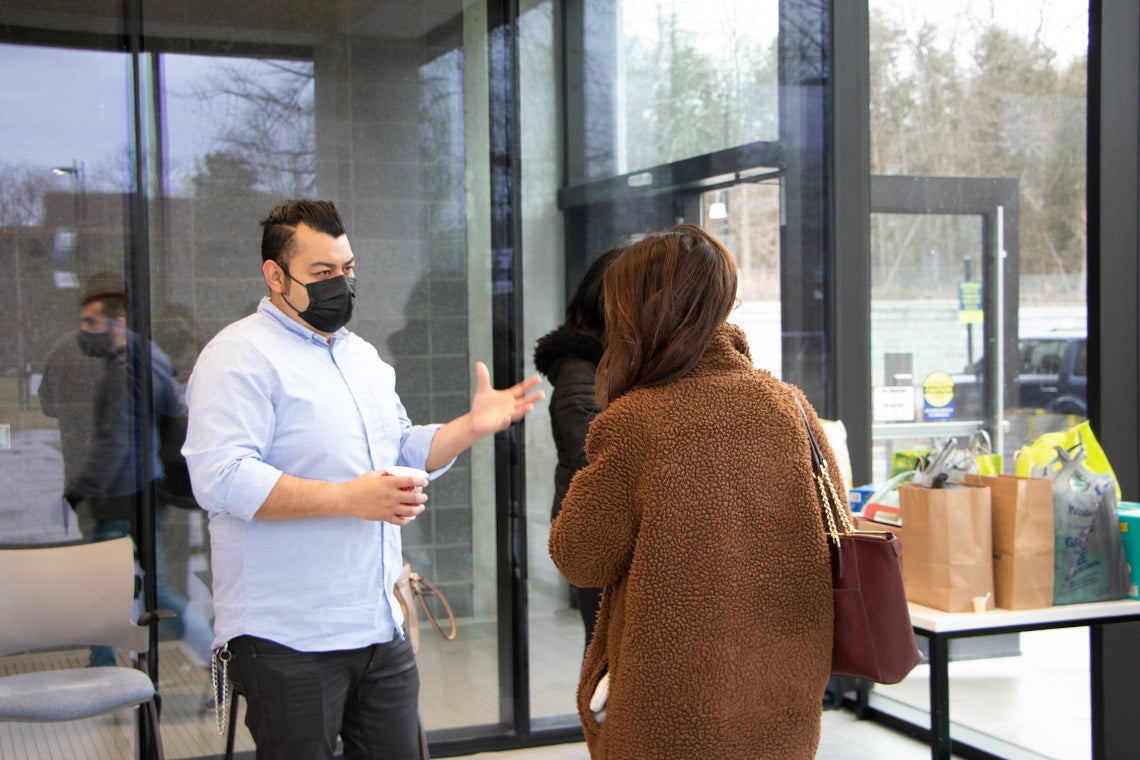 Jerry Flores, an assistant professor of sociology at U of T Mississauga, left, receives a delivery of a donation during the Extra Credit Donation Drive (photo by Angelia Meffe)

When Jerry Flores’s students at the University of Toronto Mississauga ask for extra credit, the assignment is simple: Help somebody.

Inspired by a student’s request for bonus marks several years ago, Flores, an assistant professor of sociology, recently held the Extra Credit Donation Drive – now a regular feature of his classes – over two days in March.

“As we learn about equality, I try to show them that we can’t control everything in the outside world, but we can control what is in our power and try to make positive change in our community,” says Flores, who joined the department of sociology five years ago.

“Whether that’s a donation drive, walking the neighbour’s kid to school, dropping off groceries, shoveling someone’s walk – there’s always something we can do.”

“It’s the same amount of bonus marks if they bring in one tube of toothpaste or a truckload of stuff,” Flores says, adding that it’s about the act of giving as opposed to the dollar value of the donation.

The contributions go to different charities each year, including Peel Aboriginal Network and local youth and women's shelters. This year, the donations were taken to the Native Women's Resource Centre of Toronto, a group Flores came to know while interviewing at-risk Indigenous women for his own research into missing and murdered Indigenous women and men. Flores says several of the students also help deliver the items, which he feels is another important part of the experience.

“When we caravan these donations downtown, I can really see the looks on their faces – how it affects them,” says Flores. “Sometimes they get a little tour of these facilities just to see what is going on. When we can actually see someone face to face and help them, it makes a difference.” 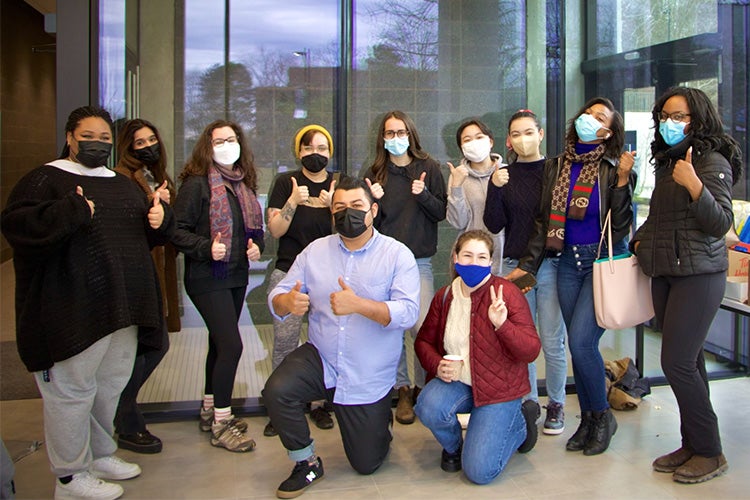 For those students looking to pursue careers or research with their sociology training, the community service is a reminder of the importance of reciprocity.

“The mistake a lot of folks make when they do research with at-risk groups is they show up, take what they want and leave, which is a very colonial model,” says Flores, whose own areas of research have included gender and crime, prison studies, alternative schools, ethnographic research methods and other subjects.

For his first book, Caught Up: Girls, Surveillance and Wraparound Incarceration, Flores studied young incarcerated women in southern California and, in return, volunteered with the women, playing sports, helping with homework and organizing a field trip to the local university to encourage them to pursue higher education.

“I grew up super poor in an all-Mexican community in Los Angeles with working-class parents, I remember really wanting to help but not knowing how to do it,” he says, noting his own family culture encouraged giving. His parents, despite financial strain, used to take truckloads of donations across the U.S.-Mexico border to help people in need.

“When I got to university and had some more resources, I realized as a student, and then as a professor at U of T Mississauga, we have so much power, so much clout and we have the power to make positive social change in our communities,” he says. “I try to show my students that we sometimes feel that these issues are too big for us to handle, but there’s always something we can do.”

Flores says he hopes students will spread the idea for a donation drive to other classes and groups in their lives.

“Work with any community in need that is important to you, whether it is [Indigenous] women, or the people of Ukraine, Syria, Iraq, Afghanistan, the Rohingya in Myanmar…Whatever causes you are passionate about,” he says.  “We come from all over the world, and we all have things we feel strongly about, so just follow your heart.”

Most of all, Flores says, he hopes the drive gives them a sense of empowerment to get involved.

“I always tell them ‘If you are waiting for someone to come and do something, you are going to be waiting forever,’ Flores says.

“‘You are some of the most talented and brilliant people in the world and there’s so much need, and there is nothing stopping all of us – every single professor and every single student – from organizing something this.’ We are so lucky to be able to do this kind of work, and encourage others to do the same when possible.”