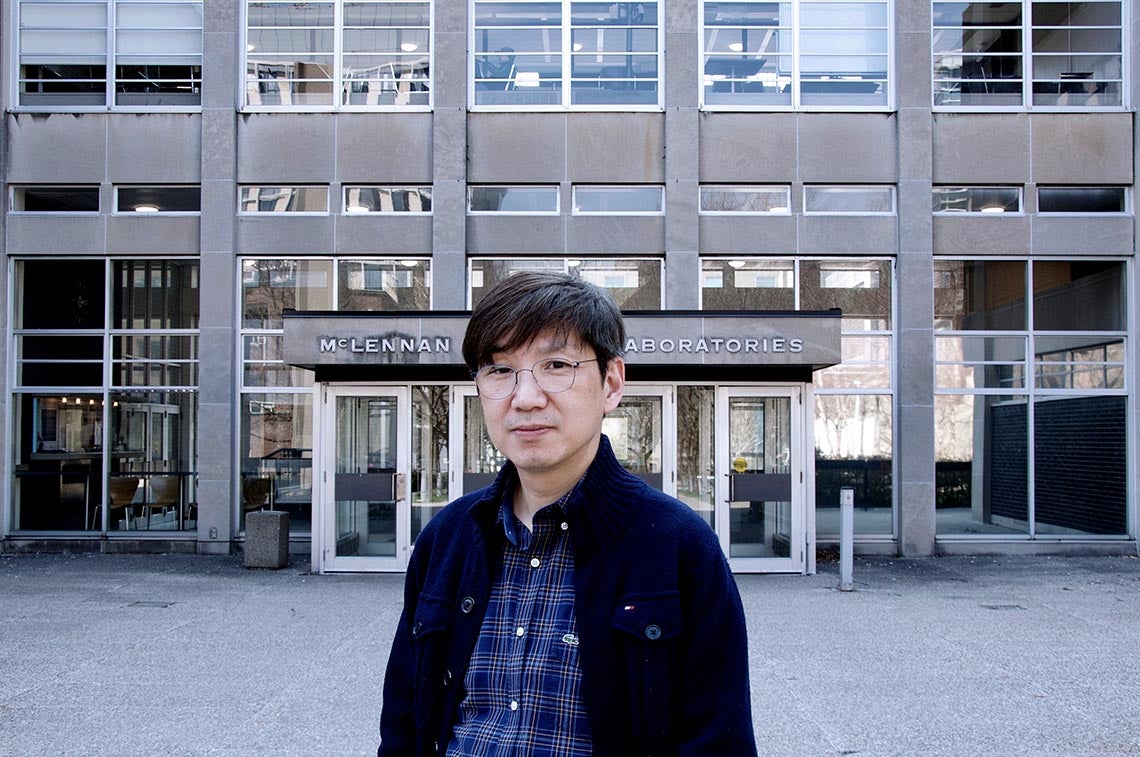 Professor Yong-Baek Kim, a theoretical physicist, will use the two-year Killam Research Fellowship to support his research into quantum spin liquids (photo by Diana Tyszko)

Yong-Baek Kim, a theoretical physicist at the University of Toronto, has been awarded a prestigious Killam Research Fellowship from the Canada Council for the Arts.

Presented each year to Canadian scholars pursuing groundbreaking research in the humanities, engineering and social, natural and health sciences, Killam Research Fellowships are among the most coveted awards in Canadian higher education.

“It’s a great honour to be recognized with a Killam Fellowship,” said Kim, a professor in the department of physics in the Faculty of Arts & Science and director of the Centre for Quantum Materials at U of T. “This support gives me an exciting opportunity to expand my research, think creatively, and explore unknown research territories.”

But first scientists need to discover a spin liquid in a real substance. Kim aims to develop a theoretical model that can help design a tool to detect this unusual phase of matter in materials.

“Professor Kim is an intellectual leader in condensed matter physics research at U of T, in Canada and worldwide,” said Stephen Julian, chair of the department of physics. “He has a remarkable ability to contribute work that really changes the direction of the field. The two years of focused effort provided by the Killam Fellowship is bound to produce dramatic new insights into the nature of matter.”

“Congratulations to Professor Kim on this important recognition of his research,” said Vivek Goel, U of T’s vice-president, research and innovation. “I’d also like to thank the Canada Council for the Arts and the Killam Trusts for their continuing support of our scholars.”

This award follows a number of significant achievements for Kim. In 2017, he was awarded a Brockhouse Medal from the Canadian Association of Physicists for his contributions to condensed matter and materials physics. He was also recognized as a Fellow by the American Physical Society in 2012, and received a Sloan Research Fellowship from the Alfred P. Sloan Foundation in 1999.

Kim joins five other leading scholars from across Canada chosen by a selection committee of their peers to receive a Killam Research Fellowship this year. The fellowships are made possible through the Killam Trusts, bequeathed in the 1960s by the late Dorothy J. Killam.