Then and now: Take a look at these photos of the First World War on campus 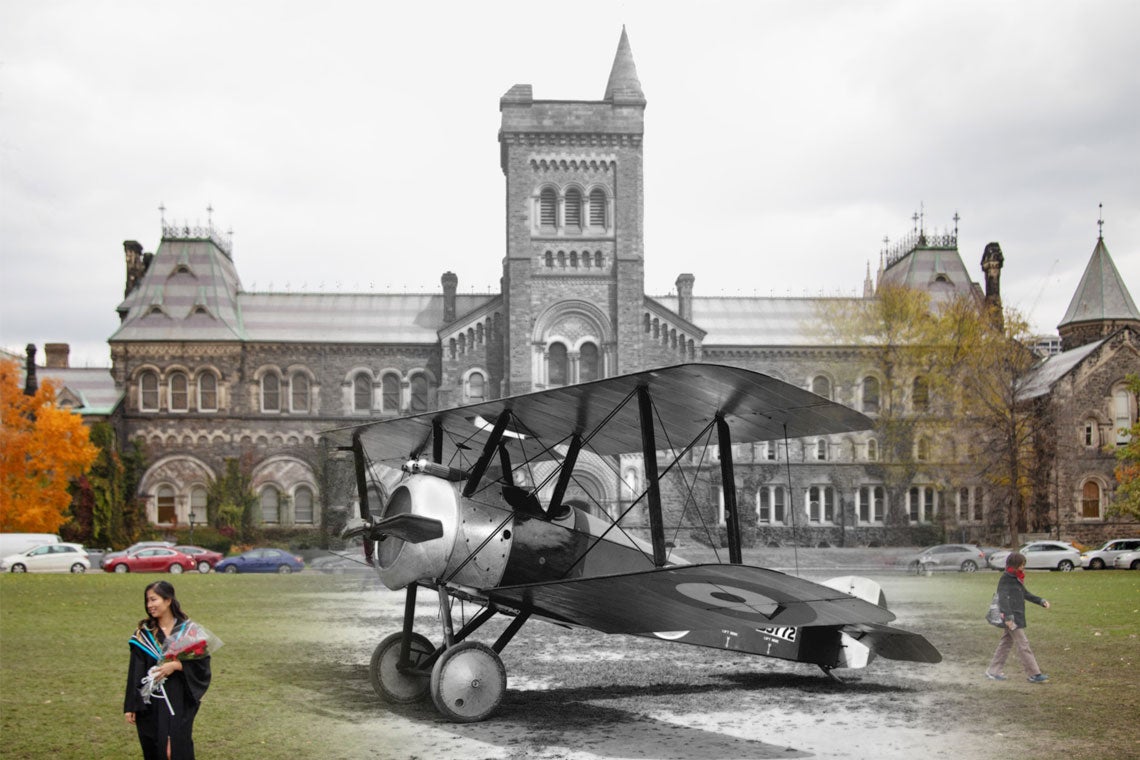 A composite image of University College in 2018 and in 1918 (composite by Nick Iwanyshyn, including a U of T Archives photograph)

During the First World War, the University of Toronto was abuzz with wartime activity – from air force pilots in training to troops camped out on campus lawns. The following photos depict life on campus between 1914 and 1918, with backdrops you might recognize today.

Archival photos are courtesy of U of T Archives, juxtaposed with current photographs taken by U of T News photographer Nick Iwanyshyn.

A Sopwith Camel airplane in front of University College, 1918

People take part in the first Remembrance Day after the dedication of Soldiers' Tower, 1924

University contingent of the Canadian Officers' Training Corps on parade on the Front Campus, 1916

"Take up the Sword of Justice – join now":  First World War recruitment poster on College Street in front of the Mining Building, 1914