Thanks to K-Pop and Korean dramas, Toronto's Korean speech contest at U of T gets bigger each year 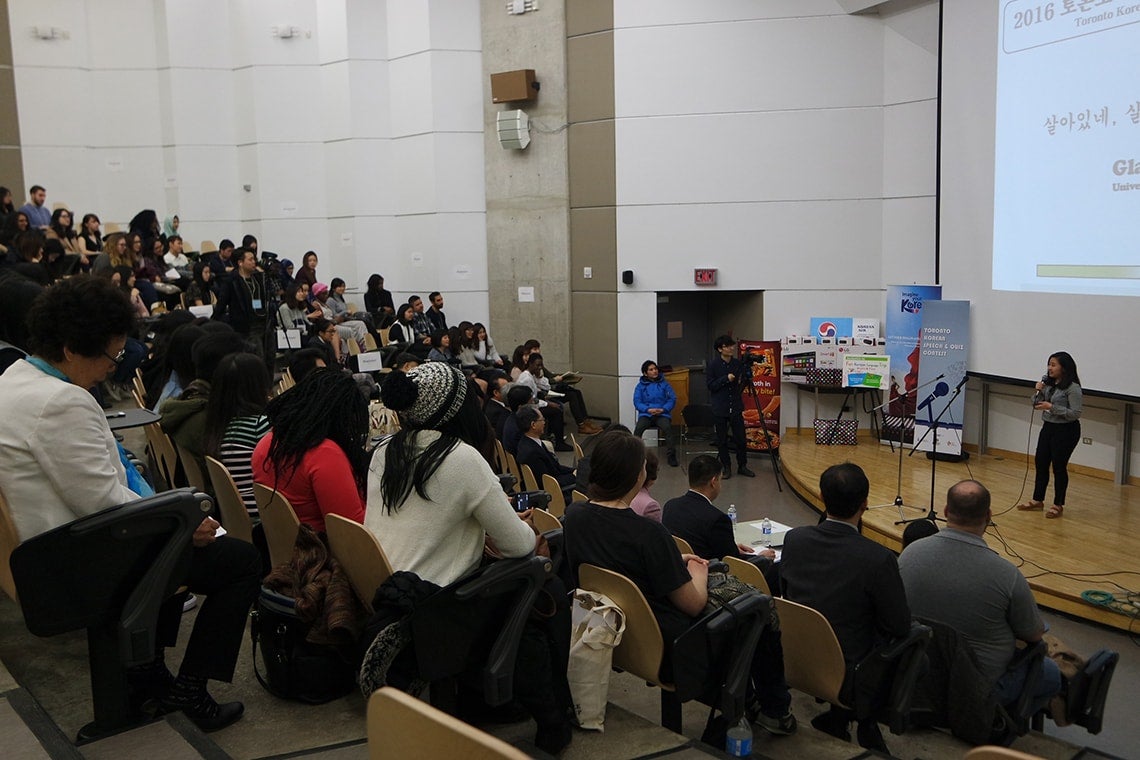 The competition will be held March 11

The Korean Speech Contest held each year at U of T's Munk School of Global Affairs keeps getting bigger and better since its launch 10 years ago – an upsurge in popularity that mirrors a wider trend in Korean language study.

This year, 45 university and high school students from across Canada will give speeches in Korean on topics ranging from pop culture and food to Korean friends and their own language study experiences.

According to the latest figures available from the Modern Language Association of America, U.S. colleges and universities saw a 45 per cent increase in Korean language enrolments between 2009 and 2013.

Kyoungrok Ko, an associate professor in East Asian Studies at the Faculty of Arts & Science and the organizer of the speaking contest, has seen a similar trend in Canada.

Ko points to the K-wave – the explosion of popular pop music videos and drama from Korea – for the increasing number of students flocking to Korean language courses.

“Before coming to U of T, the only knowledge I had about Korea was through K-pop and K-dramas on YouTube,” says Zoha Tanveer, a fourth-year Woodsworth College student specializing in East Asian Studies.  “I basically discovered a country and I was shocked to not have known about it before.”

According to Ko’s research with his own students, about 40 per cent of students say Korean popular culture is their main motivation for learning Korean.  Others cited academic and linguistic interest, communication with family members or better career opportunities – with companies like Samsung, LG and Hyundai, Korea has the 13th largest economy in the world.

Students from many different cultural backgrounds study Korean. It is especially popular with international students, notes Ko, who personally interviews each student who enrolls in first-year Korean language to ensure they are placed in the right course, depending on their language proficiency.

For Ko, the main reason for hosting the Korean Speech Contest is to motivate his students – whether beginners or highly advanced – to speak Korean comfortably and persuasively in public.

The competition, however, has also become an important event for the Korean community with many local business and media outlets contributing prizes and offering support.

The contest is now supported by the Ministry of Foreign Affairs in Korea, the Ministry of Education in Korea, Korea Tourism Organization, LG Corporation, food and beverage company Nongshim, Korean Air, and Galleria, one of the GTA’s largest Korean supermarkets. In addition, major universities in South Korea provide five winners of the winners with place in their summer language programs.

The Korean Speech Language Contest is open to the public.  More information on the contest is at uoft.me/tksc