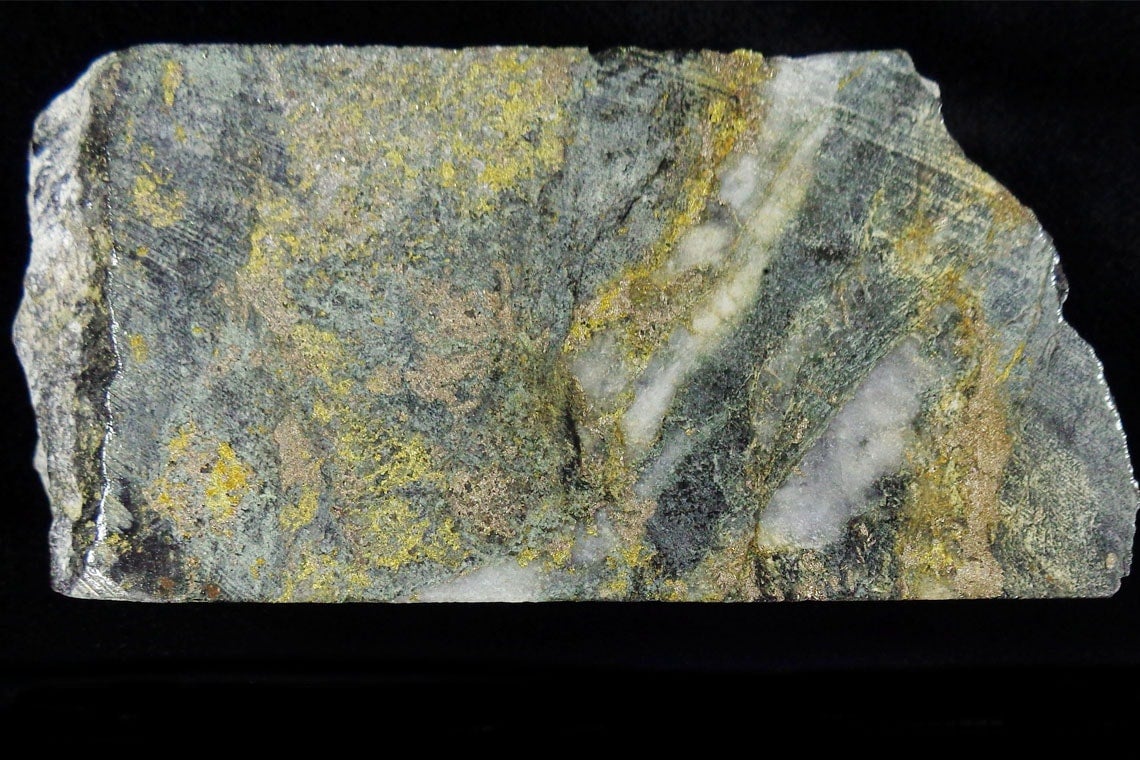 Sulfide minerals in the host rock, including pyrite, are oxidized by products of radiolysis to produce the source of sulfate found in the fracture waters (photos by K. Gorra)

In Northern Ontario, a team led by U of T researchers has found the “geochemical fingerprints of life” and the energy sustaining this life in waters more than two kilometres below the surface of the Earth. The discovery demonstrates how life can be sustained even in the seemingly inhospitable environments of the deep Earth crust.

Most life on Earth gets its energy – directly or indirectly – from the sun. But there are other options.

“Microbial subsurface communities are often chemosynthetic, not photosynthetic,” says University Professor Barbara Sherwood Lollar in the department of earth sciences at the Faculty of Arts & Science.  “In chemosynthesis, a molecule like hydrogen ‘donates’ electrons, and sulfate ‘accepts’ them. Basically, all metabolism works through this kind of exchange of electrons. That’s how energy works. That’s how life works.”

The chemical reactions producing the electron donor in these deep waters had been identified several years ago, but the source of sulfate – the electron acceptor – had been elusive. 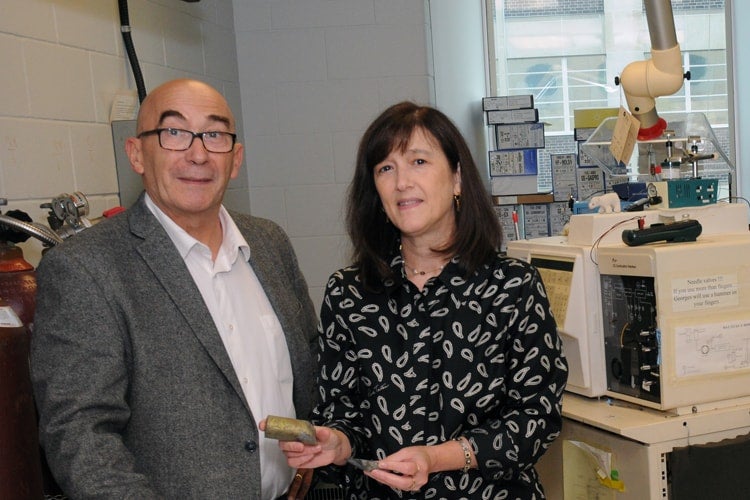 In a paper published this week in Nature Communications, Sherwood Lollar and her colleagues report that sulfate dissolved in these waters 2.4 km below the surface comes from oxidation of the sulfide minerals in the ancient rocks via chemicals produced when radiation breaks the water down into its constituent parts.

First author Long Li, now the Canada Research Chair in stable isotope geochemistry at the University of Alberta, worked with Sherwood Lollar at U of T as a postdoctoral fellow. Along with researchers from McGill University, they studied the distribution pattern of multiple sulfur isotopes – that is, sulfur atoms that differ by the number of neutrons – in the dissolved sulfate in ancient subterranean waters near Timmins, Ont.

Read about the latest findings in Deep Carbon Observatory

Their earlier work had revealed that these waters contain hydrogen and sulfate – key components that make life possible without sunlight. The multiple sulfur isotope compositions in the sulfate show a unique pattern, only seen in rocks formed before oxygen appeared in Earth’s atmosphere about 2.4 billion years ago.

By matching this isotopic feature in the dissolved sulfate with that of pyrite in the 2.7-billion-year-old rocks hosting the waters, the researchers demonstrated that the same pyrite and other sulfide ores that make these rocks ideal for economic mining of metals, produce the “fuel” for microbial metabolisms.

But there were other surprises in store.

“When we looked at the sulfate dissolved in these waters, we found it was more enriched in an isotope called sulphur 34 than expected,” Sherwood Lollar says.

“People often think we study ancient life through fossils,” says Sherwood Lollar. “But the evidence that life arose on our planet 3.8 to 4 billion years ago comes not from fossils, which came much later in Earth’s history, but from geochemical fingerprints.”

Microbes leave behind geochemical isotopic signatures that allow researchers to detect their existence, even in the absence of fossil or biological data.

The authors tested models of both chemical and biological processes to try to explain the enrichments in sulphur 34. The results pointed to a biological process and suggested that microbial communities must have colonized these rocks long ago.

“We looked carefully at chemical processes that might account for this pattern, but they just didn’t fit. That forces us to look at the other kind of process – a biological one, which fits very well,” Sherwood Lollar says. “There must have been microbes in these waters on a geologically long timescale.”