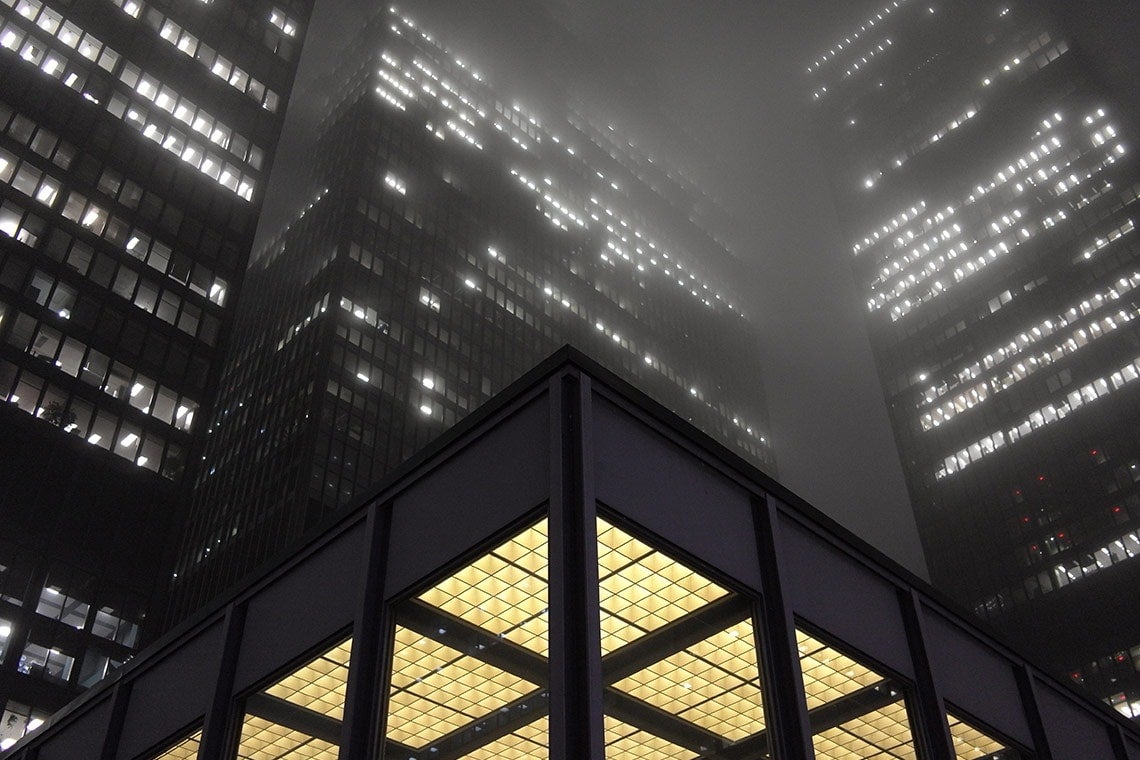 TD Bank, headquartered at the TD Centre in downtown Toronto, is purchasing Layer 6 for an undisclosed sum (photo by JasonParis via Flickr)

One of Canada’s biggest banks has purchased a promising artificial intelligence, or AI, startup that was co-founded by two U of T alumni and a local lawyer and entrepreneur – further evidence of how big corporations are eager to scoop up the country's top AI talent.

TD Bank said this week that it has agreed to buy Layer 6 for an undisclosed sum, although the Globe and Mail cites sources who say the price tag was in excess of $100 million when retention payments to employees are included.

The acquisition comes as the bank seeks to cut costs by using AI to automate repetitive tasks and scan large datasets in search of patterns that can help it better understand its customers.

“We’ve talked a lot in the past about disruption and what would happen to banks, and ‘Are your business models broken?’” Bharat Masrani, the bank’s CEO, said at an industry conference in Toronto, according to the Globe.

“And I say, ‘This [acquisition] is a great example of how TD’s adapting to this new reality and new expectation, and how we are remaining on the leading edge with our customers.’

Read more about TD's deal to purchase Layer 6 at Betakit

Layer 6 uses machine learning technologies to help businesses better anticipate their customers’ needs, and won an international competition for best recommendation system last summer. The startup was co-founded 2016 by Jordan Jacobs and U of T alumni Tomi Poutanen, who holds both a master's in applied science and an MBA from U of T, as well as Maksims Volkovs, who received three degrees from U of T, including a PhD in machine learning.

Both Jacobs and Poutanen played a key role in the creation of the Vector Institute for artificial intelligence research alongside AI researchers like Richard Zemel, a professor in U of T's department computer science, and Geoffrey Hinton, a U of T University Professor Emeritus who has been dubbed by some as the “godfather” of deep learning.

TD Bank is the latest in a long list of companies competing for the top AI talent generated at places like U of T. Others include Silicon Valley heavyweights Google, Facebook and Microsoft.

While some have expressed concern about a new “brain drain," Jacobs told the Globe the Layer 6 deal presented an opportunity for a Canadian company to “leap ahead” and become a world leader.

“We wanted to build something significant in Canada,” he said.