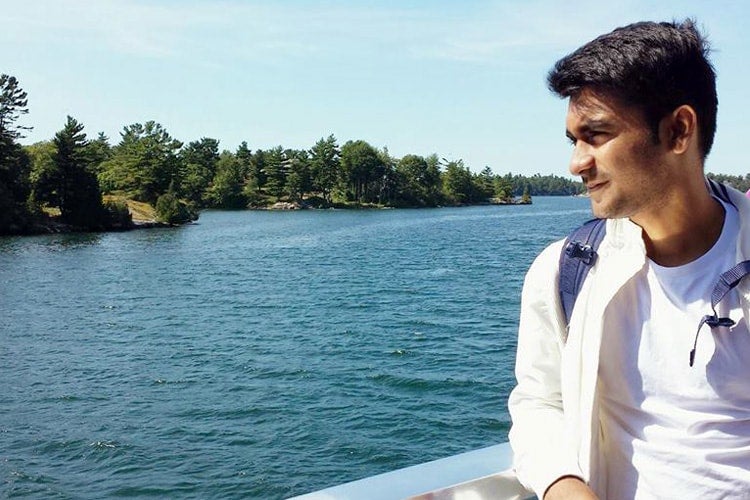 The University of Toronto is continuing to monitor the case of student Tahmid Khan, one of two men held by authorities in Bangladesh following last month’s hostage taking at a restaurant in Dhaka.

The life sciences student, who is set to enter his fourth year of studies at U of T, was in Dhaka visiting family and was in the restaurant on July 1 during the terrorist attack that left 20 dead. In the days following the incident, he and one other hostage were detained by police and his family and friends have appealed for help amid conflicting reports about his whereabouts. Human Rights Watch also has appealed for news on the condition and treatment of the two men.

After weeks of Khan’s family pressing for information, reports surfaced last week that a court had granted police eight days to question Khan and the other man who was detained, British national Hasnat Karim.

University of Toronto President Meric Gertler last month wrote a letter to Foreign Affairs Minister Stéphane Dion expressing concern for the student’s welfare and confirming that he is a student in good standing who is an active member of the university community.

The university is continuing to watch the case.

“We’re concerned about the well-being of Tahmid,” U of T spokesperson Althea Blackburn-Evans said. “We have students coming to us from all over the world so when something like this happens our first thought is for the well-being of the student and wanting to ensure the student is treated fairly.”

Khan is a permanent resident in Canada and not a Canadian citizen and officials have said that this limits the role Global Affairs Canada can play.