India's water crisis: what Canada and India can learn from each other 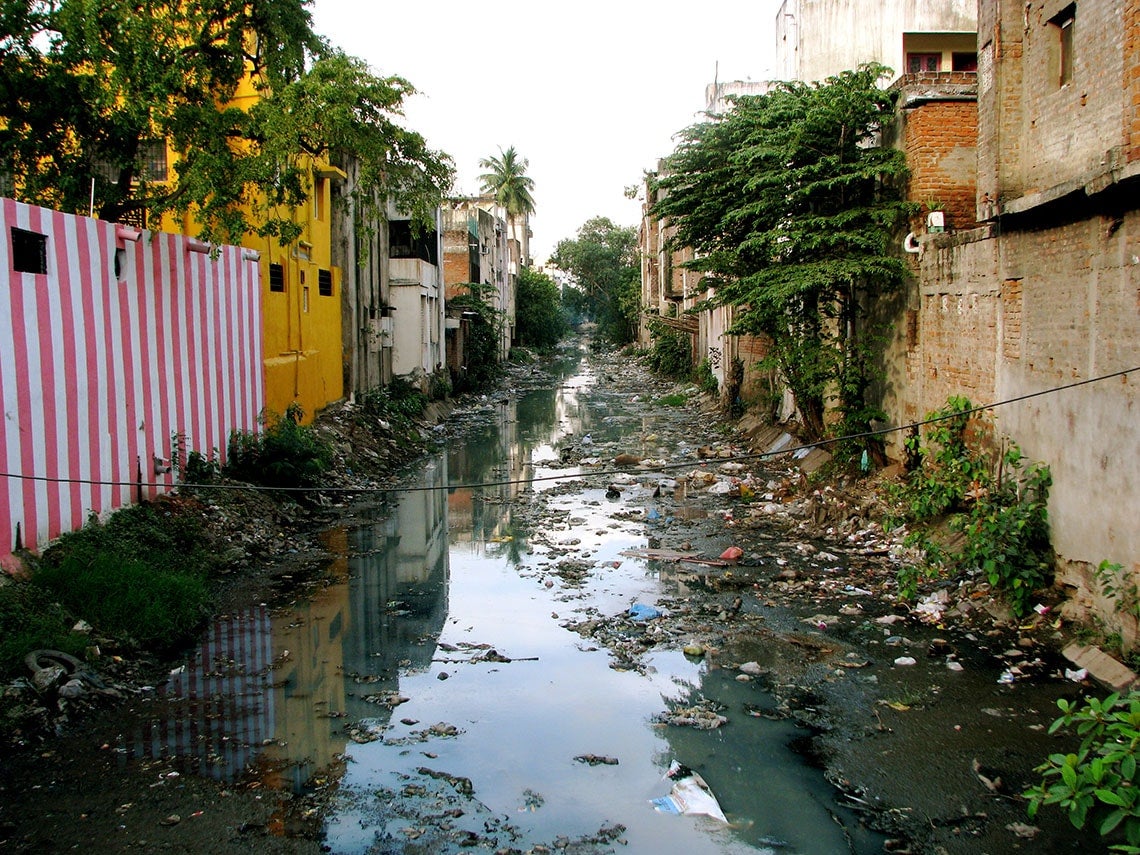 With a diverse population of 1.2 billion, India has the second highest population in the world, roughly 35 times higher then that of Canada. Yet, India is only one-third the physical size of our country.  With such a large population, water has become a highly contested resource in the country.

In urban areas, drinking water supply and sanitation continue to be inadequate despite ongoing efforts by various levels of government to improve access to water.  Furthermore, there are currently huge disparities of water access between cities and peri-urban areas, which are defined as quickly urbanizing rural areas on the outskirts of cities. These factors combined with a severe drought after two years of sparse monsoon rains have left many parts of western and northern India in the midst of a serious water crisis.

Bharat Punjabi, a research fellow at U of T's Global Cities Institute spent the summer researching water politics in India with Craig Johnson, a professor of political science and international development at the University of Guelph. U of T News writer Larysa Woloszansky asked Punjabi about the lessons he learned in India and how they can be applied here in Canada.

What were you researching in India this summer?

Our research, which is funded by the Shastri Indo-Canadian Institute, started in response to acute water scarcity in many parts of India in the last two years. We thought we would start with researching water governance at the metropolitan level with a focus on peri-urban areas. The objective was to find out how regions in India are coping with increased water demand and scarcity, and what kind of institutions at the metropolitan level have been formed to deal with the new challenges. We were especially interested in finding out whether municipalities in large metropolitan regions have the autonomy and freedom to sign agreements with each other to provide water to their citizens, or whether state governments, parastatal (owned or controlled by the government) corporations or metropolitan-level authorities (under state governments) continue to play a more important role in water provision in peri-urban areas.

What did you learn about how cities are coping across India?

We found there were diverse governance arrangements between municipalities at the metropolitan level. While some municipalities did have written agreements with each other, and there were some novel experiments in the Mumbai and Bangalore regions, the trend in Chennai (in the south) is to bring water provision under an all-encompassing organization. For example, Chennai Metro Water, which is an excellent organization working under state government. It is doing very good work in rainwater harvesting. This is in contrast to Mumbai where there are too many actors trying to coordinate water management.

In contrast, Chennai and Bangalore are trying to craft regional solutions with Chennai being more successful. Thus, Chennai has expanded its boundaries by amalgamating surrounding municipalities. Its success has been acknowledged by Indian Prime Minister Narendra Modi, who has encouraged other city governments to replicate Chennai's work. My research findings in Chennai turned out to be the highlight of my trip.

What's causing these water issues? is it urbanization or global warming?

Water scarcity in Indian cities has a lot to do with the chaotic development in urban areas. In the large metropolitan cities, it also had a lot to do with the sprawling development of townships over groundwater aquifers. The problem was most acute in Chennai where the government has sought to tackle it by implementing a compulsory rooftop rainwater harvesting program within the city. Water scarcity is also serious in peri-urban Mumbai. Bangalore has seen similar problems with city sprawl, and this has also occurred with disastrous consequences in the Delhi region. The city witnessed flooding during the 2016 monsoon as some rivers and streams that had been built on were seriously flooded. The solution lies in building a greater social awareness of the negative effects of building cities over water aquifers and streams, but it also lies in developing better policies at the metropolitan level.

Are there any lessons to draw for Canada?

I think there is great potential for a two-way traffic of ideas between India and Canada on the subject of metropolitan governance of water. Recently, the Indian water policy expert and economist Mihir Shah submitted a significant report on urban water systems to the Indian Council of International Economic Relations (ICRIER), an economic policy think tank. The report advocates a two-pronged approach. The first is to regulate or even reverse urban sprawl over water aquifers and secondly, it advocates developing mechanisms that ensure qualitatively better and coordinated metropolitan governance around water. Like the Ontario source water protection policy, this report by Shah lays similar emphasis on crafting  local solutions to anticipating and preventing threats to water quality and quantity. It advocates the creation of institutions that depend on co-operation between the municipalities and the local water department.

The irony is that we have already done this in Ontario and have also fully implemented source water legislation with the setting up of local source water protection authorities. This experience could be utilized in India. For instance Chennai, which depends on groundwater and water harvesting, could learn better urban water governance from Ontario because utilizing harvested rainwater in a built up urban area can create potential health risks.

Canada can also learn from India’s recent attempts to craft a new National Water Policy framework around groundwater. The bill has been already drafted at the federal level. For a long time, a number of Canadian water experts have been advocating a similar national water policy framework for this country.