Study by U of T, international researchers shows effectiveness of masks made with three layers 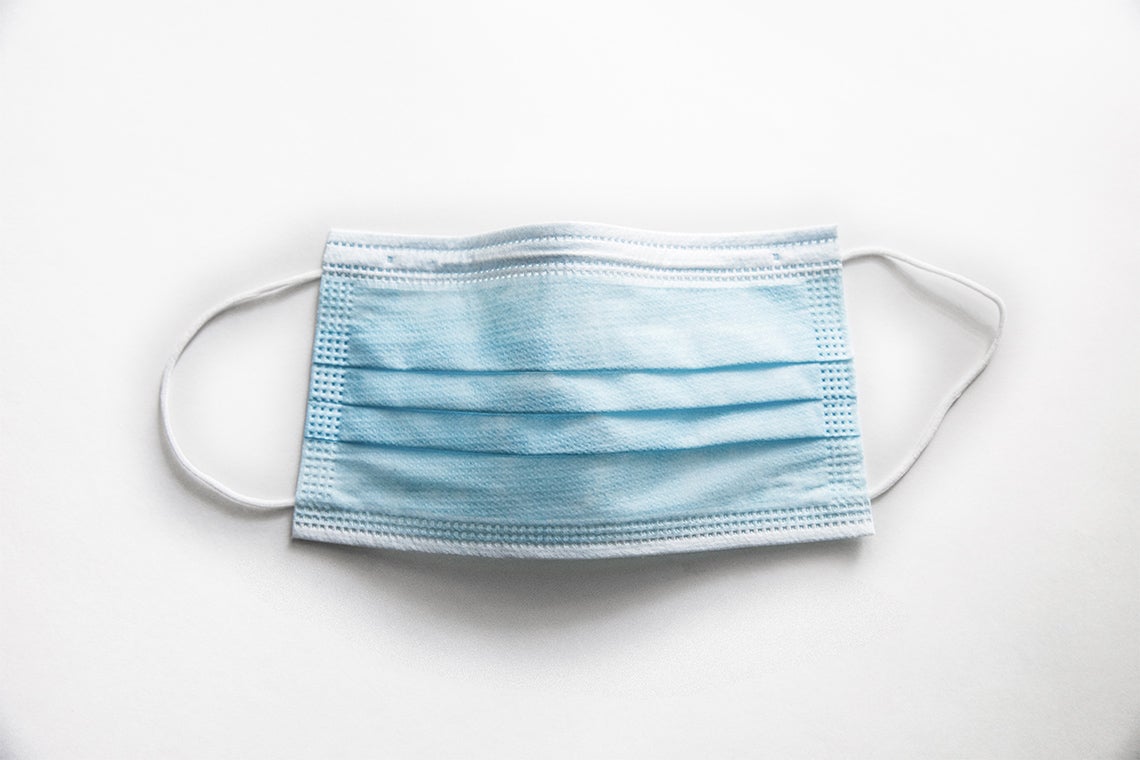 An experimental study carried out by an international team of engineers and physicists has added more evidence for the value of masks made with three layers to prevent the spread of COVID-19 and similar diseases.

The results were published recently in Science Advances.

“Any form of mask is better than no mask,” says study co-author Swetaprovo Chaudhuri, an associate professor at the U of T Institute for Aerospace Studies in the Faculty of Applied Science & Engineering.

“But what we also show is that if they have enough momentum, large liquid droplets can penetrate single or even double-layer masks. When they do, they break up into smaller droplets that are more persistent in the air.”

The team – which also includes Assistant Professor Abhishek Saha at the University of California, San Diego and Professor Saptarshi Basu of the Indian Institute of Science – is leveraging expertise they developed while studying aircraft engines. They use computer models and physical experiments to understand finely dispersed droplets in air, known as aerosols.

In two previous papers, the team used models to describe the ways that droplets and aerosols created by a cough or sneeze can travel and persist in air. These mechanisms were then incorporated to develop a disease spread model – the first one to be developed from the flow physics of transmission.

In the latest paper, the researchers used a device known as a droplet dispenser to fire liquid droplets at a piece of material from single-, double- and triple-layer masks.

The liquid used by the team was not real saliva, but rather a facsimile made of water, salt and various proteins. The mask material was ordinary fabric with an average pore size of 30 micrometres, about the width of a human hair. Specialized cameras were used to take microscopic images up to 20,000 times per second. 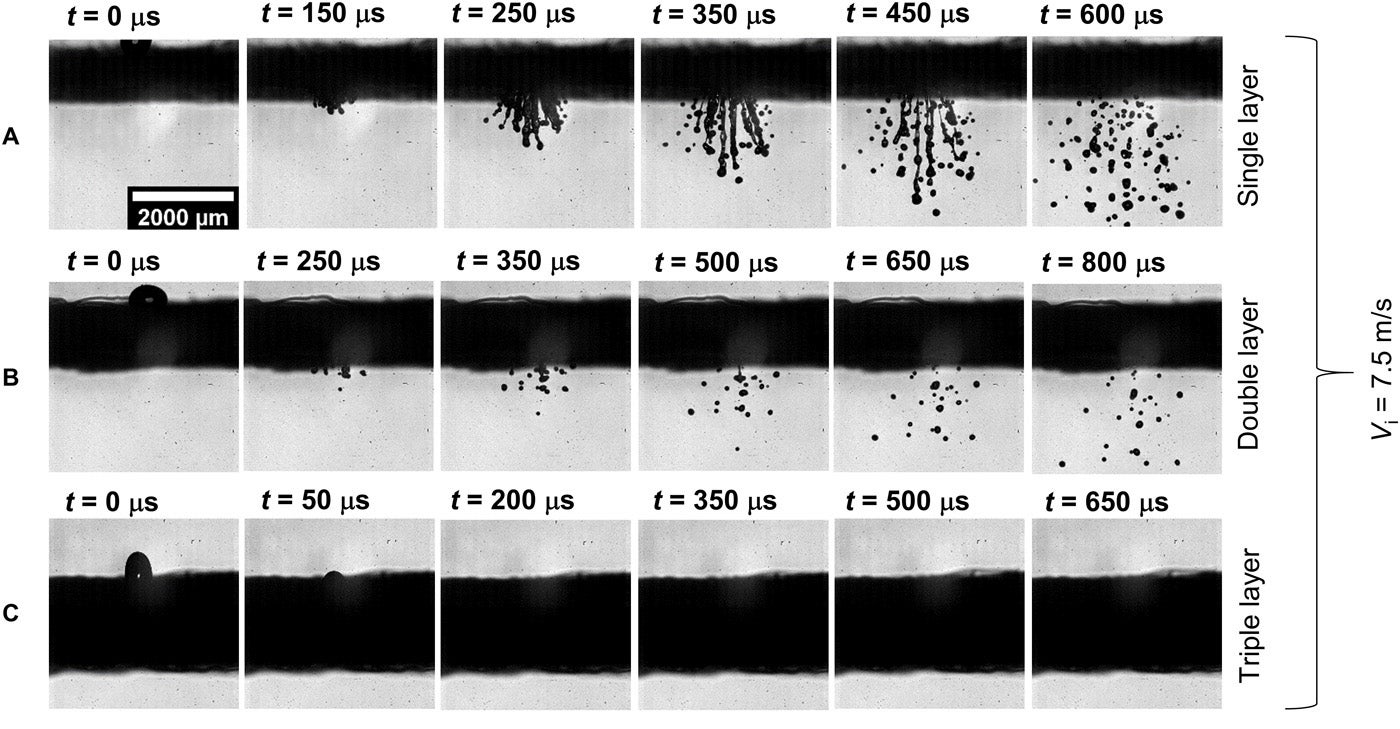 “A pore size of 30 micrometres can easily stop large solid particles that aren’t travelling too fast, but liquid droplets are a different story,” says Chaudhuri. “Liquids can deform, and big droplets can break up into smaller droplets, which have different characteristics.”

The team’s experiments showed that when droplets larger than 250 micrometres were fired at a mask made of one layer, they atomized, breaking up into pieces small enough to penetrate the material and form aerosols. This also happened with double-layer masks, but the proportion of pieces that made it through was only about nine per cent, compared with about 70 per cent for a mask made of one layer of material.

Masks made of three layers, by contrast, were able to stop virtually all the droplets.

Chaudhuri is quick to point out that little is known about the fate of the aerosols created by the atomization process. More research is needed to determine whether they could carry enough viral material to be infectious or how far they could travel.

Still, the findings provide more experimental evidence for what public health agencies around the world are recommending: any mask is better than no mask, but the more layers, the better.

Furthermore, fitting and leakage are very important issues. “An N95 is best, but if that is not available, the latest recommendation is a cloth mask supplemented with a medical procedure mask,” says Chaudhuri. “The combined effect of procedural and well-fitted cloth masks provides good filtration while reducing leakage”

While previous studies have looked at how droplets leak from the sides of masks, they typically have not captured how the mask itself can play a role in atomization.

“Most studies also don’t look at what is going on at the individual droplet level and how aerosols can be generated,” Basu adds.

The finding underlines the importance of a physics-based approach.

“When we study combustion and sprays and the turbulent flows involving them as in aircraft engines, we think about droplets and aerosols a lot, from a lot of different angles,” says Chaudhuri. “I think there’s great value in bringing these perspectives to bear on the challenge of COVID-19, which affects us all.”