Strange dreams during COVID-19? You're not alone, U of T researchers say 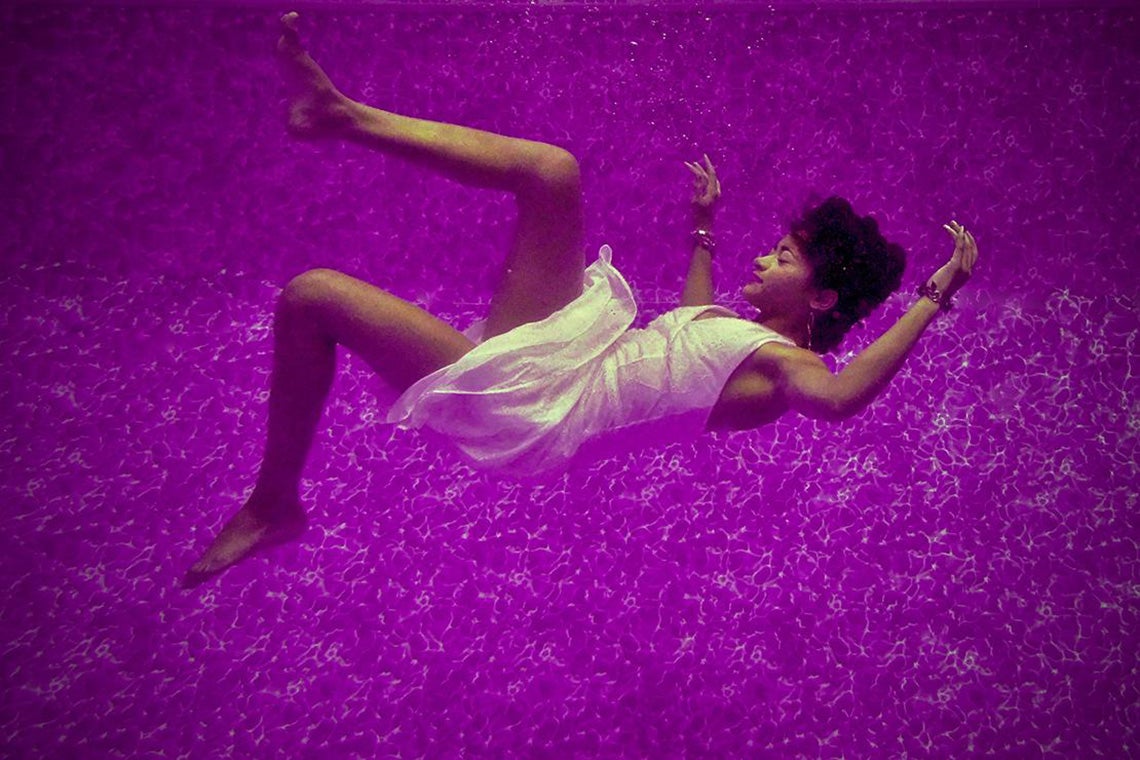 With the support of U of T's COVID-19 Student Engagement Award, graduate students at U of T Mississauga sought to understand how the pandemic was influencing people's dreams (image by Bruce Christianson via Unsplash)

Researchers from the University of Toronto are attempting to peer into our unconscious minds to better understand the relationship between dreams and waking life – particularly during a stressful global event like the COVID-19 pandemic.

Leela McKinnon, Erica Kilius and Noor Abbas are graduate students in the lab of U of T Mississauga anthropologist David Samson, an assistant professor who studies how evolution influences human and primate sleep behaviour. Samson’s current research investigates the theory that humans have evolved to have dreams and nightmares as a way to rehearse for real threats in the daytime.

With that in mind, the student researchers sought to understand how the pandemic might be influencing the dreams of fellow students.

“Never before have we had an overarching global experience where everyone is feeling some sort of effect,” says McKinnon. “We thought it would be interesting to understand what the U of T community is feeling.” 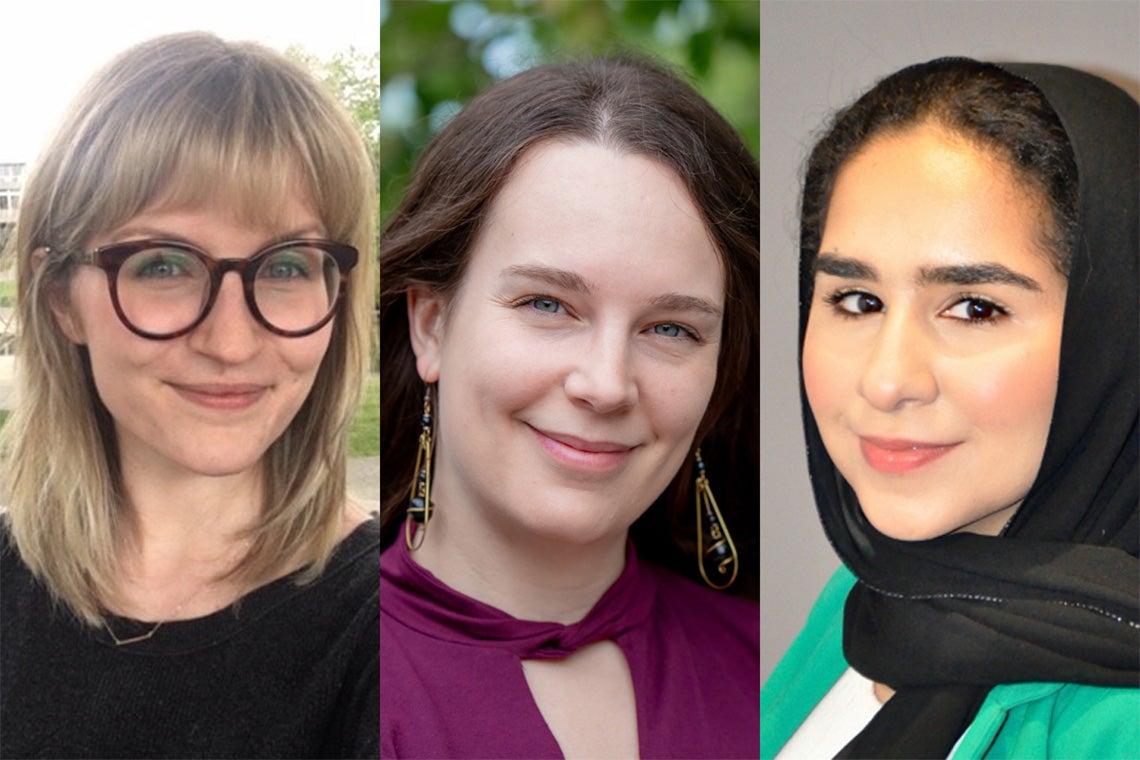 With financial support from U of T’s S COVID-19 Student Engagement Award, the trio collected data from 84 U of T students from 22 countries around the globe. Respondents answered survey and interview questions about the content and themes of their dreams, providing short descriptions of specific dreams that occurred during the early lockdown phase of the pandemic. They also reported whether they felt their cultural background influenced the content or interpretation of their dreams.

The researchers then analyzed the responses according to what Abbas described as “the big five” themes that researchers track in dream analysis: characters, social interaction, settings, emotions and misfortunes.

Anxiety, fear and confusion were the top-reported emotions experienced by dreamers. Respondents also reported that their dreams were more vivid, and that they were having more nightmares than good dreams.

About a third of respondents recalled dreams specifically related to COVID-19, including details like personal protective equipment and social distancing that could be linked to the pandemic. One student reported dreaming about a restaurant meal and receiving a bill for the same amount as their tuition fees.

“That’s exactly what we would expect if outside anxieties and fears come into dreams, because that’s what people are experiencing in real life,” McKinnon says. “It seems that dreams are related to outside stressors, and that they might have a sort of function. Further analysis may support this idea of threat simulation.”

Abbas notes that female respondents reported higher incidents of finding themselves in negative situations and on the receiving end of physical aggression in their dreams.

Abbas says this could be interpreted as evidence that there is a difference between how women and men perceive threats. “That we see more in females than in males could indicate a difference in how they rationalize an external threat in their dreams,” she says. 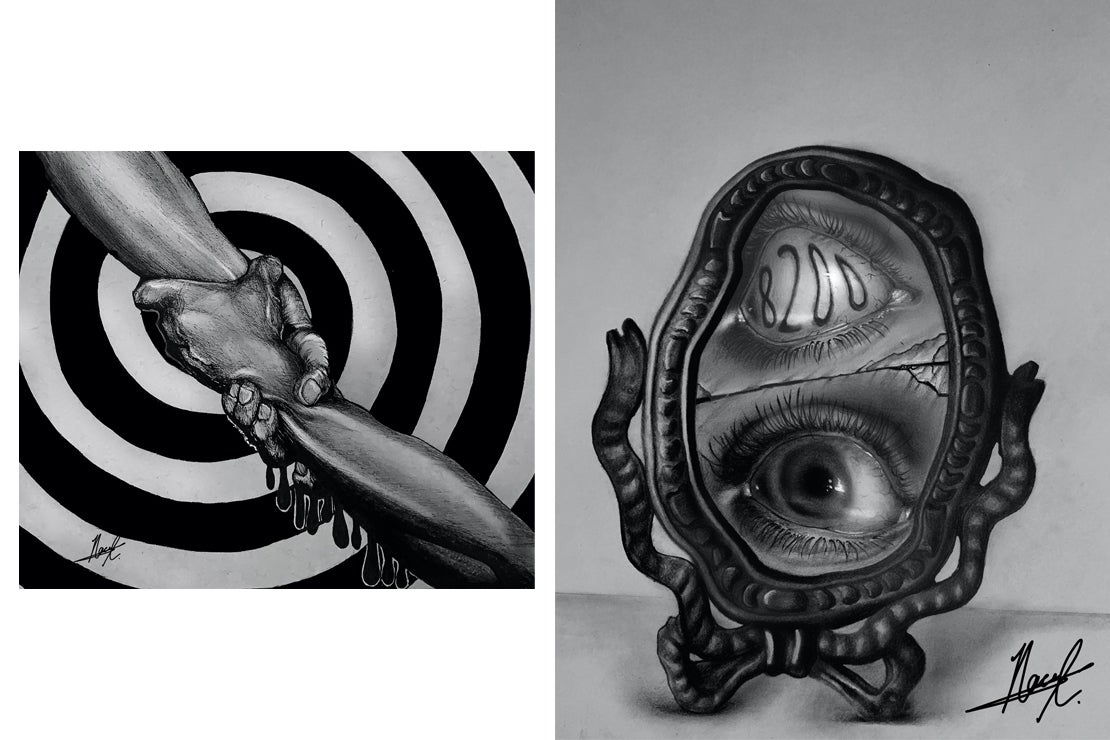 The researchers were also interested in the relationship between culture and pandemic dreams.

“Culture can influence whether the dreamer naps during the day or stays out late,” Kilius says. “In dreams, culture may also influence the appearance of ancestors, or whether dreams can help to make decisions.”

Nearly a quarter of respondents reported that their cultural background had played a role in how their interpreted their pandemic dreams. One respondent reported dreaming of snakes – usually a good sign in the respondent’s Hindu culture. Another dreamer reported seeking safety, even when danger had passed, which they attributed to cultural background.

“Threat perception is dependent on your culture,” says Abbas, who illustrated some of the reported dreams for the team’s report. “The way you understand external threats would be perceived the same way.”

The student study is related to a larger research project headed up by Samson, whose current research explores the idea that dreams may prime us for next-day behaviour. Samson recently received support from the John Evans Leadership Fund infrastructure grant from the Canadian Foundation for Innovation to build a unique sleep laboratory focused on testing evolutionary hypotheses about the function of dreams.

“If we rehearse an event in the alternate state of consciousness we call dreaming – usually manifesting as a social or physical challenge in our environment – we are biologically priming our success if we happen to face those threats in the future while awake,” Samson says.

“There is the tantalizing possibility that the way our Paleolithic ancestors dreamed may have enhanced their likelihood of survival and reproduction. In other words, from the vantage point of natural history, dreams may be part of the human success story.”

The researchers say we can take comfort in the knowledge that people everywhere are sharing common experiences, even while asleep.

“Talking about your dreams or thinking it through can sometimes help make these connections,” Kilius says. “We would reassure people that this appears to be normal, and that they aren’t alone.”