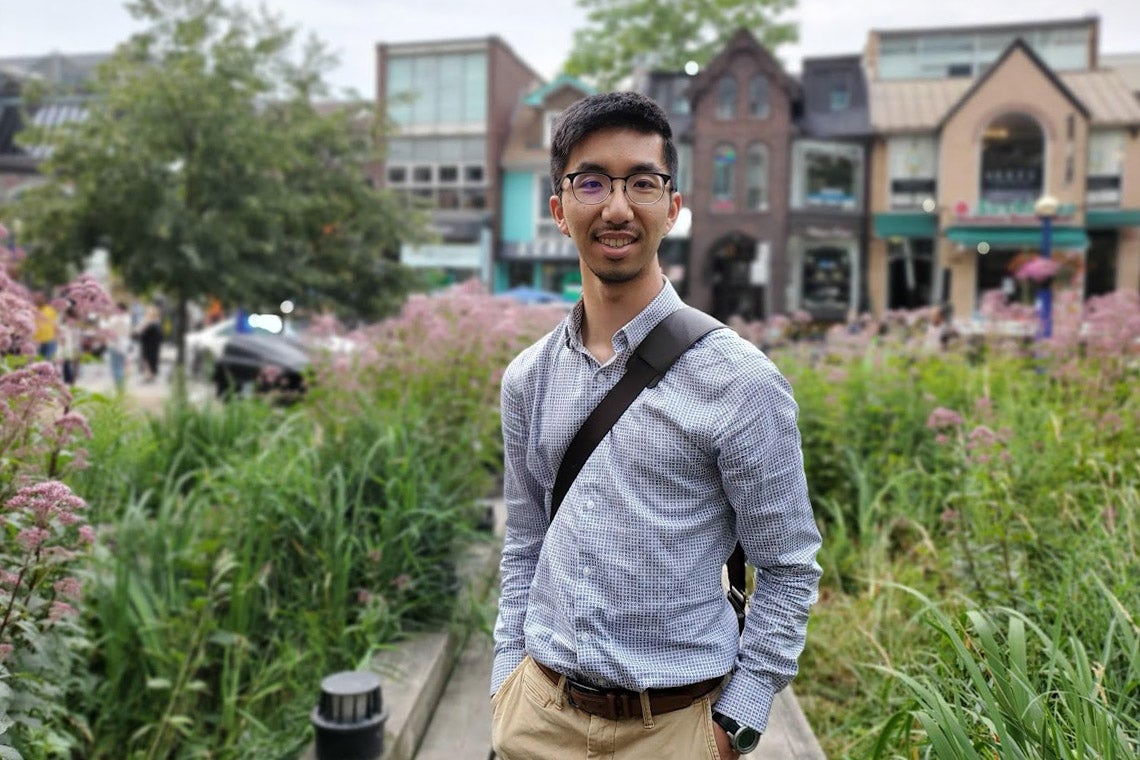 Overseen by lead data scientist Lyndon Chan, Parlawatch scrapes official transcripts from Question Period in the House of Commons and uses natural language processing to generate daily summaries. It also creates visualizations that show which topics are discussed in Parliament, and the sentiments of political parties on various issues.

The goal is to help people cut through clutter, misinformation and bias so they can make up their own minds about how Canada’s political parties are representing constituents.

“We were finding it hard to follow what’s happening in Parliament, so it made sense to do this project to summarize what’s happening so the average citizen can keep track [without] having to read an entire transcript,” says Chan, who graduated with a master’s degree in electrical engineering from U of T’s Faculty of Applied Science & Engineering last year.

“We try and condense proceedings in a way that’s understandable to the average person.” 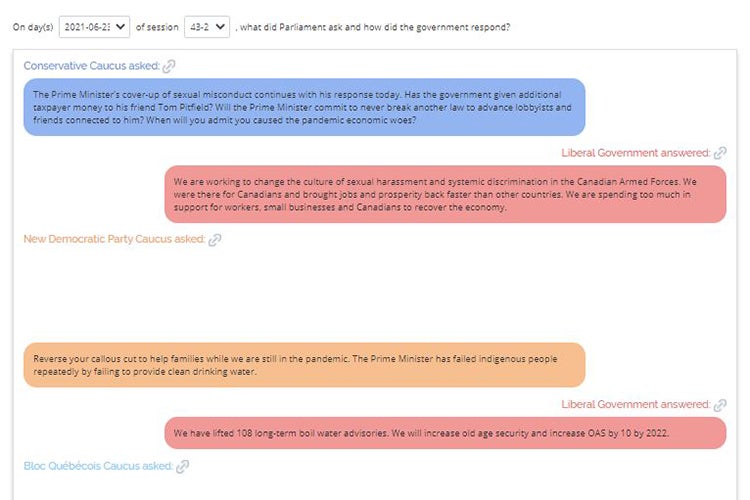 Parlawatch creates text summaries by grouping Question Period transcripts into sets of questions posed by opposition parties and answers provided by the government.

Chan says Alphabyte Solutions, co-founded by U of T alumni Ahmad Nameh and Adam Nameh, was keen to demonstrate the potential of natural language processing technologies. “We saw that there was a lot of potential for practical use, but other companies either didn’t know about it or didn’t have the expertise to push it through,” he says. “We knew there were advanced algorithms out there, including for text summarization, and thought a good use case would be government data.”

Parlawatch’s text summaries work by grouping Question Period transcripts into sets of questions (posed by opposition parties) and answers (from the government), using AI to summarize the exchanges, and then grouping them according to party and date. The platform offers summaries for Question Period exchanges as far back as 2001. The sentiment analysis feature makes use of existing machine learning models that have been trained to assess sentiment on other data sets.

With Canadians re-electing a Liberal minority government this week, Chan provided a few examples of how citizens can use Parlawatch to glean insights into opposition parties’ stances toward the government on various issues, and their criticisms of the ruling party.

“For example, you can set a filter on the topic of COVID-19 and see what the parties are thinking about the government’s handling of the pandemic over time.”

This tool can also show what parties are choosing as their main criticisms of the government, by allowing users to see which topics invoke the most negative questions from the opposition parties.

There’s also the topics timeline, which Chan says can showcase the main themes that are discussed in Parliament.

“And you can check out the daily summaries because they show you – in text form – what’s actually happening.”

In addition to engaging regular citizens, Chan says he also envisages Parlawatch being a useful tool for journalists and news organizations down the road.

“We hope to build this product so that we can offer our services to different news organizations across Canada, so it becomes a part of their regular news arsenal,” he says. “Let’s say a news outlet wants to search for a particular quote from a parliamentary session, we can go back and crop the video of that automatically, so they don’t have to do it manually.”

For the time being, however, Chan says Alphabyte Solutions is focused on finding ways to use AI to help regular Canadians engage with what’s happening in federal politics. “Our hope is that this can become something the average person can look to regularly as a go-to source to keep track of what’s happening in Parliament.”

“Parlawatch really made us rethink how the average Canadian consumes this information. Sitting through an entire parliamentary session is mostly out of the question, and most people choose to shut the blinds instead,” Nameh says.

“Our American counterparts have FiveThirtyEight and other data-driven tools which they can go to. Meanwhile, our House of Commons sittings were perfectly transcribed and were an open field waiting to be harvested.”

In the future, Nameh says Parlawatch is also seeking to generate engagement on social media with its Twitter bot and TikTok videos.