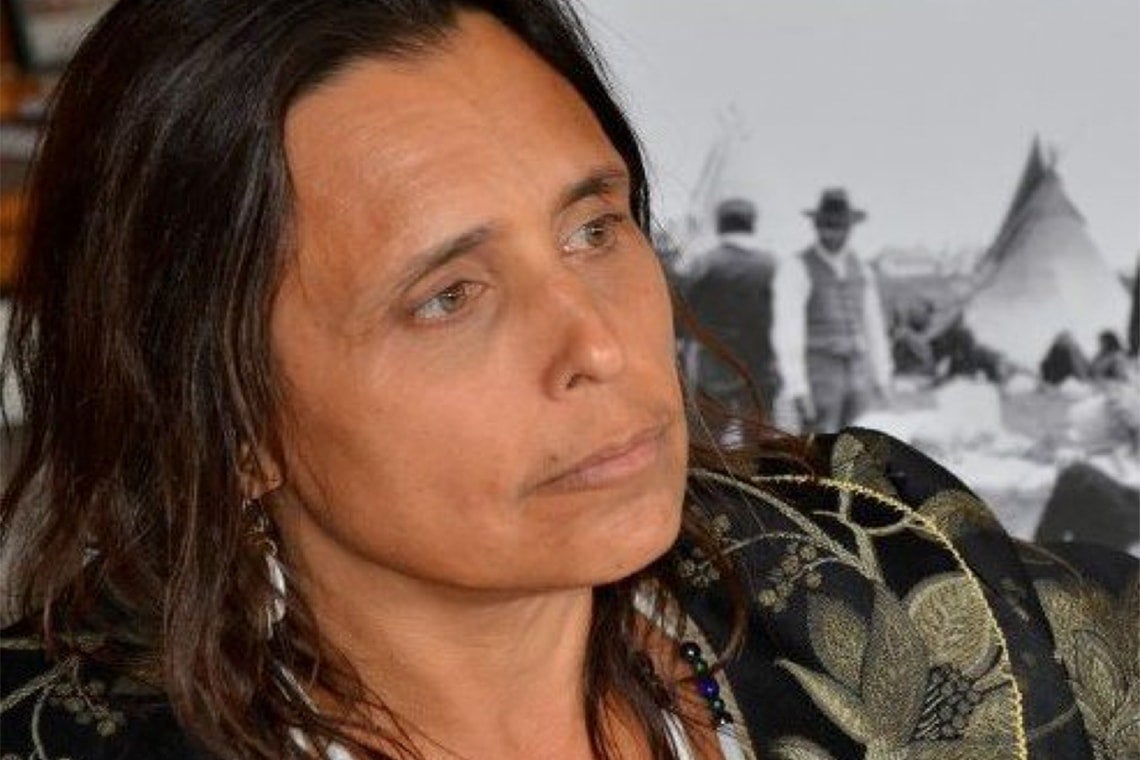 Winona LaDuke – Indigenous environmentalist, economist and author from the White Earth Reservation in Minnesota – will give a free public lecture at University of Toronto's Convocation Hall on Sunday.

LaDuke led water protectors at Standing Rock, twice ran as a vice-presidential candidate with Ralph Nader for the Green Party in the United States, and has written extensively on Indigenous and environmental issues. Originally from New York, the alumna of Harvard and Antioch universities is known as a leader in issues of culturally based sustainable development, as well as renewable energy and food systems. LaDuke advocates internationally for the protection of Indigenous plants and heritage foods from patenting and genetic engineering.

Her Sunday lecture is part of a larger “Water is Life (but many can’t drink it)” event, bringing together artists, activists, scholars and students to talk about issues relating to water protection, the fossil fuel industry and Indigenous sovereignty.

“I’m really excited that we’re coming together and figuring out how to defend water rights here,” says Michelle Murphy, a history professor who is bringing her second-year gender and environmental injustice class to the event.

Murphy is part of a collective of students, faculty and staff at U of T and beyond who organized the event around LaDuke's planned speech. The gathering will include music and special discussions, coinciding with the Indigenous-led Great Lakes Water Walk taking place earlier in the day.

Deborah Cowen, an associate professor in the department of geography and planning in the Faculty of Arts & Science, spoke to LaDuke just as the struggle at Standing Rock blew up, garnering news headlines worldwide. Cowen, a Trudeau Fellow whose research looks at how conflicts over infrastructure have come to define political landscapes, says she invited LaDuke to come and speak at U of T.

“I was excited about the energy she was bringing to these issues, and it was really clear that there was a lot of momentum in Toronto – especially on our campus – around Indigenous sovereignty and water protection,” says Cowen.

LaDuke accepted Cowen's invitation in January, and not long after a collective called the Mooshkahan – meaning "they overflow/flood" – was formed to create an entire water-themed event around LaDuke's talk.

The result? An event featuring music, art and dialogue exploring themes of water and Indigenous sovereignty.

Sunday's event will feature the world premiere of Beverly McIver’s musical suite Boozhoo Manoomin, with performances by Melody McKiver and Ruhee Dewji, and a dialogue with Erin-Marie Konsmo, Christi Belcourt, Isaac Murdoch of the Onaman Collective. Karyn Recollet, an associate professor at U of T, and Syrus Marcus Ware, an artist, activist and core member of Black Lives Matter Toronto, will emcee.

“We knew there would be a large audience for this, and we hope it will contribute to some of the community-building and environmental work that is happening here in the city,” says Cowen.

The event is sponsored by Cowen's project – Infrastructure Otherwise – as well as U of T’s Indigenous Initiatives Office, the Indigenous Education Network, New College, Great Lakes Waterworks and the Indigenous Futurisms Project.

“We need water testing. We need ways of holding polluters accountable. We need regulations. We need respect for Indigenous sovereignty – all those things completely exceed any discipline.”

Tickets are free and available online. The event runs from 5-8 p.m. on Sunday at Convocation Hall, 31 King's College Circle.